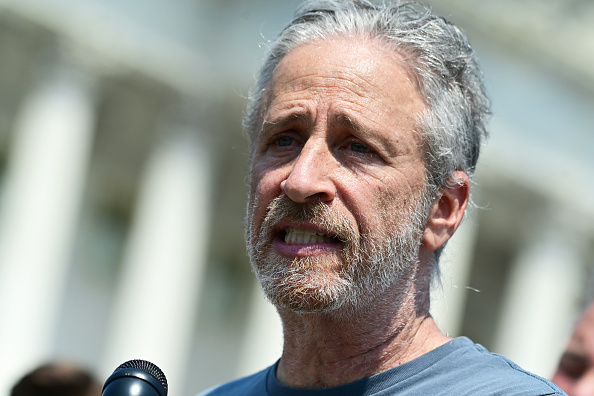 In more recent times, we have largely ignored the many transphobic remarks that JK Rowling has made on social media so as not to give them any more fuel than necessary. JK Rowling is transphobic. This has been established. It is irrefutable. More examples of her transphobia are not needed.

However, Sean Gunn — brother of James, star of The Guardians of the Galaxy movies and various other MCU entries, as well as Gilmore Girls — provided a different perspective in a Twitter rant against the Harry Potter author. Specifically, he asked “Why does JK Rowling even think that she is able to speak on the matter because it’s not like she’s an expert on the topic? She’s just a bigot with a lot of followers.”

No, actually the “question at the heart of this debate” is, why do YOU (essentially just a rich person with opinions) merit being listened to as though you’re an expert here? https://t.co/f6UKe9gcTj

How is it possible that at no point, not a single day, has an intelligent person such as yourself woken up, looked in the mirror, and said to yourself, “maybe I should STFU about this because I might not know what I’m talking about?”

It’s a staggering amount of inflated self-importance and lack of humility.

There’s a difference between being “silenced” and being encouraged that your opinion is not welcome or helpful. You’re still young enough to learn this difference, and I remain hopeful that you will.

He is not wrong, and this may be one of the problems with the fact that social media has no real gatekeepers. Anyone can call themselves an expert. It’s different, however, when a Twitter egg with 12 followers proclaims himself an expert on COVID before hyping horse paste and Colloidal silver, but it’s quite another when a person with 14 million followers and expertise on Hogwarts starts offering opinions on issues over which she has no real authority.

Not that one needs a massive intellect to understand that hatred of trans people is no different than hatred of Black people or Jews. It’s all bigotry, and Jon Stewart should know this. He, after all, took JK Rowling to task yesterday for the anti-Semitism in her Harry Potter series:

I wouldn’t say that Stewart broke Hollywood’s silence on the anti-Semitism in Harry Potter — Pete Davidson said something very similar in 2020 on “Weekend Update” while also taking Rowling to task for her transphobia. It’s unclear where exactly Jon Stewart stands on Rowling’s transphobia, but he has supported his friend Dave Chappelle, an outspoken defender of Rowling, saying that his intentions are “not hurtful” and “and if it is [hurtful], it’s certainly unintentional … He’s really a good man.” He obviously does not afford JK Rowling any such benefit of the doubt, though both Rowling and Chappelle seem to be both equally and as forcefully intentional about their transphobia.