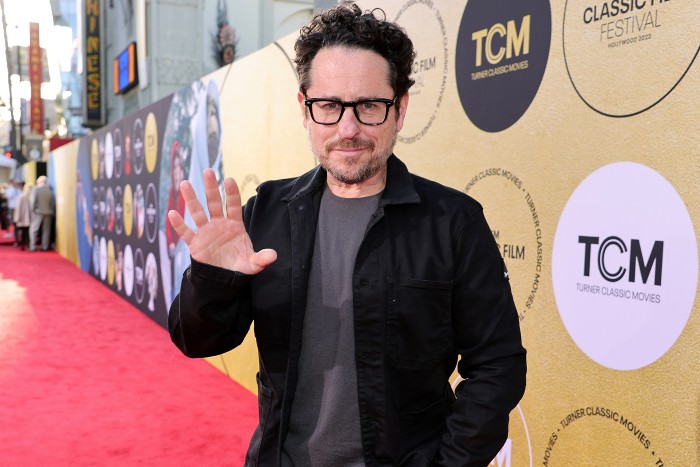 J.J. Abrams Could Be Getting the Axe at Warner Bros.

J.J. Abrams’ Bad Robot is reportedly not in the best graces of the newly formed Warner Bros. Discovery. The company is looking to cut budgets, and one big target is Abrams’ production studio, which has been very slow to develop projects. Most notably, Abrams’ previously announced sci-fi series for HBO Max, Demimonde that could be axed before it even starts filming. WB Discovery is also not thrilled that Bad Robot called dibs on several DC Comics properties and let them sit on the shelf. (THR)

Sebastian Stan and Annabelle Wallis are probably hooking up after being photographed with faces smashed together at Robert Pattinson’s birthday party. (Lainey Gossip)

Oh, sh*t, speaking of hooking up. This was becoming a thing before America did what America does, but Florence Pugh denied dating Will Poulter and made it a point to accuse everyone of bullying Zach Braff by insinuating she finally ditched him. More importantly, I thought it was weird how the Daily Mail went out of its way to say Pugh is still with Braff when it behooved them to milk those photos for all their worth. Turns out they were milking them in a different, insidious way: Editing the pics to look more salacious than they really were. Of course. (Uproxx)

Uvalde native Matthew McConaughey calls for “action,” which is good and definitely true. But he refused to say what that “action” is because it’s gun control. We need gun control. (Dlisted)

Khloe Kardashian doesn’t like people saying she had a “face transplant.” It was just “one nose job,” OK? Definitely one, singular nose job going on here. Nothing else. (Celebitchy)

found this INCREDIBLY powerful pic of miss piggy from her 1983 calendar pic.twitter.com/yAiE81bpRO

For Slash Film, Kayleigh wrote about why we should let more women be mega-muscled in pop culture. (/Film)

From Dustin: “The Depp-Heard trial has just trained millions of people to discard their own empathy, their own rational judgment, in exchange for the gleeful mockery, rejection, and belittlement of a woman making herself vulnerable in public.” (Vox)

From James: She probably wishes she picked a better title. “Author of How to Murder Your Husband book convicted for murdering her husband.” (NYT)

From Jen: Sad trombone noise. “Someone stole Seth Green’s Bored Ape, which was supposed to star in his new show.” (BuzzFeed)

Any and all thoughts on the movie aside, here's the beautiful moment Drew Barrymore and Ryan Kiera Armstrong - the two Charlies in Firestarter - met for the first time and both broke down in tears immediately. pic.twitter.com/yR6fIPEeNm

Finally, some goddamn good news. Josh Duggar is going to prison for the next 12 years. I’ll take it! (AP)

And we’re right back in the sh*t. Please stop asking Quinta Brunson to make a “school shooting episode” of Abbott Elementary. Nobody wants that. (Twitter)

Make it all better, neat interview about how figuring out the look of the Batmobile was the key to designing The Batman’s Gotham. (AV Club)

Mikki Blu gave Payback’s a Witch 4 stars for a lot of reasons. "The world (Lana) Harper has created is so magical, I just wanted to be there myself just to soak up the atmosphere." Which book setting would you like to visit? (Cannonball Read 14)

This is the first and only thing that genuinely made me laugh out loud today. In fact, I was honestly scared to not feel dread for five seconds. May it do the same for you.

a book about love pic.twitter.com/VHSNZfZMvk