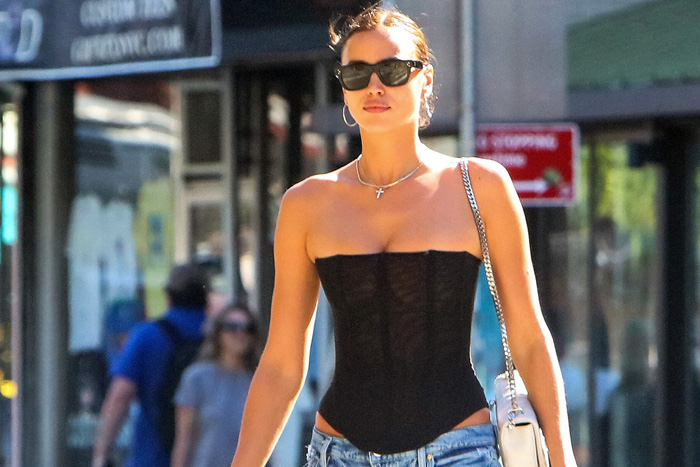 False alarm: Kanye West and Irina Shayk are still together, and she’d really like it if everyone stopped saying they broke up or she’ll sue your ass. (Dlisted)

From Andrew: Space Jam 2 really missed out on a great new theme song.

I had the honor of getting to sing a song in the new space jam movie! Here is my scene pic.twitter.com/7FBwP2cz1a

From Roxana: A thoughtful take from New Yorker critic Helen Rosner, whose interview with director Morgan Neville revealed his use of deepfake technology to recreate Anthony Bourdain’s voice, on that process, the future of the technology, and our complicated reaction to that element of Roadrunner. (New Yorker)

This is the funniest thing I’ve seen on here I think pic.twitter.com/TNtrm06xGo

Matt Taibbi’s puff piece on Tucker Carlson is proof that he can’t do journalism anymore. (The Banter)

After basically a decade, Frank Darabont finally secured $200 million in a settlement with AMC over The Walking Dead profits. (THR)

I forgot to link this last week, but here’s a fascinating and hugely revelatory thread from the co-founder of DogeCoin on why cryptocurrency is “an inherently right-wing, hyper-capitalistic technology built primarily to amplify the wealth of its proponents through a combination of tax avoidance, diminished regulatory oversight and artificially enforced scarcity.” (Jackson Palmer)

Halbs enjoyed The Municipalists by Seth Fried, though it was hard to define. "It feels a bit like an odd couple buddy cop movie, a social satire, a sci-fi adventure, and more." What’s the most interesting book you’ve read recently? (Cannonball Read 13)