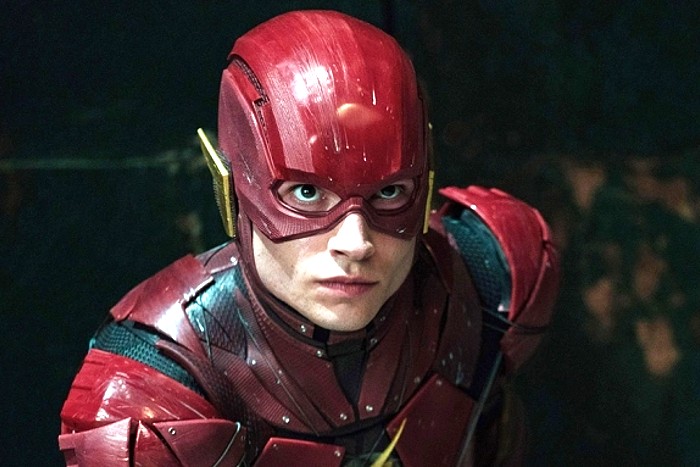 As James Gunn continues to reboot/retool the DC Universe, it’s pretty much been assumed that Ezra Miller will be out after The Flash hits theaters and theoretically recoups a whole much of money because Warner Bros. Discovery is convinced — convinced — that it’s going to crush at the box office thanks to test screenings. Miller has been a whirling dervish of bad press, and until now, inside reports have said that their future with the studio is on “pause” after The Flash. Or is it?

Buried in a new report on The Rock basically exploiting a leadership vacuum to cram through Henry Cavill’s now ill-fated return as Superman is this interesting nugget about Miller:

As for what else Gunn and Safran have planned for DC’s future, sources describe it as a broad but not blanket reset. At this point, nothing is ruled out. Given that Miller has stayed out of trouble since beginning mental health treatment in the summer, some executives are amenable to continuing with the actor as the world-saving speedster after “The Flash” bows on June 16.

T.J. Holmes’ estranged wife has broken her silence and is understandably not thrilled about his lack of discretion. (Dlisted)

From Kaleena: The Kevin McCarthy debacle is paying dividends as far as internet humor goes. (TikTok)

Edward Norton is a descendant of Pocahontas. Like legitimately, not some weird Elizabeth Warren type shit. Even he’s surprised. (CNN)

From Petr: “We were the most gangsta as you could be, but that day at Dionne Warwick’s house, I believe we got out-gangstered.” (Billboard)

That Chris D’Elia documentary I recommended before the holidays is actually starting to cost him gigs. Good. (Rolling Stone)

Stephen Amell is coming back for the non-problematic Flash finale. (TVLine)