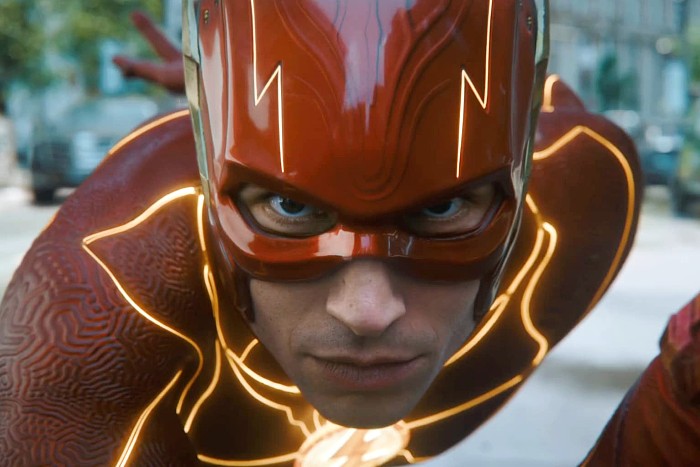 For the first time in 17 years, Warner Bros. will purchase a promo spot for… The Flash. As in The Flash movie starring Ezra Miller who did a whole bunch of Ezra Miller stuff that hasn’t come anywhere close to being handled outside of a dubious statement saying they’re getting treatment. As for why the cash-strapped WB Discovery is willing to plunk down change on a movie with a troubled star, it reportedly continues to test through the roof. In other words, they smell money. A whole bunch of money that they desperately need to at least break even on this train wreck. (The Wrap)

Keanu Reeves did not disappoint us in 2022. (Lainey Gossip)

From Lainey: It’s the MOST wonderful time of the year! The 2022 Hater’s Guide to the Williams-Sonoma Catalog is out! (Defector)

28 Republicans who have been out here calling gay people “groomers” just voted against a child sex abuse bill. (Jezebel)

From Jen: This is a phenomenal sculpture. (Wikipedia)

Emily Ratajkowski has a message for white men on dating apps. (The Cut)

Madison Square Garden is using facial-recognition scanners to… block lawyers whose firms are suing them for any reason from seeing The Rockettes. Oh okay. (TODAY)

If you are looking for a new-to-you fantasy novel, llamareadsbooks recommends The Unbalancing. "There is no one else in the world that writes fantasy like R.B. Lemberg: lyrical, heartfelt, and queer, the kind of deeply thoughtful writing that leaves you pondering things long after you’ve finished the book." Which books do you think aren’t getting the attention they deserve? (Cannonball Read 14)

Mike Drop: Alright, folks, this will be the last Pajiba Love until Tuesday, Dec. 27. However you spend the next couple of days, I hope they’re full of good food, good company, peace, and rest. Happy Holidays!