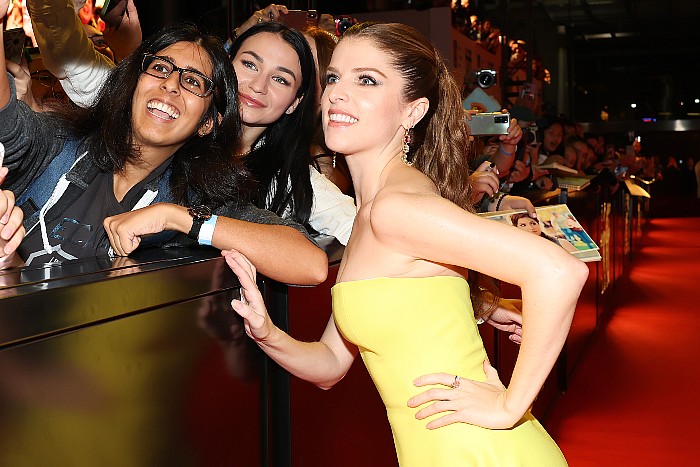 Anna Kendrick stopped by Armchair Expert where, of course, Dax Shepard made everything about him and Kristen Bell. During a particularly awkward moment, Shepard revealed that Kendrick is the only person that makes Bell insanely jealous. After noting that hearing that information is “bizarre,” Kendrick then revealed that she always thought Bell hated her, and well, now she knows for sure! (PEOPLE)

Kanye’s lawyers are dumping him via newspaper ad. (Dlisted)

Lea Michele claims Barbra Streisand sent her a note, but could she read it? (Celebitchy)

From Dustin: Nick Cave thinks the song written by ChatGPT in the style of Nick Cave “sucks.” (The Guardian)

Getty Images is suing the creators of AI art tool Stable Diffusion for scraping its content, which is almost definitely bad news for Stable Diffusion. You do not f*ck with photo copyrights. Ever. (The Verge)

Wizards of the Coast reportedly pulled back on its controversial Open Game License update after people started cancelling their D&D Beyond subscriptions. (Gizmodo)

Mike Note: Because we didn’t have a Pajiba Love last night, you get two Cannonball Read links today. Do enjoy!

Dreadpiratekel enjoyed T. Kingfisher’s The Hollow Places all the way through. "Not vital to the plot but amusing to me was the fact that our protagonist wrote fanfic (no fandom identified!) going so far as to indicate that she was mentally tough because of her armour being developed during fanfic ship wars…" Which books have stuck the landing? (Cannonball Read 15)

ElCicco started her CBR15 Passport Challenge with The Wee Free Men by Terry Pratchett, recommended by narfna. "Tiffany is a wonderful hero in my opinion because she is driven by righteous anger to do what is right." Who are your favorite heroes from books? (Cannonball Read 15)