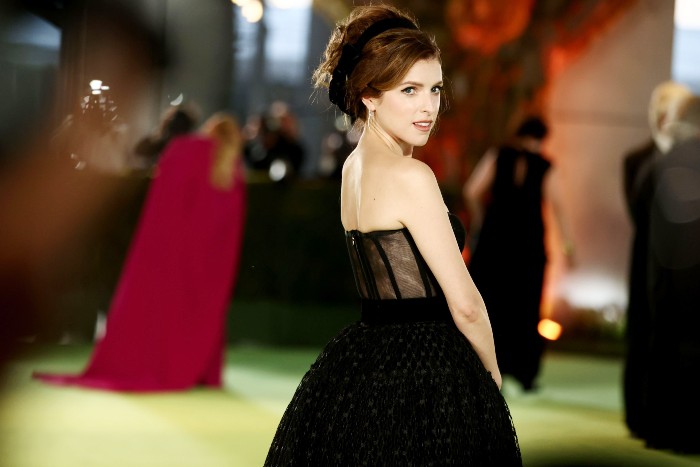 It’s almost impossible for celebrities to hide anything these days, so kudos to Anna Kendrick and Bill Hader for quietly dating for over a year. That said, after Rachel Bilson, he really has a type, huh? No judgment! (People)

Angelina Jolie uses her platform to amplify the work that still needs to be done to protect victims during Violence Against Women Act Virtual Rally. (Lainey Gossip)

I’m not usually on Kanye West’s side, but is Kim Kardashian seriously going to act like nannies aren’t raising their kids? C’mon, lady. (Dlisted)

Lena Dunham forgives herself for her racism, everybody. (Celebitchy)

As someone who unabashedly watches the original every year, can we not? Please.

A sequel to the holiday classic #AChristmasStory, which will premiere on HBO Max, is in the works 🎅🏻🎄 https://t.co/bhnhEIclnY

In another case of Republicans wildly projecting their own actions, Lauren Boebert asked a group of Jewish visitors to the Capitol if they were doing “reconnaissance.” (Buzzfeed)

The Batman is going to be long as hell. (THR)

Jamie Lynn Spears brought receipts to prove that she tried to get Britney out of her conservatorship but was thwarted by their dad and his legal team. (Daily Beast)

I’m going to stop posting my Wordle wins at night, but damn, if this tweet didn’t get my ass. At least take me to dinner first.

Caitlyn Jenner is still out here proving that she’ll always be a Republican first. (Mediaite)

A judge has ruled that Danny Masterson’s accusers do not have to go through Scientology arbitration. (Variety)

Kyle Rittenhouse is reportedly filing to get his gun back so he can destroy it. On the one hand, yeah, okay, sure. This kid did a MAGA-land world tour the second he was acquitted. Then again, he also said he supports BLM and told right-wing radio hosts that what he did wasn’t cool while shitting on Lin Wood, so this honestly could go either way. (NY Daily News)

Auntadadoom, returning after a long hiatus from Cannonball Read, had high hopes for Nisi Shawl’s Everfair. "The more I’m writing in this review the more it sounds like I hated this book or think it’s bad, and that is emphatically not the case." Which books haven’t lived up to your expectations? (Cannonball Read 14)

This is Moo. He’s still getting the hang of things, just in general. 12/10 aren’t we all pic.twitter.com/a1YSrx0pR7

← 5 Shows After Dark: 'La Fortuna' Premiere AMC+, 'Women of the Movement' First Season Finale ABC | 2021's Most Watched Streaming Series Was NOT 'Squid Games*,' Which IS Getting a Sequel →