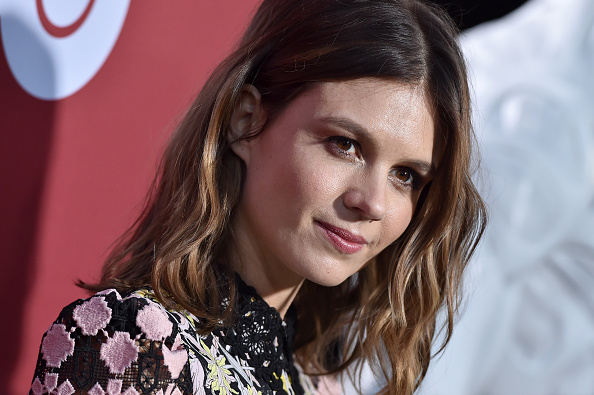 Pajiba 10 For Your Consideration: The Exquisite Katja Herbers

I hate to begin the Pajiba 10 FYC campaigns with the same line that I began last year’s, but 2021 has been a terrible year. I will say this, completely separate from the Pajiba 10, that as bad as this year (and last) have been, they have also produced untold kindnesses, a lot of opportunities for reflection, and for some of us, the ability to spend more time with our loved ones. But that is neither here nor there where it concerns the Pajiba 10, which was pushed from summer to the end of the year by last year’s pandemic, and here is where it remains, at least for the year.

And so, the Pajiba 10 season is officially upon us. The staff will trot out our For Your Consideration posts over the next week and a half. Over the Christmas break, voting will commence, and the distinction of being named the winner of the 2021 Pajiba 10 — our 15th Annual! — will be announced on New Year’s Eve. Between now and then, the staff will make suggestions, and if past years are any indication, most of them will be ignored by our readers, who ultimately make the final decision.

I’d like to think, however, that the Dutch actor Katja Herbers might break through this year. Here’s a solid reason she should be considered:

Yes, the photo is nice! Katja Herbers is a smokeshow. But also, read what she writes. “I believe there is something deeply wrong with the way we treat the world. As do many anti-vaxxers. I, however, don’t believe at all that covid is some ploy, that we are purposely being divided, that there is a conspiracy, outside of what we could call ‘the conspiracy of capitalism’ and the way we are ruining our planet. I am grateful for all the scientists and doctors and the vaccine.”

Over the last few years, social media has given us a glimpse into the thoughts and beliefs of a lot of celebrities, and I have to say: More often than not, it’s been disappointing. That has decidedly not been the case for Herbers, whom I first noticed in the little-seen Manhattan before she made some notable appearances in The Leftovers and Westworld. She’s best known, though, for her remarkable work on the remarkable but too often overlooked Evil, which is genuinely one of the smartest and most enjoyable shows on TV. Much of that has to do with Katja Herbers (but also, let’s be honest, Mike Colter, Aasif Mandvi, and Michael Emerson). You may not ultimately vote for Herbers in your Pajiba 10, but maybe this will encourage you to watch Evil, because it is a decidedly Pajiba kind of show: It is a smart exploration of faith and science, it is sexy as hell, and occasionally it is also legitimately terrifying.

But back to Herbers: I truly fell in love with her because of her interview on Colbert, her first late-night interview ever. Yes, she’s attractive as all hell, but also, what a charming delight.

But if you don’t feel like watching a clip, there’s this, too:


← Review: Paolo Sorrentino Scores An Almighty Goal With 'The Hand Of God' | Chris Pratt Wrote About His Wife on Instagram Again →