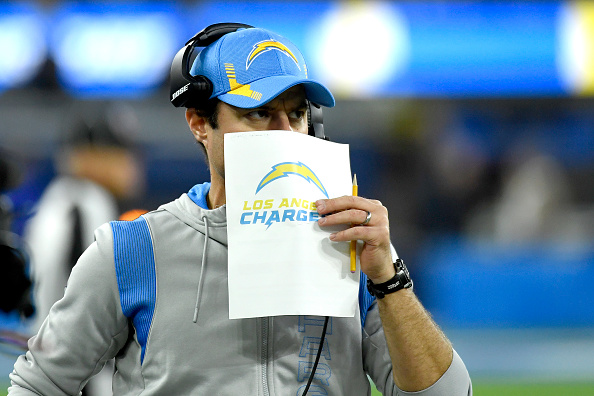 I know that we’re not a football site unless Aaron Rodgers is saying something dumb about vaccines, but the last day of the regular season is always interesting, most often for the head coach firings that follow. Already the Denver Broncos, Minnesota Vikings, Chicago Bears, and Miami Dolphins have canned their coaches, and I suspect another couple of firings will be announced today — the Giants, perhaps, after they ran the worst quarterback sneak in the history of the NFL.

The Giants are running their offense like a 70-year-old playing Madden for the first time.

“LOL. I think you just ran a quarterback sneak, grandpa.”

Yesterday was a miserable day if you are an Indianapolis Colts fan, as they failed to win either of their last two games — a win in either would have put them in the playoffs. Yesterday’s loss was particularly painful because it came against the worst team in the league, the Blake Bortles-less Jacksonville Jaguars, who allowed the New England Patriots to put up 50 points against them last week. Carson Wentz is a bad quarterback. This is not a controversial statement. Meanwhile, the San Francisco 49ers came back from a 17-point deficit in the second half against the Rams to pull off a win and advance to the playoffs, as well.

Many of the other games were mostly meaningless, although the Manningcast Curse remained undefeated after Aaron Rodgers’ Green Bay Packers lost to the woeful Detroit Lions (the team of every active player who appeared on Peyton and Eli Manning’s broadcast this season lost their game the following week). The Patriots lost a chance at a division title by falling to the Dolphins (although, with the Bills win over the Jets, they’d have won the division anyway). The Cardinals and Rams, likewise, limped into the playoffs along with the Patriots, while the Tennessee Titans secured the top seed in the AFC and a first-round bye (the Packers gained that honor last week).

The real excitement yesterday, however, came with the Steelers, Chargers, and Raiders. When the Colts lost to the Jaguars, it opened up a lot of possibilities for other teams to sneak into the playoffs. Among them were the Steelers and the Ravens, vying for an opportunity to sneak in. The Steelers ended up pulling off an overtime victory in an otherwise dreadful game, and it looked like Ben Roethlisberger — set to retire at the end of the season — would be able to extend his season into the playoffs. The only way the Steelers wouldn’t advance to the playoffs was if the Chargers and Raiders — who played each other last night — didn’t end their game in a tie, which would never, ever happen.

Or would it? The Raiders and the Chargers played a hell of a game on Sunday night in the regular-season finale. The winner would advance to the playoffs with one caveat: If there was a tie, both teams would advance and the Steelers would be eliminated. No one expected this.

The Raiders pulled away late, seemingly leaving the Chargers’ playoff hopes for dead. However, in the last six minutes of the game, second-year phenom Justin Herbert managed to help the Chargers score 15 points after converting five of six fourth downs (and a penalty flag offset the other). The Chargers miraculously forced an overtime, and pushed the game into the early minutes of the morning (for some reason, NBC cut out on Hulu in my area at midnight, and I had to scramble to find the game on Peacock).

A tie in overtime is still not that likely, but it happens, and it’s what basically everyone was rooting for, because after a game like last night’s, the Raiders and the Chargers seemed like teams that both deserved to go to the playoffs. They both might have if not for an ill-advised time-out.

With 38 seconds left, the Raiders were basically ready to run one more play and let the game clock out run out. Inexplicably, however, the Chargers CALLED A TIME-OUT. Chargers’ coach Brandon Staley would later say that it was so that they could get better personnel into the game to stuff the run, but the sense the Raiders got was, “Well, f**k off. If you’re going to call a time-out and try to win, then we will make a more concentrated effort to win ourselves instead of tie.”

As it turns out, the run-stuffing personnel did not execute well, and Josh Jacobs picked up about 10 yards, enough to put the Raiders into field goal range. They kicked it and won. The Chargers were eliminated, and saddest turn of all is that the Steelers and Ben Roethlisberger — a terrible team led by a terrible person — advanced to the playoffs along with the Raiders. Now we won’t get to watch Justin Herbert play next week.

DANIEL CARLSON FOR THE WIN.

And yes, as Derek Carr noted after the game, the time-out did change the equation.

Did the #Chargers timeout change the #Raiders strategy? “Yeah, it definitely did, obviously.” pic.twitter.com/oN2wd9bVPi

In fact, you can see here a Raiders player telling Chargers’ running back Austin Ekeler that if they hadn’t called a time-out, they’d have run out the clock and ended the game in a tie. Ekeler’s face. Ouch.

Watch this. The Raiders player tells Ekeler they were going to run out the clock before he called timeout pic.twitter.com/3wNNQ5DNfd

The only upside here, however, is that the Raiders managed to make the playoffs even after firing Jon Gruden earlier this season for being a bigot, becoming the first team to advance to the playoffs after firing a coach mid-season.


← 'Bel Air' Trailer: The Fresh Prince Reinterpreted as 'Euphoria' | 'The Daily Show' Has Tips For What To Do With Your Cloth Masks →