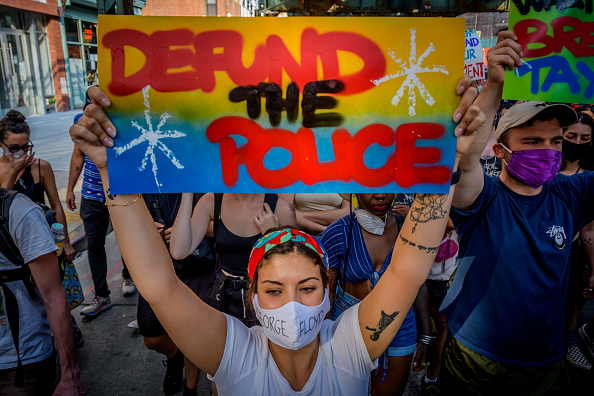 The first time I learned not to trust the police was when I was eleven years old, and had first started attending junior high school.

In Brooklyn, New York, on my way home from school one day, I was walking down the street and as I was a few minutes away from reaching my house, a white police officer on patrol pulled up next to me in his Smurf Car (which look like this and are white on top and blue on the bottom, hence the nickname). He demanded to know where I was going. I told him I was going home. I don’t remember the rest of what he said to me, but I do remember that when I continued walking home, I noticed that the officer was driving really slow in his Smurf Car as he was following me and watching me. Because I was a child who grew up watching horror and suspense movies that I had no business whatsoever watching at such a young age (as well as television shows in the ’80s with a lot of Very Special Episodes that scared the shit out of me, including that one episode of Diff’rent Strokes where Sam got kidnapped by a married couple to replace their recently deceased child and who threatened to kill Sam’s parents if he didn’t behave), my first thought was that he wasn’t really a cop, but actually a serial killer or a kidnapper disguised as a cop. Instead of walking to my house and letting him know where I lived, I instead went past my house and continued walking around the entire block in circles while this officer kept following me at 5 to 7 miles per hour. When I realized that he was going to keep following me, I decided to go someplace with large crowds, so I began walking to my local supermarket. As I got closer to the supermarket, the officer finally lost his patience as he pulled over his Smurf Car, got out, and walked over to me while demanding to know why I was just walking around and not going home. I demanded to know why he was following me. He asked me the same question again as to why I wasn’t going home, to which I responded with my original question on why he was following me. When he realized that I wasn’t going to give him the answer he wanted (and all of this was happening next to a group of kids my age who were also going home from school), he finally gave up, got back in his Smurf Car, and drove away, probably to find some other Black and brown kids to scare and interrogate on their way home from school. Even after he left, I still went to the supermarket and browsed the aisles until I felt safe enough to go home. Whatever need I had to like or trust the police after that experience was pretty much gone.

It has been sixteen days since George Floyd was murdered by Officer Derek Chauvin of the Minneapolis Police Department when he pinned him to the ground with his knee on his neck and back for eight minutes and forty-six seconds, making it increasingly impossible to breathe, despite the fact that Floyd kept telling Chauvin repeatedly that he couldn’t breathe, and despite the fact that Floyd wasn’t a threat and that Chauvin had two other officers pinning him down to the ground as well. If you’ve been paying any attention to current events, you’ve seen the video footage that shows everything I just described.

If you’ve been paying attention to current events, you’ve seen news coverage of the protests that have occurred worldwide as people have marched in support of #BlackLivesMatter and to speak out against police officers for the death and brutality and mistreatment that far too many Black and brown people have suffered and keep suffering at their hands.

If you’ve been paying attention to current events, you’ve seen how police officers have responded to protesters speaking out against their horrible treatment of the people they’re supposed to protect and serve … by beating them with their expandable batons, shoving them down to the ground hard enough to split their heads open and suffer concussions, or hard enough to fly out of their shoes and suffer immense back pain as a result, arresting reporters for having the audacity to stand with a microphone in hand in front of a CNN news crew with cameras and report on their surroundings, shoot at reporters with rubber bullets, shoot at homeless people in wheelchairs with rubber bullets, shoot at civilians standing on the stoop on their own homes with rubber bullets, shoot at civilians with pepper spray and tear gas which often results in death and/or severe respiratory issues for people who are still trying to remain alive in the middle of a worldwide pandemic, harassing reporters for writing articles that are critical of this very behavior, slashing and stabbing tires of vehicles belonging to protesters, doxxing the daughter of New York Mayor Bill de Blasio after she was taken into police custody at a protest, and too many other horror stories to list here.

It is this type of conduct that not only resulted in Minneapolis Public Schools severing all ties with the Minneapolis Police Department, but also in the Minneapolis City Council stating its intentions to defund and disband the police department. It is this type of conduct that resulted in the New York Police Department being called out all over the news and on social media when they weren’t hearing protesters not only turn “Move, Bitch!” by Ludacris into a protest anthem, but also chanting our local catchphrase, “NYPD, SUCK MY DICK!” It was the responses to their conduct that wound up resulting in this press conference being held by Mike O’Meara, president of the New York Police Benevolent Association …

…and by Patrick Lynch, president of the Patrolmen’s Benevolent Association of the City of New York.

Pat Lynch on the effect of the anti-police movement: Our politicians want us to walk away from our communities and abandon you. pic.twitter.com/aGSDtgh4CL

So there’s a few things I’d like to point out from both of these videos.

2) All of these police officers standing around right next to each other (which they really shouldn’t be doing because of, you know, social distancing, but I’ll get to that later) remind me way too much of the Seventh Kavalry from HBO’s Watchmen. 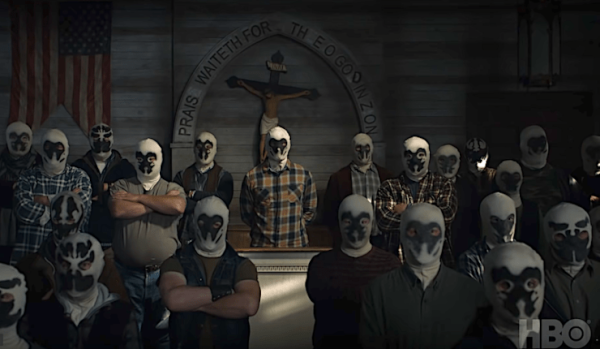 The fact that almost all of those cops seen on camera were white certainly doesn’t help much, either.

3) It’s a pretty well-known fact by most New Yorkers that most police officers seen on duty rarely ever wear masks themselves, but had the audacity to arrest people and make their lives hell (more so than usual, anyway) when they were caught not wearing a mask while out in public. So I couldn’t help but raise an eyebrow at seeing all of those cops following the rules for once in their careers. Though you can easily tell which ones actually have high-quality masks that they wear constantly, and which ones had masks handed out to them for show right before the press conference started.

4) As I watched Mike O’Meara talking/yelling into the microphone, I couldn’t help but wonder when he was going to point at the camera and yell, “You’re not God or my father or my boss!” like he was standing on line for bagels.

5) “Not one woman or man who has a shield on their chest, a patch on their shoulder, regardless of what arm of law enforcement they come from, will support or defend a murder of an innocent person.” Really, Patrick? You sure? Because the family and friends of Eric Garner, as well as Ramsey Orta, the man who filmed his death at the hands of the NYPD, would like to call bullshit on everything you just said. (Unfortunately, Orta has been revealed to be a violent and abusive prick to his wife, but that’s another rant for another day.)

6) Look, I will admit that I do see a slight resemblance between the two, but for the love of Beyoncé, keep Henry Winkler’s name out of your mouths when talking about the syphilitic toilet brush that is Patrick fucking Lynch.

Since Henry Winkler is trending because a shitty person looks like him, let's all remember how pure and sweet Henry really is ❤ pic.twitter.com/1yVgRJf3At

One is a very strong number https://t.co/rNrJ3Ozzov

Henry Winkler is (as far as we all know, and please don’t let him be the next person to get hit with a “This you?” tweet) a talented and kind-hearted cinnamon roll who has been entertaining audiences for decades, whereas Patrick Lynch is an arrogant and loud-mouthed pile of smegma who sees anything less than complete worship of the NYPD as disrespect that will never be tolerated.

Your 375 million interactions with the public (a.k.a. white people whose idea of a good time is taking photos with you for their Instagram pages when they’re not calling for your services to go after Black men looking at birds in Central Park) with overwhelmingly positive responses that you’re so eager to boast about, which I suspect is mostly another pile of bullshit that you expect us all to swallow without question, mean less than nothing when your idea of law enforcement and interacting with the public involves arresting women for selling churros in the subway or requiring nearly a dozen officers to arrest one person on the subway whose crime involved…(checks notes)…jumping the turnstile and not paying his fare with his MetroCard, or beating the shit out of a Black teenage boy for having marijuana on his person and ignoring his cries for mercy when you have him in submission while pinned down to the ground (are you noticing a pattern here?)

The fact that these men, these cops, have the motherfucking audacity to get on a microphone and spend more time complaining about news reporters/politicians/the general public not being nice enough to them, not showering them with praise and congratulatory blowjobs for doing the job that they’re supposed to do, and instead calling them out on all of their bad behavior (bad behavior that we have either seen in person, seen on television or the Internet, or personally experienced) than they do condemning the murders of George Floyd or Breonna Taylor (another Black person who was murdered by police officers in her own home, and whose murderers haven’t been arrested yet) is fucking infuriating and makes me want to break into a furniture store for the sole purpose of flipping every damn table in sight.

For reasons that they just can’t put their trigger fingers on, they really seem to hate that. Or even understand why Black and brown people hate being treated like that as well.

So in closing, fuck you and shut the fuck up to the New York Police Department and any other police department who feels the same way, start doing your jobs with something resembling integrity so that you might actually get the respect from the public you think you deserve, and know that if you keep adding fuel to the fire and keep giving protesters a reason to march, to speak out, and to make their presence felt, you will get burned.

The Strange and Cringe-Heavy Legacy of ‘Glee’ 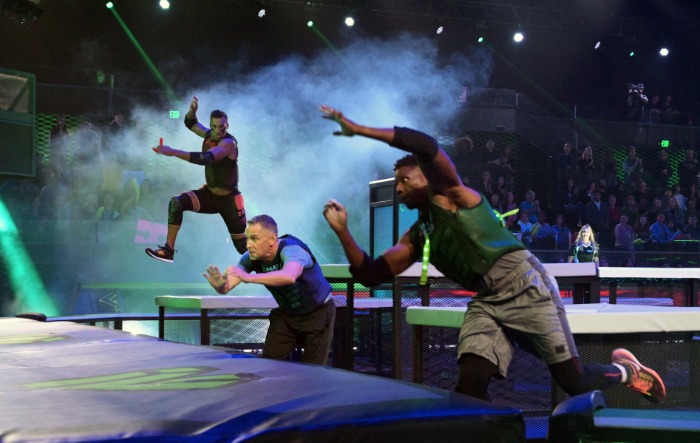 'Ultimate Tag' Is Not It