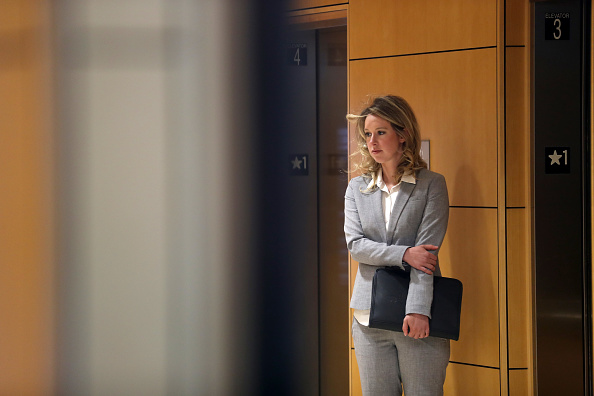 The Latest in the Trials Against Jussie Smollett, Ghislaine Maxwell, and Elizabeth Holmes

The trial against Jussie Smollett, stemming from an alleged hate crime attack, began this week. Smollett’s lawyers continue to maintain that he was attacked by two Nigerian brothers, Abimbola and Olabinjo Osundairo, but the evidence introduced, so far, suggests otherwise. Yesterday, the prosecution introduced a text that Smollet sent the brothers two weeks after the alleged attack, as they were being questioned by police.

“Brother … I love you,” Smollett wrote to Abimbola Osundairo. “I stand with you. I know 10000% you and your brother did nothing wrong and never would. I am making this statement so everyone else knows. They will not get away with this. Please hit me when they let you go. I am behind you fully.”

Moreover, prosecutors also introduced surveillance footage from the day before the attack showing that Smollett and the Osundairo brothers meeting at the scene of the crime for a dry run. Prosecutors are arguing that the attack was staged, and the brothers were paid $3,500. The Osundairo brothers will testify against Smollett, whose attorneys insist they attacked their client because they “did not like him as a person.” Smollett faces up to three years in prison.

Things aren’t going well for Theranos CEO Elizabeth Holmes, either. For one, in testimony yesterday, Holmes admitted she was the CEO of Theranos and therefore, prosecutors argued, she should shoulder the blame for the alleged fraud committed by the company. Holmes has tried to shift blame to others, including her co-defendant Sunny Balwani (being tried separately) and lab directors. Holmes alleged in testimony that Balwani, with whom she had a romantic relationship, had subjected her to a physically and sexually abusive relationship for over a decade, during which time Balwani controlled nearly every aspect of her life. Holmes was 18 when she met Balwani, who was nearly 40 at the time.

Holmes also admitted that she altered the texts of reports written for drug companies, as well as trying to manipulate the story Wall Street Journal reporter John Carreyrou was working on about Theranos. She conceded that she approached the owner of the WSJ, Rupert Murdoch — also an investor in Theranos — in an effort to persuade him to kill the story. Carreyrou’s piece would eventually lead to an investigation of Theranos and its ultimate downfall, which Carreyrou documented in his book, Bad Blood: Secrets and Lies in a Silicon Valley Startup.

Holmes is being tried for 11 counts of wire fraud.

Finally, in the trial against Ghislaine Maxwell for sex trafficking, a woman, Jane Doe, testified that Maxwell and Epstein began grooming her when she was 14 years old and described in graphic detail the sexual abuse she encountered. The abuse perpetrated by both Epstein and Maxwell continued until Doe was 18. In exchange, Epstein gave her cash, gifts, and paid for her family’s housing. Jane’s mother, who benefited from the cash and housing, discouraged her from reporting Epstein.

On Monday, the pilot who flew Epstein’s plane also recalled meeting Jane Doe, though he could not recall if Jane was ever on the plane. The pilot, however, also testified that he didn’t notice anyone underage on the plane without a parent, though he admitted that he believed some of the underage girls were adults. The pilot testified that he thought Jane Doe — who, again, was 14 years old — was “a mature woman with piercing powder-blue eyes.”

The pilot also testified that Bill Clinton, Donald Trump, Prince Andrew, astronaut John Glenn, Senator George Mitchell, Kevin Spacey, and Chris Tucker were among those who were on flights with Epstein, as had been previously reported.