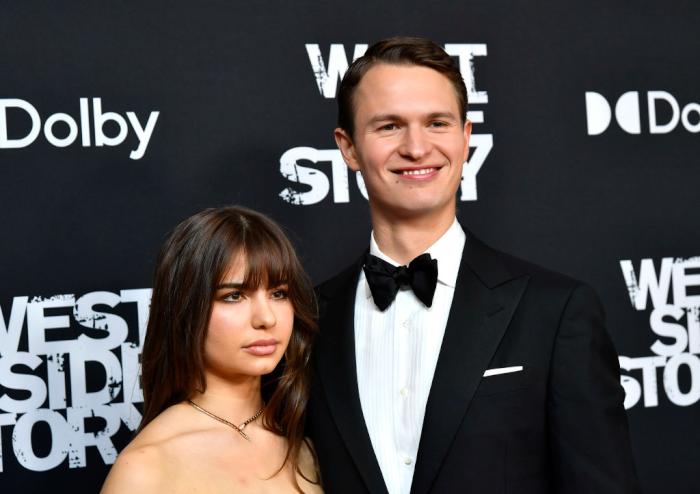 Why Would Steven Spielberg Cast Ansel Elgort in 'West Side Story'?

Is this a safe place to admit I don’t really “get” musicals? I’m a sucker for earnestness and blatant emotional manipulation, but plays would be much more concise if they cut all the songs. Conversely, my wife adores musical theatre and I like making her happy, so I’ve seen or listened to a number of performances by now. A lifelong interest in the Revolutionary War era and amazing performers means I enjoyed Hamilton at the Boston Opera House. We saw Rent there too and while Tom Collins and Angel were a lovely couple, I spent most of it thinking Benny had a point about people paying their bills. And I dig old blues and soul, so the soundtrack to Hadestown is right up my alley. Despite ignorance of theatre so profound that I looked up a synopsis of West Side Story for this piece, even I know it’s bullshit Steven Spielberg chose Ansel Elgort to play Tony in his adaption releasing this month.

The 1957 Bernstein/Sondheim/Laurents Tony Award-winning musical is beloved by millions. The 1961 cinematic adaptation, directed by Robert Wise and Jerome Robbins, won 10 Academy Awards, including best picture. It’s no wonder Spielberg decided to remake it now when original ideas seem so difficult to come by. But why, in the name of Leonard Bernstein’s ghost, would you choose Ansel Elgort as your lead? It’s not simply that he’s got the most punchable face this side of Miles Teller, or that he looks like the fruit of a royal Bavarian family tree with too few branches. It’s not that his usual expression reminds one of a man with a turd stapled to his upper lip. It isn’t even that he’s an EDM DJ performing under the name Ansølo. No, if I had to pick only one problem with Ansel Elgort, it’s that he’s an alleged sexual predator performing opposite a young woman much like the one who accused him of assault.

For those fortunate enough to forget the allegations, in 2020 Elgort was accused of assault by a young woman named Gabby. A Snapchat DM conversation took place in 2014, shortly after Gabby turned 17 and Elgort was in his early 20s. It swiftly turned sexual, and the two had a brief physical relationship. Gabby posted that despite her obvious pain, Ansel’s only response was “We need to break you in.” At more than a foot shorter than Elgort, she felt trapped by him and unable to leave. Elgort admitted the relationship but denied the assault, saying in a now-deleted Instagram post that “As I look back at my attitude, I am disgusted and deeply ashamed of the way I acted. I am truly sorry… I know I must continue to reflect, learn, and work to grow in empathy.” Weird how every time I read that statement my fists itch.

Kaleena reminded me this wasn’t the first time Elgort’s been linked to troubling details in regard to young women. In particular, a 2014 interview with GQ in which Elgort stated “Girls love it when you have some weird nerdy thing in your room. It makes you look less threatening, even though I’m, like, very threatening. I’m the most threatening guy ever.” Strangely enough, GQ cut the quote after Gabby’s allegations surfaced.

I don’t know if Elgort assaulted Gabby. The rarity of false sexual assault accusations and his history of douchey behavior mean I find it more likely than not, but I’m predisposed against Elgort and his ilk. I’m not on a jury so I’m comfortable with my bias. They do make it difficult to understand why Spielberg would cast him as Tony. He was adequate as Baby (god what an idiotic name) in Baby Driver, a fun movie now spoiled by the accusations against Elgort and Kevin Spacey. I suppose at least Elgort didn’t come out with the world’s creepiest statement in his own defense. But Elgort also isn’t a Spacey-level talent and hasn’t had a hit since 2017. He’s just a smug, skinny, white dude with limited musical ability. Throw a stone in NYC or Hollywood and you’ll hit someone just like him. Surely Spielberg could do better.

The accusations against Elgort also make this interview extra creepy.

. @AnselElgort revealed he saw his co-star @rachelzegler perform on stage at her high school musical after she was cast in #WestSideStory! pic.twitter.com/f7kNVuU5JH

It just goes to show that, once again, Anthony Bourdain had the right idea all along.

West Side Story is exclusively in theaters December 10.