John Witherspoon, legendary actor and comedian best known for his work on the Friday trilogy, The Wayans Bros., and The Boondocks, passed away at the age of 77 at his home in Sherman Oaks, California.

Throughout his long career and with many of his performances, Witherspoon came across as the lovable and profane father/uncle/grandfather that can be found in many a Black family, the kind who you could easily hang out, crack jokes with and talk to when in need of some advice. While at the same time being the kind of crotchety old man who wouldn’t hesitate to lay down the law, put his foot down due to having zero tolerance for your bullshit, and who would crack jokes on and curse out the younger people around him for seemingly having no Act-Right, while having no Act-Right himself as he says exactly what’s on his mind without caring what anyone else says or thinks about it.

Born in Detroit, Michigan on January 27, 1942 as one of eleven siblings, Witherspoon first started out as a model, but soon showed an interest in doing stand-up comedy, which is how he met and befriended such comedians as Marsha Warfield, Tim Reid, Robin Williams, and David Letterman (who would later be asked by Witherspoon to be godfather to his sons). He first appeared in such television shows as Barnaby Jones, The Incredible Hulk, The Richard Pryor Show, Good Times, and What’s Happening?, and in films such as The Jazz Singer, Ratboy, Hollywood Shuffle, I’m Gonna Git You Sucka, and Bird.

It wasn’t until 1990 that Witherspoon started getting attention, especially from Black audiences, when he appeared in House Party as Walter Strickland, the angry and sleep-deprived neighbor who is not at all happy about the … well, house party happening next door that keeps interrupting his rest.

He soon followed that up with another memorable scene that is still quoted and referenced to this day, when he appeared in Boomerang (which was directed by House Party director Reginald Hudlin) and gave us catchphrases that Witherspoon is still known for.

Not too long after that, he cemented his status as Black comedy royalty when he appeared in Friday as Willie Jones, father to Ice Cube’s character Craig, who got fired on his day off from work, and would continue playing that role in the sequels Next Friday and Friday After Next.

He appeared as the blind man in Soul Plane (and its sequel, Soul Plane 2: The Blackjacking)…

And from 1995 to 1999, he was a series regular on The Wayans Bros. as Pops, father to Shawn and Marlon Williams (Shawn Wayans, Marlon Wayans).

In another role that gave him even more recognition, Witherspoon was the voice of Robert “Granddad” Freeman on Adult Swim’s The Boondocks opposite Regina King, who voiced Huey and Riley Freeman, from 2005 to 2014.

He also appeared in many other films including Vampire In Brooklyn, The Five Heartbeats, The Meteor Man, Bulworth, Little Man, and A Thousand Words, and in television shows such as Frank’s Place, Living Single, The Tracy Morgan Show, The First Family, Black Jesus, and Black-ish.

He was also made appearances in several music videos, like Field Mob’s video for “Sick Of Being Lonely” and Jay-Z’s video for “I Just Wanna Love U (Give It 2 Me)”

When news of John Witherspoon’s death hit Twitter last night, there were some people who were left shocked and heartbroken, while there were others who were convinced that this was all a mistake, that he was still alive and that his death was being confused with that of another John Witherspoon, who actually died back in 2017. But a close friend of J.D. Witherspoon, John’s oldest son, confirmed the news himself on Twitter, followed by J.D. doing the same on his own Twitter account. There are plenty of people who took the time to offer their kind words and condolences.

It is with deep sadness we have to tweet this, but our husband & father John Witherspoon has passed away. He was a Legend in the entertainment industry, and a father figure to all who watched him over the years. We love you “POPS” always & forever.

I’m devastated over the passing of John Witherspoon. Life won’t be as funny without him. pic.twitter.com/gtmiZiEppP

My dad, my grandpa, my comedic inspiration! I love you Spoons! Rest In Paradise, King pic.twitter.com/U6GsNrrKXF

I’m sad. Broken. Hurt.. yet extremely grateful to God that i got to spend 5 years of my life working with one of the funniest sweetest wisest humblest loving man @johnnywitherspoon you were my tv dad and my mentor and my friend. I miss you already. Something don’t feel right. This is heavy on my heart. Anyone that knows me knows how much i love pops. You have a strong wife and great kids. What an amazing family. Your boys damn near grew up on the #WayansBros set they’ll always be like my little brothers and sons. i will pass on all the jewels that you bestowed on to us. Thank you God for the many many many laughs that we shared on and off the set. You got “all the keys 🔑 ” and i know you got one to heaven’s gate. Anytime i want to laugh or to see you I’m gonna put on a episode of wayans bros and laugh until i cry. I miss already…. hope your dancing in heaven with ugly white shoes on. “Pops pops sugar pops”. #ripjohnwitherspoon #mysecondpops

So…my Dad died today & honestly I’m not sure how to feel. I’m sad, but I’m also happy 4 all the great times we had together. We’d roast each other like homies more than Father & Son, and I really liked that. He was my best friend & my idol.

Lowkey the worst part of all this is the internet aspect of it…Since my Dads a celebrity he’ll trend for a day or two, but then everyone moves on with their lives except my family. Not saying I don’t appreciate the condolences, it’s just death on the internet is weird ya know?

Also remember time waits for NO ONE, so if you have a loved one or someone you care about dearly let them know ASAP!

I wish I would’ve called my dad today.

Or stopped by his house to say hi one last time.

I’ll miss you dad, love you.

John Witherspoon’s performances in film, television, on stage and beyond made generations of fans laugh. He’ll be missed. pic.twitter.com/uzK8yOmPYX

Eddie Murphy told Charlie about a time at the Comedy Store in the 1980's when Paul Mooney and Spoon were gonna beat him up in the parking lot.
Charlie was shocked.
"Yeah, Charlie. They weren't always old."
RIP Spoon. pic.twitter.com/J3URJ5TVvx

RIP John Witherspoon Pops was in everybody video back in the day 💔 pic.twitter.com/JbbgCocJGO

The best part of my teenage/college years was getting to experience The Boondocks and all of what Pops brought to Grandad #RIPJohnWitherspoon pic.twitter.com/yoaUPt5aWI

Rest In Peace John Witherspoon, you were the Pops and the Grandad we all loved. pic.twitter.com/AniwUItHHT

Rest in Peace to John Witherspoon. Will never forget this iconic moment from The Boondocks with him as Grandad. pic.twitter.com/c5h3bQ8mBq

Awww damn.. a YouTube video was just posted on his account yesterday. He mentioned he had a big year coming up with Boondocks coming back and another Friday being filmed. RIP John Witherspoon 😔 https://t.co/tucwzpD3MO pic.twitter.com/gOGbiGKeTm

My heart hurts today,we lost the great comical legend John Weatherspoon. My real journey in Hollywood started with him, working together many times, HOLLYWOOD SHUFFLE, THE FIVE HEARTBEATS, METEOR MAN and PARTNERS IN CRIME. He will be missed and my prayers go out to his family🙏🏾 pic.twitter.com/bGbMnv34oh

John Witherspoon STAYED abreast of the world. This enabled him to inter-splice his comedy w/ nuances of todays trends (tech, music, social media etc). It made you feel like he was on this journey with you. Instead of an older performer's voyeuristic assessment of today's times.

A career can only span decades if you do it for the love & you evolve. John Witherspoon STAYED connected to the community. Took every picture. Shook every hand. Did every interview. This connection is part of why his comedy remained as fresh & relatable now as it was decades ago.

My move as an opener after the first night of shows was to volunteer to drive the headliner back to their hotel. It was a golden opportunity to get some alone time with seasoned vets to gather up any career advice or tips or whatever. pic.twitter.com/50sNRSm7F0

Once I had them in the car, the strategy was to first talk with them about their set. Was there was a joke they felt didn’t hit? Why'd you do the bit differently from the 1st show to the second. I wanted to “compare notes”. After this I'd hit them with my advice question.

After the last show of the weekend I dropped him off. He thanked me for the last time, then said, “You lil young nggas always want advice and shit but I ain’t got none for you. If you just love the job & do the work. It’ll keep getting better……………and don’t be a motherfcker.”

He then shook my hand & tipped me $100 for driving him 7 mins up the street. To this day, some of the best advice I ever received. You for sure loved the job. And for sure did the work & you were never a motherfcker
Rest well good sir. Condolences to entire #JohnWitherspoon fam

I'm so sorry to hear this.
To me, Spoon was a friend, a brother, a funny, talented comedian and a good man.
He was the first comedian I met when I got to Los Angeles, and he never… https://t.co/aZ3im7HGwr

…And to the man I called Johnny Spoon I say, we miss you already, brother.
May you rest forever in peace.
This one hurts.

Farewell, sir. Thanks for all the smiles + all the laughter. We needed you and we celebrate you. #JohnWitherspoon pic.twitter.com/bHgyNRfbAc

Friday was the first R Rated comedy I saw in theaters. Me and my friends felt so cool watching it. John Witherspooon was great in everything he was in. What a legacy. pic.twitter.com/Ldh8nBYjID

One of the last interviews John Witherspoon did was for the Netflix podcast Strong Black Legends, in which its host Tracy Clayton (a.k.a. @BrokeyMcPoverty on Twitter, and co-host of the Buzzfeed podcast Another Round) sits down with African-American actors (Lynn Whitfield, Loretta Devine, Margaret Avery, Jason Weaver), comedians (Witherspoon, Garrett Morris), costume designers (Ruth E. Carter), and directors (Bill Duke, Robert Townsend) who deserve a hell of a lot more appreciation than they usually get from Hollywood and in the media. You can watch an edited version of Tracy’s interview with John Witherspoon in the link below, and then listen to it in its entirety with your chosen app for downloading and listening to podcasts.

when i saw all the folks tweeting this interview this morning i got nervous & then my heart sank. John Witherspoon really was someone i never pictured actually dying :(

it was an incredible blessing to have the chance to talk with him. rest in peace, Pops 😔💔❤️ https://t.co/yJxuHUauLh

If you want to listen to a celebration of John Witherspoon’s life, I would recommend listening to @brokeymcpoverty ‘s interview with him for @strongblacklead https://t.co/tbAEMvSabU

John Witherspoon is survived by his wife, Angela Robinson-Witherspoon, and his sons, John David and Alexander.

To John Witherspoon: Thank you for just being you, for all the times that you made us laugh, and for everything that you contributed to the world of comedy. 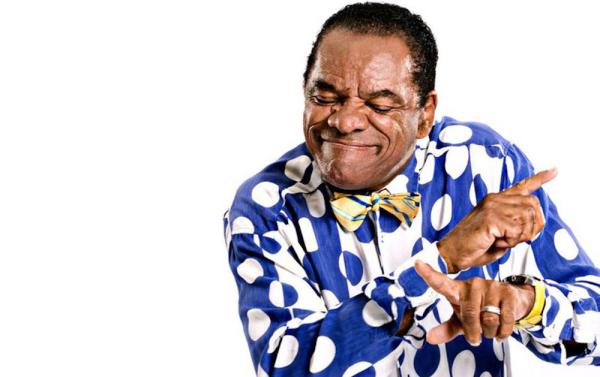 May you rest in peace.

Thank you for the joy, Pops. We’ll never forget it. ❤️ pic.twitter.com/JrNoGq14EL