It's Always the Ones You Most Suspect

When I started writing for Pajiba I promised myself it wasn’t going to be a string of articles about humanity’s worst. I’d like to survive at least until my kids graduate high school, and marinating in my own rage all day probably isn’t the healthiest thing in the world. On the other hand, I’m really good at it.

This brings us to Josh Duggar, avowed evangelist and sexual predator.

As Lainey reported last night, Josh Duggar was arrested Thursday afternoon and charged with then-unknown crimes, to which he pled not guilty. Today we’ve learned those charges include the receipt and possession of child pornography, some of which includes children under 12. The father of six, with a seventh on the way, will remain in custody until May 5th, and if he’s bailed out must live in a residence with no minors. 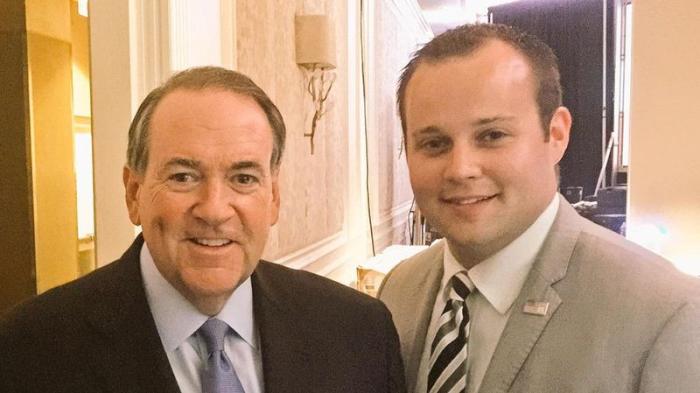 The Duggar clan was favored in GOP political circles for years due to their series 19 Kids and Counting on TLC, a station once known for its educational programming before the success of unscripted reality television damned humanity to a slow and illiterate demise. They put a happy public face on the ultra-conservative, antichoice, misogynist evangelical Christian cults that spent the last few decades getting a death grip on the Republican party. Josh Duggar has been photographed with many GOP darlings; Mike Huckabee, Sarah Palin, Marco Rubio, and Jeb Bush among them. Strangely enough, these same politicians are also staunchly transphobic, allegedly because they believe trans people are a sexual danger to children. It appears heterosexual Josh Duggar, who has admitted to molesting multiple girls, including four of his sisters, did not face equal suspicion. Mike Huckabee defended Duggar in 2015 when his crimes first came to light, stating “Good people make mistakes and do regrettable and even disgusting things,” a mild description of sexual molestation coming from a man who thinks transgender women are creeping on your kids. Sarah Palin defended him as well.

Duggar now faces up to 40 years in prison brought by a law enforcement agency much less likely to sweep his crimes under the rug than James Hutchens, the family friend and Arkansas State Trooper originally informed of Duggar’s assaults. Hutchens gave the teen a “stern talking to” before burying the report rather than alerting the Child Abuse Hotline as mandated by law. In what I’m sure is a coincidence, Trooper Hutchens, who also believes himself to be a god-fearing man, is serving 56 years on child pornography charges.

Now if you will excuse me, I require a very hot shower and a very stiff drink. Swear to god I’m going to write about some puppies next time.

← T-Pain Wipes the Floor With a Bunch of Racists on 'Call of Duty' | Review: 'Golden Arm' Gives A Female Twist On Sport-Centered Buddy Comedy →