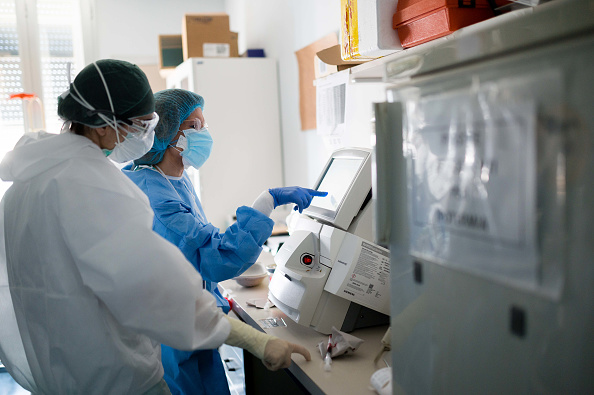 Good morning. It’s Monday, April 20th. It is the birthday of Luther Vandross. It has been one month and nine days since Tom-and-Rita Day, and since then, we have learned from Tom Hanks that the virus was difficult for him, but far more difficult for his wife Rita, who “was so nauseous, she had to crawl on the floor from the bed to the facilities.”

Meanwhile, what we are increasingly learning is that, while Tom and Rita’s experiences are not atypical, and while this virus is very dangerous to certain people, particularly older folks and those with underlying conditions, we are also discovering that many more people than what we may have initially thought are not experiencing symptoms at all. This is both a blessing and a curse.

There’s a flood of new data coming out that confirms what we learned early on from testing on the Diamond Princess cruise ship, namely that a large number of people who test positive are asymptomatic. Many of those people later develop symptoms, but many of those people never do. Here’s what we have learned in the last week or so:

— In a Boston homeless shelter, 397 people were tested and 146 came up positive. None of them were experiencing symptoms.

— Likewise, a small serological/antibody study conducted in Chelsea, Massachusetts — a hot spot — showed that 30 percent of a random sampling of 200 people had developed antibodies, meaning 30 percent had the virus without knowing it (and because of the nature of the random study, even those who tested positive for antibodies were not told).

— On the USS Theodore, where there was obviously a huge outbreak. About 60 percent of those who tested positive were not symptomatic (so far). 585 of 3,8000 on the ship tested positive. There’s been one death.

— In a New York hospital, all the pregnant women brought in to deliver babies were tested. Fourteen percent tested positive, and of the 33 who tested positive, 29 had no symptoms (though some developed them later).

— In a Little Rock prison, one inmate tested positive for the virus. Everyone in his barracks was also tested. Forty-four out of 47 tested positive but were all asymptomatic.

— A much bigger antibody study was carried out in Santa Clara County in California, where 3,300 people were tested for antibodies. That study showed that from 1.5 to 2.8 percent tested positive, which translates to roughly 48,000 to 81,000 cases in a county where only 1,000 positive cases had been reported. In other words, there are about 50 times more cases than reported (this study has not yet been peer-reviewed).

A similar study out of Los Angeles County is expected to report results as early as this week.

What does all of this mean? The good news is that, if we continue to see the same percentage of unreported/asymptomatic cases, it will show that the fatality rate is much, much lower than previously believed. To wit, based on the Santa Clara study:

That’s a far contrast from the county’s mortality rate based on official cases and deaths as of April 17 — 3.9%.

Meanwhile, the head of the CDC believes around 25 percent of infected people might not have symptoms, while that rate may be as high as 60 to 70 percent among a younger, healthier overall population of military personnel, according to the vice-chairman of the Joint Chiefs of Staff, Gen. John Hyten.

In other words, if these studies continue to show the same thing, it means that a lot of people get it and don’t know it and the virus is much less lethal than previously believed. The flipside, however, is that all of these asymptomatic people are still spreading the virus, which will make it very difficult to contain the virus in the long term.