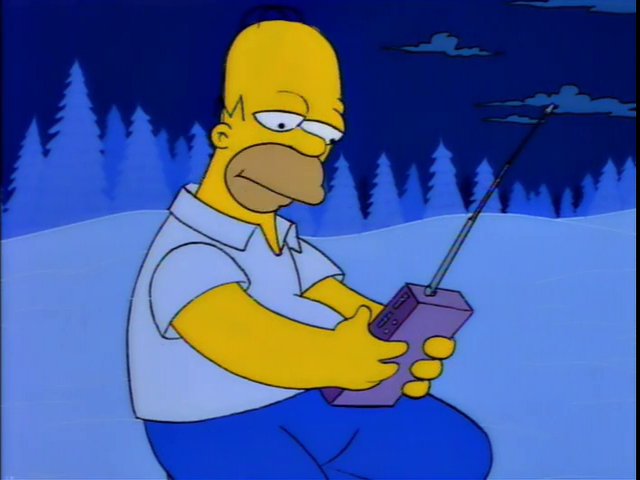 In the Age of Peak Streaming Services, Which Ones Are Actually Worth Paying For?

Hey you, do you watch TV? Do you like to stream movies from your couch after a long day of work? Then, boy, do we have a service for you! Well, actually, we have bloody tons of them. That’s right, for those of you who weren’t exhausted enough by Peak TV, we’re about to enter the age of Peak Streaming Service. These are the times we live in and we simultaneously love and hate it.

In the space of around six years, the viewing habits of general audiences have shifted in a way that has left the entertainment industry scrambling to keep up. It would be inaccurate to say that it’s all Netflix’s fault because there have been so many major changes to the business in that time that have also made an impact, but the age of binge-watching is still primarily their domain. We’ve been utterly indulged by the option to watch an entire season of a new show in one sitting, no longer beholden to the traditional week-by-week schedules. If there’s nothing we fancy watching out of the thousands of new shows available across countless services then we can simply watch our favorite series for the hundredth time because it’s only a few button presses away. The biggest showrunners and directors on the planet are flocking to Netflix, which now has the clout of Emmy and Oscar wins under its belt, so of course, everyone else is scrambling to keep up.

Soon, we will enter a time when the marketplace is flooded with streaming services, each fighting for your hard-earned cash with offers of exclusive content designed to entice the most spoiled of viewers. It’s ironic that streaming once offered freedom from the endlessly tiered cable packages of yore but the saturation of the market is now replicating that model. The more things change, the more they stay the same. That’s why we on this beautiful site are here to help you make the smartest choices with your cash. We’re no heroes, we just want you to make good choices. So, which streaming services should you actually sign up for?

Here’s the thing: For the lion’s share of audiences, Netflix is the default mode of streaming. You probably have your own account already or are bumming off someone else’s account (no judgment here). Right now, with such a major head-start over the competition, Netflix has the most to offer, from a sturdy back-catalog of original content to countless seasons of acquired shows from around the world, not to forget their extensive array of documentaries, stand-up specials, and kids’ entertainment. There really is something for everyone here, and they remain our go-to spot for a good binge-watch. Can they maintain that as the competition hots up? Much has been made about Netflix losing the rights to audience favourites like Friends and The Office, in part because some of the scant third party data we have on the platform’s viewing numbers revealed that audiences use streaming mostly to revisit old titles rather than new content. It’ll be a big loss, sure, but Netflix has the power of quantity that the others currently lack. They’re also still riding high on their reputation as big spenders who take risks, but that dream won’t last for long. We’ve heard much in recent weeks about their business strategy of canceling many shows after their third season because their data claim that is as long as most viewers will commit to a show, and making business decisions based on a mysterious algorithm with no provable data doesn’t seem like a smart long-term strategy. However, humans are creatures of comfort and we like to stick to what we’re familiar with, so the chances are you already pay for Netflix and are happy to keep doing so until something truly egregious happens.

Amazon’s video service has frequently been positioned as Netflix’s main rival, although it’s not a neatly constructed dynamic. They’re a much smaller endeavor, for one, and they’ve always been more willing to play the traditional Hollywood game in a way Netflix doesn’t. Original Amazon movies, for instance, get theatrical releases. The real benefit of Amazon Prime is the full-package deal, from programming to next-day delivery to Kindle books and much more. The chances are you don’t subscribe to it solely to watch episodes of Transparent. But Amazon wants to be a big player, hence their willingness to spend HALF A BILLION DOLLARS on a much-hyped adaptation of The Lord of the Rings. Everyone’s chasing that Game of Thrones money. I personally think Amazon’s streaming service works better as a smaller and relatively more niche property than the please-all beast of Netflix, but capitalism doesn’t leave a lot of room for such things and there’s no way Amazon is going to be satisfied playing second fiddle on any issue. For now, it’s a perfectly sufficient add-on to your streaming pile but not necessarily a crucial one.

If you’re sad that The Office is leaving Netflix for NBCUniversal’s own upcoming streaming service, it’s understandable. Curse the sudden lack of convenience for your favorite weeknight binge-watch. However, NBCUniversal has been very savvy with their plans. Their player will be ad-supported and you won’t have to pay to subscribe (but there will be a paid option should you wish to go ad-free). Given the impressive amount of work this media monopoly has produced over the decades, this could be a fulfilling addition to your streaming needs. There will be a few interesting exclusives, including a new season of the previously canceled comedy A.P. Bio and easier access to NBC’s full coverage of the upcoming 2020 Tokyo Olympics.

Sorry, Friends lovers, this is where you’ll need to go for that binge-watch. WarnerMedia announced their plans to enter the streaming business last year, which would make good use of the various entertainment brands contained under the lofty umbrella of AT&T’s growing media empire. We’re talking HBO, Adult Swim, TNT, CNN, Cartoon Network, The CW, DC Entertainment, Turner Classic Movies, and, of course, the legendary Warner Bros. That’s a lot of content. They may even rival Netflix in that regard, so it’s a tempting investment. There will also be a solid selection of originals, including a new TV series of Dune (spinning off from the upcoming movie, directed by Denis Villeneuve), a reboot of Gossip Girl, and an adaptation of one of my all-time favourite books, Station Eleven. The downside here is that this will allegedly be a tiered subscription system, meaning you’ll need to pay that little bit more to get all the content available to you. It could be worth it though.

CBS’s service has managed to build a solid subscriber-base in large part thanks to its growing empire of modern Star Trek series and The Good Fight, the celebrated spin-off of The Good Wife. But is it an absolute must-have? It depends on your loyalty to the CBS brand and how many hours a day you want to spend watching NCIS. No judgment! It will be interesting to see if CBS wants to push forward with this with a strategy similar to that of NBCUniversal or if they’re satisfied hanging onto the Trekkies and Christine Baranski stans.

Hey, remember Quibi? It’s coming, beware! Jeffrey Katzenberg and Meg Whitman have managed to mine a crap-ton of headlines out of their upcoming mobile-exclusive streaming service, one where every video/episode is ten minutes in length or shorter. They’ve managed to attract major name talent to the platform, from Steven Spielberg to Chrissy Teigen to Idris Elba and much more. This is a company with a lot of money behind it and strident belief in the idea that the future of entertainment is short, handheld, and still artistically satisfying. I’m not sure I buy this, personally. For all the chatter that we damn millennials have destroyed our long-term focus through Twitter and YouTube, it seems strange to write off audiences’ willingness to commit to traditional film and TV when Netflix binge-watches are the norm. There are certainly interesting creative challenges to tackle with this Quibi format, and there will always be a novelty in seeing that unfold, but I question if the audience is really there for this. Sure, I watch a lot of YouTube videos on my phone, but I don’t have to pay a monthly subscription fee for that. This may overcome my pessimism and break out in a big way, but I wouldn’t say this is an urgent investment for the casual viewer.

Remember Filmstruck? I do, but only as an ethereal concept because it never really made its way to the UK before being shut down and that still makes me sad. But don’t worry, those sexy souls over at Criterion have you covered. If you’re American. Dammit. This is a must-subscribe for any true devotee of film. I shouldn’t even have to argue this one. If you’re a fellow Brit, we have the BFI Player, which doesn’t have as impressive a back-catalog but is still highly worth your cash. Given the absolute dearth of classic cinema on Netflix, it’s a relief to see someone filling that hole rather than having it be written off as a costly frivolity.

In May, it was announced that Comcast had agreed to cede control of its stake in Hulu to Disney, thus giving the company complete ownership. That means the service will probably get a bunch more Disney titles, but its main function, it seems, will be to give the company a place to stream the stuff they own that doesn’t meet the ‘family-friendly’ requirements for their major streaming priority. Hulu has its fair share of originals, most notably The Handmaid’s Tale, but it seems a safer investment for those binge-watches you love to revisit. Hulu is not currently available internationally but Disney does have plans to make that happen. It remains to be seen if subscribers will have an option to bundle up their Hulu costs with the upcoming Disney+ platform. Speaking of…

Oh, Disney. What is there left to say? You shall one day rule us all, then remake our existence in hyper-realistic CGI with weird mouth movements. So it is written. But until then, we’ve got Disney+ to look forward to. It was inevitable that Disney would go hard with its streaming plans, especially after acquiring so many lucrative assets from their purchase of 21st Century Fox. So, it’s not just Disney’s own beloved filmography on offer here: It’s Disney and Marvel and Star Wars and 20th Century Fox movies and ABC programming and The Simpsons and National Geographic and oh so much more. Disney+ will, as CEO Bob Iger noted, be strictly a family-friendly service, so all the R-rated stuff the company now owns and more ‘general entertainment’ will go to Hulu. But Disney+ also has some truly irresistible originals on the slate, including no fewer than four Marvel shows and the first live-action Star Wars series, The Mandalorian. If you’ve got kids, you’re probably getting Disney+, and with a planned price of $6.99 a month, it’s hard to say no.

Which streaming services do you subscribe to, if any? Do you plan to sign up for any new ones once they launch? Let us know in the comments.

← Who Are the Cats in the 'Cats' Movie and Which Ones Look the Weirdest? | Stream It or Nah? Netflix's 'Secret Obsession' Wishes It Were a Cheesy Trainwreck →