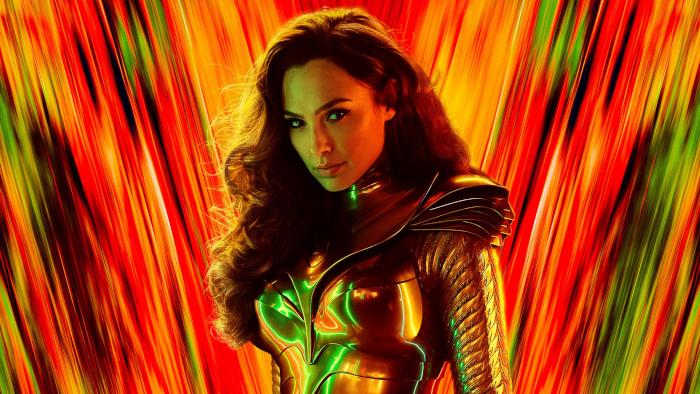 December 2020 Streaming Guide: 30 Movies and TV Shows to Look Out For

2020 has been full of ups and downs (mostly downs) and, while theaters and productions have been shut down for most of the year, there have been plenty of TV shows and movies to hold our attention. As the year winds down and the countdown toward 2021 begins, December’s offerings are a bit less full of holiday cheer and filled to the brim with drama and camp. On the movie side, MANK and Wonder Woman 1984 are streaming this month. On TV, Shameless and Chilling Adventures of Sabrina’s final seasons are premiering. Unfortunately, we can’t ring in the new year with Netflix’s melodramatic You, but there are other offerings to fill in the empty space. Here are 30 movies and TV series to watch this month on streaming.

December 4
Selena: The Series: (Netflix) — A coming-of-age story following Selena as she chases her dreams, and the heart-wrenching and life-changing sacrifices she and her family make as they navigate the highs and lows of success, loss, love, and music.

MANK (Netflix) — 1930s Hollywood is reevaluated through the eyes of scathing wit and alcoholic screenwriter Herman J. Mankiewicz as he races to finish Citizen Kane. This is also what we get in place of Mindhunter Season 3. Sigh.

The Hardy Boys (Hulu) — After a family tragedy strikes, Frank Hardy and his brother Joe are forced to move from the big city to their parents’ hometown of Bridgeport for the summer. Staying with their Aunt Trudy, Frank and Joe’s quiet summer quickly comes to a halt when they discover their dad, detective Fenton Hardy, has taken on a secret investigation.

Sound of Metal (Amazon Prime) — Check out Rocky’s review of the film, which is excellent.

December 6
Shameless Season 11 (Showtime) — The beloved dramedy is coming to an end and all I can hope for is that Emmy Rossum makes one final appearance before the series finale.

Your Honor (Showtime) — The 10-episode thriller stars Bryan Cranston as Michael Desiato, a respected New Orleans judge whose teenaged son Adam (Hunter Doohan) is involved in a hit-and-run that leads to a high-stakes game of lies, deceit, and impossible choices.

Euphoria special (HBO) — The good people at HBO want you to know that this is not Season 2. Rather, you can call this a bridge between the first and second seasons, the latter of which does not have a premiere date yet. Make sure to read Dustin’s Season 1 finale recap ahead of the special.

December 10
Let Them All Talk (HBO Max) — The story of a celebrated author (Meryl Streep) who takes a journey with some old friends to have fun and heal old wounds. Her nephew comes along to wrangle the ladies and finds himself involved with a young literary agent.

December 11
The Wilds (Amazon) — A group of teen girls from different backgrounds must fight for survival after a plane crash strands them on a deserted island. The castaways both clash and bond as they learn more about each other, the secrets they keep, and the traumas they’ve all endured. There’s just one twist to this thrilling drama… these girls did not end up on this island by accident.

The Prom (Netflix) — A group of down-on-their-luck Broadway stars shake up life in small-town Indiana as they rally behind a teen fighting to bring her girlfriend to prom. Meryl Streep, Nicole Kidman, James Corden, and Kerry Washington star in this Ryan Murphy-directed musical.

The Mess You Leave Behind (El desorden que dejas) (Netflix) — A teacher starts her job at a high school but is haunted by a suspicious death that occurred there weeks before… and begins fearing for her own life.

I’m Your Woman (Amazon Prime) — Rachel Brosnahan’s Jean is forced to go on the run after her husband betrays his business partner.

Wolfwalkers (Apple TV+) — While exploring the forbidden lands outside the city walls, Robyn befriends a free-spirited girl, Mebh, a member of a mysterious tribe rumored to have the ability to transform into wolves by night. As they search for Mebh’s missing mother, Robyn uncovers a secret that draws her further into the enchanted world and risks turning into the very thing her father is tasked to destroy. Check out Kristy’s review of this enchanting film for TIFF.

Safety (Disney+) — A drama inspired by the empowering story of former Clemson University football safety Ray McElrathbey (Jay Reeves), a young man facing a series of challenging circumstances, whose dedication and persistence help him to triumph over repeated adversities. Aided by his teammates and the Clemson community, he succeeds on the field while simultaneously raising and caring for his 11-year-old brother Fahmarr (Thaddeus Mixon).

December 13
Pennyworth (Epix) — This show doesn’t get a lot of hype, but it is well-made from the first few episodes I saw of Season 1. And, if you want to see suave, James Bond-esque Alfred Pennyworth before he became Batman’s butler, then this is your show.

December 14
Tiny Pretty Things (Netflix) — When an attack brings down the star student at an elite ballet school, her replacement enters a world of lies, betrayal — and cutthroat competition.

A California Christmas (Netflix) — With his carefree lifestyle on the line, a wealthy charmer poses as a ranchhand to get a hardworking farmer to sell her family’s land before Christmas.

December 16
How To Ruin Christmas: The Wedding (Netflix) — Prodigal daughter Tumi goes home for the holidays and manages to ruin her sister’s wedding plans. Now she must make things right before it’s too late.

December 18
Home for Christmas Season 2 (Netflix) — When love rings your doorbell, are you ready? Follow Johanne through another December as she continues her pursuit for eternal, warm and real love. When her family and the world around her fall apart, how can she still believe in real and bottomless love? Does it even exist and will she find the one true love for Christmas this year?

Ma Rainey’s Black Bottom (Netflix) — Tensions rise when the trailblazing Mother of the Blues and her band gather at a Chicago recording studio in 1927. The late great Chadwick Boseman and Viola Davis star.

Your Name Engraved Herein (Netflix) — Set in the backdrop of 1987 where martial law just ended in Taiwan, two male students fell in love against the expectations of society.

December 25
Wonder Woman 1984 (HBO Max) - The highly anticipated film was originally scheduled for June, but the pandemic upended our lives and left Wonder Woman 1984 hanging for months, with WB wondering what the hell it should do. Now, the movie is being released on HBO Max so if you weren’t subscribed before, this may or may not change your mind.

Bridgerton (Netflix) — From Shondaland and Creator Chris Van Dusen, Bridgerton follows Daphne Bridgerton (Phoebe Dyvenor), the eldest daughter of the powerful Bridgerton family as she makes her debut into Regency London’s competitive marriage market. Hoping to follow in her parents’ footsteps and find a match sparked by true love, Daphne’s prospects initially seem to be unrivaled. But as her older brother begins to rule out her potential suitors, the high society scandal sheet written by the mysterious Lady Whistledown casts aspersions on Daphne. The series is inspired by Julia Quinn’s novels.

Soul (Disney+) — Joe Gardner (voice of Jamie Foxx), a middle-school band teacher, gets the chance of a lifetime to play at the best jazz club in town. But one small misstep takes him from the streets of New York City to The Great Before - a fantastical place where new souls get their personalities, quirks, and interests before they go to Earth. Determined to return to his life, Joe teams up with a precocious soul, 22 (voice of Tina Fey), who has never understood the appeal of the human experience.

Sylvie’s Love (Amazon Prime) — Set in 1957, Sylvie’s Love follows Robert (Nnamdi Asomugha), a saxophonist, who spends late nights playing as a member of a jazz quartet. Sylvie (Tessa Thompson), who dreams of a career in television, spends her summer days helping around her father’s record store, as she waits for her fiancé to return from war. When Robert takes a part-time job at the record store, the two begin a friendship that sparks a deep passion in each of them unlike anything they have felt before.

December 31
Chilling Adventures of Sabrina Season 4 (Netflix) — Over the course of Part 4’s eight episodes, The Eldritch Terrors will descend upon Greendale. The coven must fight each terrifying threat one-by-one (The Weird, The Returned, The Darkness to name a few), all leading up to…The Void, which is the End of All Things. As the witches wage war, with the help of The Fright Club, Nick begins to slowly earn his way back into Sabrina’s heart, but will it be too late?