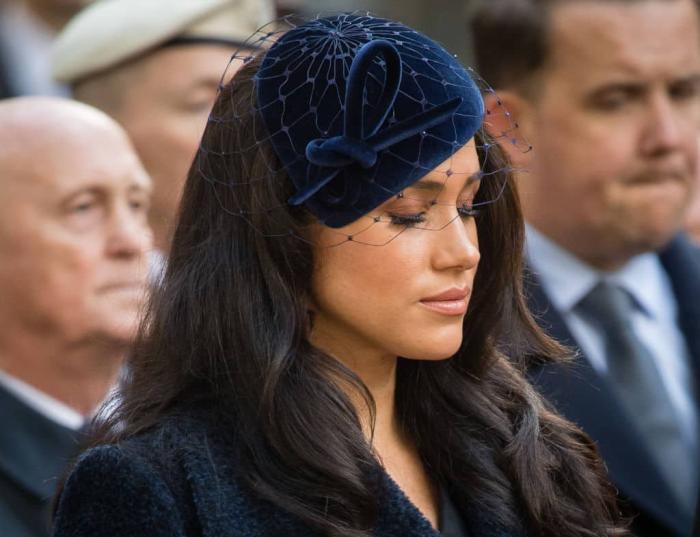 In a poignant op-ed published in The New York Times last week, Meghan Markle, the Duchess of Sussex, revealed for the first time that she had suffered a miscarriage earlier this Summer. She detailed the difficult fallout of the tragedy and discussed how now, more than ever, we need greater emotional honesty and empathy.

While reading it, I hated myself for my first thoughts, after my initial sympathy and upset for Markle and her husband Prince Harry, being that the inevitable racist and misogynistic backlash to this piece was going to be horrendous. It’s disheartening beyond belief that this is the norm of Markle’s life ever since she was thrust into the spotlight as a future Duchess. We’ve extensively detailed the harassment, smears, and abuse she has faced over the years on this site, but little could prepare us for the vitriol spat out by the usual gaggles of trolls, columnists, and media concern trolls after this op-ed. Perhaps it was naïve to think that, for once, Markle would be left alone and not viewed with forced skepticism or criticized in manners far beyond the realm of decency.

I won’t go into detail about all the abuse I saw directed at Markle following her disclosure of her miscarriage because it’s unnecessary and intensely cruel. One aspect I do wish to touch upon is a statement I saw endlessly repeated over the days following the release of the op-ed, an obvious attack cloaked in false worry. Why, these people asked, was she making this so public? Surely it wasn’t proper for someone who demanded privacy to air out her laundry like this. It wasn’t right. She should be like Catherine, the Duchess of Cambridge, who never complained about her health issues during her pregnancies. See, that’s the difference between the two women, and we know why we dislike Meghan for it. It’s definitely not racism or sexism, you see. We just want her to keep those emotions in line.

I could go on forever about the blatant falsehoods of these talking-points, including the reality that Catherine did talk candidly and frequently about her difficult pregnancies and her experiences with hyperemesis gravidarum, all of which was extensively covered in the press. The issue here, of course, isn’t one of mere hypocrisy. It’s the continued deifying of what may be Britain’s most prized public fetish, an emotion-free public commitment that has been enshrined worthiness and declared to be one of our most beloved national qualities: the stiff upper lip.

To keep a stiff upper lip is to be resolute, stoic, and utterly devoid of emotion, typically in the face of adversity. The term is rooted in the notion that a trembling upper lip, which often happens when one cries, is a betraying sign of weakness. It’s not an inherently British concept — you can track this notion of stoicism back to, well, the Stoics of Ancient Greece — but it was quickly adopted by English culture, mostly through private schooling and the military. In 2012, Private Eye editor and Have I Got News For You team captain Ian Hislop starred in a three-part docuseries titled Ian Hislop’s Stiff Upper Lip — An Emotional History of Britain, wherein he detailed the history of the concept and celebrated the way it shaped a nation. He talked a lot about the forced indifference of the public-school system, an institution with centuries worth of scandals involving abuse and emotional terrorism of students. He also celebrated great icons of Britain who showed blank expressions in the face of danger. The message was one of resilience and national pride, a rallying cry to continue such attitudes in the new millennium.

The stiff upper lip is practically the law of the land for the royals. It’s the quality that the press seems to be most enamored with when it comes to discussing the House of Windsor. This may be partly because, due to the cloistered lives of the royal family and their frequently detailed failings, playing up their stoicism is one of the easier ways to celebrate them uncritically. Queen Elizabeth’s perennially rigid displays of emotional fortitude over the decades have been lauded as a positive thing, a sign of her status as a safe port against the stormy seas of nationwide disruption. Seasons may change but the Queen’s attitude won’t, as forever enshrined in our memories like her face on a pound coin.

It’s curious how the nationwide devotion to this image remains in place even as we’ve grown to accept that the stiff upper lip mentality is potentially dangerous. Even Princes William and Harry called it out, noting how bad it was for one’s emotional and mental health. What is Netflix’s The Crown if not a four-season long tirade against the entire concept of keeping calm and carrying on? The most recent season practically yelled from the Buckingham Palace balcony that the Windsors’ refusal to open up to their newest princess helped to doom her, and the comparisons to Markle’s situation were hard to avoid. Besides, there’s not much to celebrate about Liz Two’s forced stoicism when it comes to her willing ignorance over matters like Prince Andrew’s pedophile best friend and the accusations of sexual assault leveled at him.

Meghan herself admitted that she had tried to adopt the stiff upper lip mentality in an interview with ITV that went viral, but that it didn’t help her to deal with the abuses and insults she faced on a daily basis. Of course, she was accused of ‘complaining’, another quality that apparently separated her from the ‘real royals’ (who, as most Brits will know, aren’t exactly averse to whining in public should the occasion call for it.) The racialized aspects of this criticism did not go unnoticed, with Meghan once again positioned as the ‘difficult’ and ‘loud’ Black woman. A lot of people saw her as fair game because she’s rich and famous, a tool of obvious faux-class solidarity that is commonly used as an excuse to engage in garden variety hatred of women of color.

Many royalists, as well as the all-too-familiar cycle of British talking-heads, decried Markle over the years as being too Hollywood, too American, and not dignified enough in her approach to Duchess duties. Essentially, they said, she needed to shut up. Follow Catherine’s example and never speak. Once again, the preferred role of a royal woman was made clear: look pretty and say as little as possible. Anything beyond that is attention-seeking, apparently, and decidedly un-British. The stiff upper lip has always been applied unevenly, acting as yet another battering ram against easy targets. John Boehner spent most of his political tenure sobbing for the cameras, but Barack Obama shedding tears after the Sandy Hook massacre was unpresidential.

There’s no right way to be emotional, yet despite endless online campaigns and lavish promises of change every time we see an instance of tragedy in the headlines, we still cling to this mentality that such things are private, to be bottled up forever as we put on a brave face for the rest of the world. The press tells us all to be kind after yet another horrific celebrity death by suicide, but it doesn’t take them long to return to emotionally policing everyone else. It reinforces the cruel default mode that our pain, our anger, our hopelessness, should be dealt with in isolation, otherwise you’re a burden who wants attention. Meghan isn’t the only woman to suffer because of this demand. She’s not even the first woman who married into the royal family to be forced into this smothering constraint. What matters is that she, rightly so, is refusing to perpetuate the sickness. If only so many others would understand the importance of breaking that cycle.

And death to the monarchy.

← December 2020 Streaming Guide: 30 Movies and TV Shows to Look Out For | Review: Netflix's 'Mank' Is The Shadow of a Shadow of Another's Person's Dream →