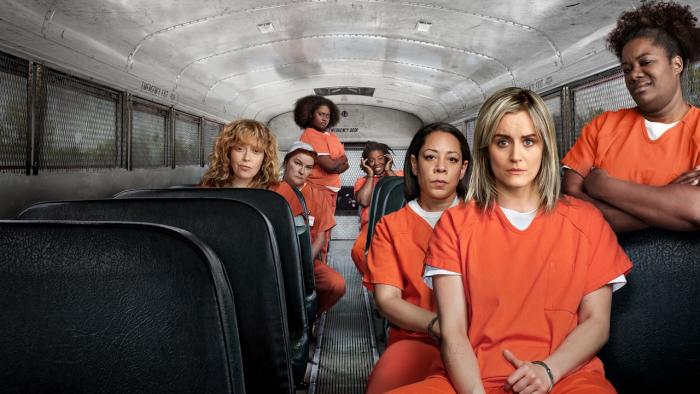 I was so down on season 5 of Orange is the New Black — the season hackers released after Netflix refused to pay a ransom — that I only just got around to watching season six of the series last week. Given the level of indifference, much of the critical community had to season six, it pleasantly exceeded my expectations. The only major problem with season 6 of OITNB is the same problem that plagued season 5: The two seasons should have been combined into one. Jenji Kohan did not need to devote an entire season to a prison riot that took place over the course of one day, nor did she need to devote another entire season to its aftermath. One season would’ve sufficed for both storylines.

In either respect, the seventh and final season of the series debuts on Netflix this weekend and based on early reviews, I’m actually very excited to see it come to its conclusion. The series was groundbreaking when it debuted in 2013, not only in terms of diversity but for the way in which it humanized people behind bars. It was also instrumental, along with House of Cards, in launching Netflix’s original programming.

Ahead of tomorrow’s season seven, however, I want to offer a quick refresher on season six as a reminder for those who haven’t seen it in a year or to catch those up to speed who skipped it after the disappointing season 5. Here’s the current status of the inmates in Litchfield Penitentiary (and I have hyperlinked to pics of the characters, in case you can’t match the name to the face):

— After the riot, Alex and Piper were briefly separated while Alex was recuperating from a broken arm. Once they reunited, they decided to get prison married. However, at season’s end, Piper got an early release, leaving Alex behind as the two contemplated their futures together.

— Meanwhile, Blanca spent much of the season trying to get pregnant with her boyfriend — who sneaked his semen into the prison — before she got too old to have a baby. However, she became part of the same group of prisoners who got an early release, along with Piper. As her husband waited for her outside of the prison, the season delivered its second-most devastating moment, as she was instead put on an ICE bus to be deported.

— Sophia is also released, as part of a settlement agreement with the private prison, which agreed to pay her a whole lot of money and release her early if she agreed not sue them for placing her in extended solitary confinement.

— Dayanara pled guilty to shooting a prison guard during the riot, basically conceding to the fact that she will likely spend the rest of her life in prison. She decides to make the best of it by joining a cell-block gang and entering into a romantic relationship with Daddy (Vicci Martinez). Dayanara is also now a drug addict.

— Meanwhile, Dayanara’s mother Aleida is now living in the real world, but she is in a relationship with a prison guard, Hopper. The two distribute drugs inside the prison so that they can make enough money so that Aleida can get her kids out of foster care. Daya is addicted to the very drugs her mother is sneaking inside.

— Red was another scapegoat in the prison riot. Her sentence was extended, and she’s trying to make amends with her family on the outside, including her husband who apparently has a girlfriend.

— Taystee is the main scapegoat for the prison riot. In the season’s most devastating moment, she is falsely convicted for the murder of the abusive prison guard, Piscatella, a murder that was actually committed by another prison guard. Black Cindy actually helps to implicate Taystee, after Cindy is tricked by authorities into doing so in exchange for immunity. Cindy is feeling very guilty about her role (Cindy is also co-hosting a prison radio show with Flaca). Suzanne (“Crazy Eyes”) also helped falsely implicate Taystee, but mostly because she didn’t know any better. Suzanne and Frieda are now cellmates and friends (Frieda narrowly escaped an assassination attempt after two vengeful sisters determined to kill Freida end up killing each other, instead).

— Maria’s prison sentence was extended by ten years for her role in the prison riots. She has, however, decided to be a “good person” from now on.

— Gloria is currently in a SHU cell next to Red. Gloria ended up thwarting a gang war at the end of the season. Prison guard Luschek also has something of a crush on her now.

— Lorna goes into premature labor at the end of the season, and her fate (and that of her baby) is left unknown.

— Pennsatucky escaped prison during the riot, and spent much of season six on the run with prison guard
Charlie, but Pennsatucky eventually decided to go back to prison voluntarily (Charlie whereabouts remain unknown).

— Nicky gets caught up in the cell-block wars, but they never come to pass and Nicky ends the season as she began it: As Nicky. Still sober. Still hates her Dad (who is now with a trophy wife).

— Up in the management level, Joe Caputo — after being suspended for his role in the riots — is offered a transfer, but quits the prison system entirely and tries to help Taystee avoid conviction. He and Fig are a legit and adorable couple now, and I think the final season is set up so that Joe’s lawsuit aimed at the private prison — and Linda — may end up being the thing that shuts down Litchfield (and hopefully frees Taystee). Joe’s gone to the good side, and he’s taken Fig along with him.

Spoilers: Let's Talk About THAT THING That Happened at the End of 'Veronica Mars' 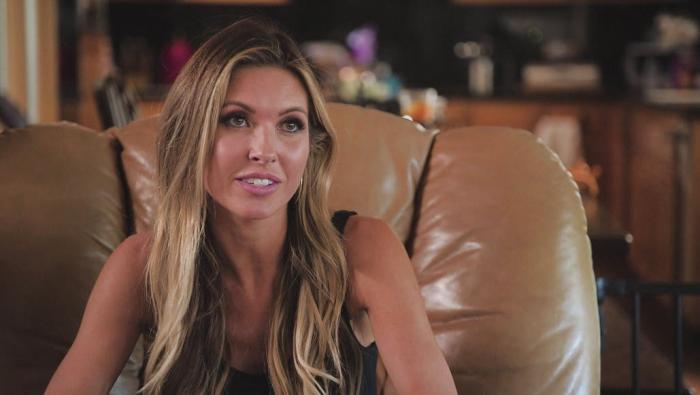