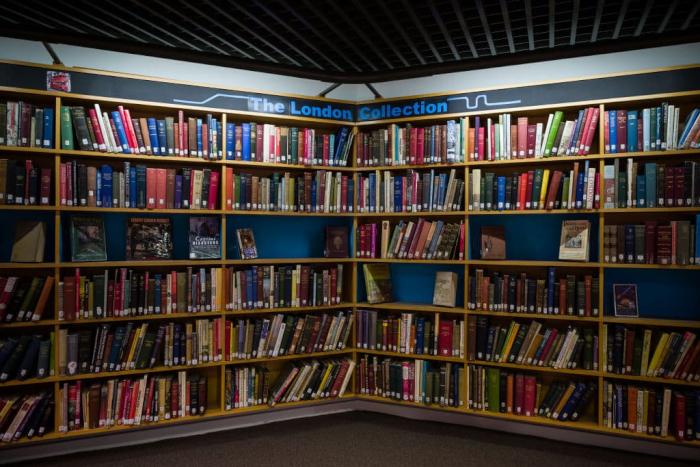 As we enter a new year still fraught with the challenges of 2020, I still find myself turning to books for comfort. They are my port in the storm, and I always appreciate an excuse to buy more of them. Last year, I read a grand total of 158 books, which is a peak for adult me. For 2021, I’m keeping things a little more manageable and have set a goal of one book a week, but I also want to explore genres, authors, and themes I’ve been hesitant to read in the past. For now, however, January and the preceding Christmas holiday period has been a time of contentment. I’ve turned to some old faithful genres to tide me over on these dark nights and extended period of Scottish lockdown. Let me know in the comments what books you’ve been reading lately!

The Earl I Ruined by Scarlett Peckham

This one is really hot. pic.twitter.com/fdaZTJMrx8

It’s always a delight when you discover a new writer whose work taps into all of your favorite tropes. Step forward, Scarlett Peckham. I’m a sucker for wildly erotic historical romance that takes its sweet time in getting to the sex. I also love stories featuring seemingly frigid protagonists who are secretly freaky. The Earl I Ruined, which is actually the second book in Peckham’s Secrets of Charlotte Street series, is Kayleigh romance trope bingo! Lady Constance Stonewell is the rebellious debutante of English society, while Julian Haywood, the Earl of Apthorp, is seen as the most boring man in the country. When her gossip column makes a fool of him and ruins his political plans, Constance does the only decent thing she can think of and offers to be fake engaged to him. Give him long enough to calm the waters and pass his bill in Parliament then she can ease her conscience. The trouble is that her second-hand gossip about him may be true, and Julian may be far less dull than he’s letting on. I love the dynamic of this couple: Constance projects confidence and a saucy charm but is actually very innocent while Julian is proper and seemingly pious but exceptionally skilled in kinky ways. Peckham has immediately been catapulted onto my Must Buy Authors list!

The Takeover Effect by Nisha Sharma

Very romance focused this month with my reading. pic.twitter.com/QELdIOsGPS

I have a habit of buying up ebooks when they’re on sale — if I want it and it’s less than £2, I just buy it — then not getting round to reading it for years. This happened in 2020 when I finally read The Golem and the Jinni after buying it maybe five or six years ago — spoiler alert: it’s great! — so, by comparison, I was positively punctual in clicking on Nisha Sharma’s The Takeover Effect. Hey, it came out in 2019, so it’s all good! Hemdeep Singh was the golden boy of his family and the presumed heir to his father’s legacy, but after he chose to go his own way, a fracture formed between the clan. Now, he’s been called back to help the Singhs save their company from a hostile takeover. Mina Kohli has been brought on board to help with some of the gritty details, with her awful uncle essentially blackmailing her into subterfuge. If she helps him with his scheming then she could be made partner in the family firm, plus she won’t have to marry a man she doesn’t love. Easy as pie, right? Ha! I don’t tend to warm towards corporate/mega-rich guy romances because I can never shake my conviction that, in real life, all those hot billionaires would be conservative douchebags. However, it didn’t take me long to warm to The Takeover Effect and its combination of corporate espionage and personal passion. Plus, I can never turn down a romance series about hot brothers finding love.

As far as I’m concerned, there are not enough Los Angeles noir novels about messed up women trying to solve crimes and fix their own crumbling lives. There’s nothing quite like that mixture of sun-drenched bleakness and the intersections of celebrity and crime. Author Steph Cha garnered top reviews — including from yours truly — for her most recent novel, Your House Will Pay, but it’s her Juniper Song series that brings me the most joy. In the second book in the trilogy, Song is now a trainee private investigator who’s been shoved into the ‘cheating spouses’ beat. Her latest gig involves tailing a guy who’s a current collaborator-slash-paid BFF to one of the biggest movie stars on the planet. His girlfriend thinks he may be dealing drugs, but that ends up being small fry once Song discovers that the movie-star’s been murdered in his bathtub. Juniper is struggling with trauma following the events of the first book, and she finds herself drinking more as a way to ease the pain of her new occupation, one she loves but constantly finds herself screwing up. The violence that is so common to the genre is impactful at every turn, never swept away or turned into something ‘cool.’ The corruption, sleaze, and exploitation of Hollywood is on full display here, as Juniper digs into the life of a man beloved around the world after his bloody death. There’s only one book left in the series for me to read and it’s not enough. I hope Cha one day returns to Song’s world because it forever lingers with me whenever I pay it a visit.

The Coral Bride by Roxanne Bouchard

Returning to Canadian crime. This is fast becoming a favourite series. pic.twitter.com/aGz4baM9pu

As I’ve mentioned before on this here site, I have a deep abiding yet somewhat inexplicable love for Canadian crime fiction. Mah boy Armand Gamache is probably to blame for a lot of this but it’s also led to some fascinating discoveries across the rest of the second biggest country on the planet. One of my more recent favorites comes courtesy of Quebec author Roxanne Bouchard and her detective, Joaquin Moralès. The Mexican officer finds himself stationed in a tight-knit fishing village on the Gaspé Peninsula, where he suffers from a midlife identity crisis. In the second book in this ongoing series, The Coral Bride, Moralès must contend with the suspicious disappearance of a fisherwoman and the sudden arrival of his adult son. Bouchard’s prose is lyrical, almost elegiac, and she spends a lot of time exploring the melancholy of this region of Quebec, at once picturesque and steeped in loneliness. It’s a noted contrast from the inviting warmth of Louise Penny, my go-to crime read, but no less welcome. Detective Moralès is also a much pricklier protagonist than King Gamache. He’s skilled but almost resentful of his lot in life, which becomes all the more muddled once his son starts to reveal a few raw family wounds. I’m eager to see more of what Bouchard brings to both Joaquin Moralès and the crime world in general.

Time for a vampire book. pic.twitter.com/PhYlOm7xdH

Despite my love of science fiction, I came to the Octavia Butler bandwagon depressingly late. Yes, I know, I really have no excuse for not devouring everything written by one of the true grand dames of the genre. Cut me some slack, I read a lot of books and my to-be-read pile is embarrassingly large. I’ve been taking my time with the Lillith’s Brood trilogy because it’s such an immersive and emotionally tangled read. Knowing that Butler wrote a vampire novel, I knew I had to get my hands on it. Fledgling is a rare bird of a vampire story, a narrative that feels wholly original in a genre that thrives on legacy and archetypes. The protagonist is a genetically modified 53-year-old vampire in the body of a child who is also the only Black member of her species. Butler thrives on themes of otherness and finding the uneasy shades of grey amid difficult ethical quandaries. Her aliens feel so truly alien in a way that feels amost ground-breaking, and her vampires are no different. This novel lags in the final quarter or so, when it basically becomes a courtroom drama. It’s definitely more a book of ideas than plot, and one that will be extremely difficult for many readers to embrace (the vampire, who looks like a pre-pubescent girl, has a number of sexual relationships with adult humans.) It’s all so deftly handled that reading Fledgling feels like walking across the thinnest of tightropes with your eyes closed.

The Men Who Would Be King by Nicole LaPorte

This arrived today. I almost forgot I'd even ordered it. pic.twitter.com/dpV7Ew7IJc

I have a section of my book collection that I childishly call my ‘Hollywood Bullsh*t Collection.’ It’s where I keep all my titles dedicated to the weird, wonderful, and utterly ridiculous history of the modern entertainment industry. I have a real love of books that are essentially 400+ page subtweets to major executives. The Men Who Would Be King is delightfully b*thy, even by the standards of the genre. Nicole LaPorte’s book dissects, in agonizing detail, the rise and fall of DreamWorks. Following Quibi creator Jeffrey Katzenberg’s undignified sacking from Disney, courtesy of the equally petty Michael Eisner, he decided that the only way to get even was to start his own mega studio with the help of two friends, David Geffen and Steven Spielberg. Geffen would provide cash and expertise, Spielberg would be the creative savant, and Katzenberg would spend most of his time trying to make Eisner mad. Almost every page has a juicy tidbit to reveal to the hungry reader. It’s a classic case of Hollywood folly, of vaulting ambition coupled with near-parodic levels of spite. It’s the perfect companion to something like DisneyWar, which digs more into the Eisner-side of the war and how much he screwed up by the end of his tenure. If you, like me, need some high-low stakes and rich-people failure in your life right now, this is the book for you (but good luck getting your hands on it, I think it’s sadly now out of print and I had to get my copy on eBay.)