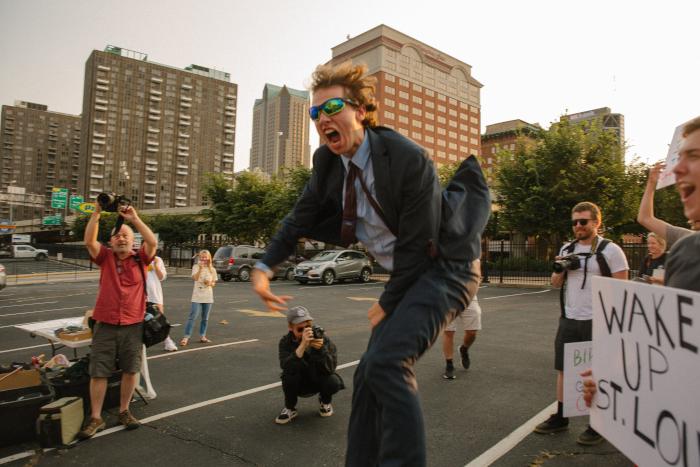 The Great Bird Bamboozle: Birds Aren't Real And Finding Truth on the Internet

Birds Aren’t Real is a joke. Movement spokesperson Peter McIndoe basically admitted as much in a recent Newsweek interview. It is the most elaborate joke in the history of humor. And a top-tier, Hall of Fame, internet conspiracy theory. Buckle up, kids. 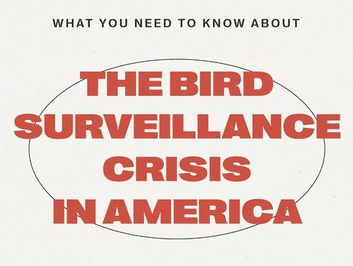 The Birds Aren’t Real website is the only source of information we have on the organization’s history. According to their website, in 1956 the Director of the CIA (Allen Welsh Dulles) was sick and tired of two things: Communism, and birds sh*tting on his car. So he and President Eisenhower hatched a new national surveillance plan that involved eliminating all of the country’s birds and replacing them with billions of sophisticated robots, able to mimic each of 2,000+ species of birds in the country.

We’ll take a break here to remind everyone that in 1956 computers largely still looked and operated like this: 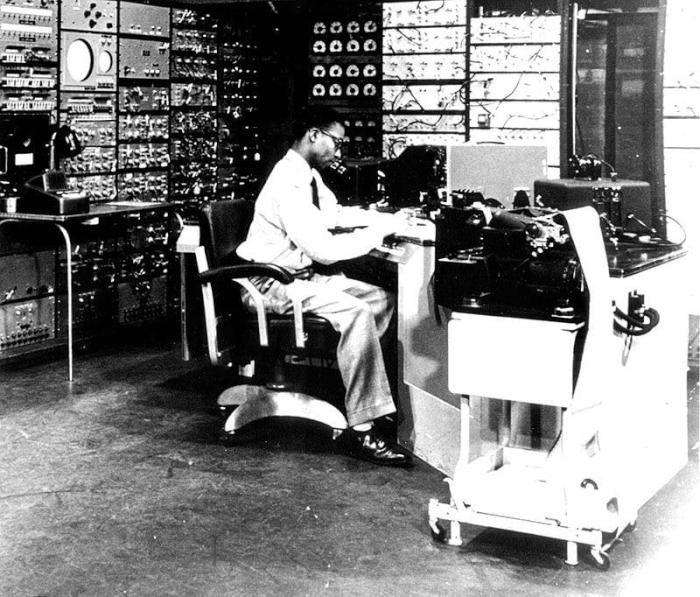 Replacing all of the birds with little, tiny, flying surveillance robots was going to be a big task. They were going to need to keep it quiet, but they were going to need a lot of help sourcing materials, building the robots, and eliminating all of the living ones so they could be replaced. Where to start? How about Area 51, where the government secreted a bunch of Boeing engineers to work on a re-design of the B-52 bomber to outfit it with water tanks instead of bomb bays.

The water tanks in the bombers were filled with a specially formulated bird poison, that once consumed, would give the bird a virus that could be passed onto other birds. The poison was sprayed from an altitude of 8,000 feet and would completely dissolve before it hit the ground. Which meant that only birds would be affected by its terror, and once a single drop of the poison struck the birds feathers, the virus would take hold through the fibers and make its way into the bloodstream. The virus would then affect the bone structure in such a way that total decomposition of the birds would take place within 24 hours.

You might be thinking to yourself that a bunch of civilian engineers sure sound like a liability when it comes to keeping government secrets. Didn’t they ask questions? Wasn’t anyone worried they might spill the beans when their work was done? Probably! They were all quickly shipped off to Vietnam as soon as the planes were built, never to be heard from again. How convenient that little conflict turned out to be. Or, was it really just a cover-up from the start? If you answered “yes,” then you win a prize! Because Vietnam had one of the largest reserves of Bauxite ore on the planet and we needed that ore to create the special aluminum that the bird robots were going to be built from. So, of course, the Vietnam conflict was manufactured as part of the plan to replace our birds with robots. IT’S SO OBVIOUS, PEOPLE. 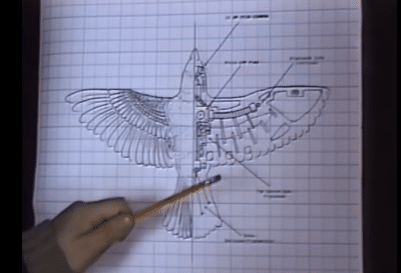 Right then, where we were? They’ve got the planes, they’ve got the ore. Now they just needed to recruit some people to actually build the darn things. Oh, and they needed facilities for all of this. Billions of birds remember? Billions! Good thing — and 100% coincidental (wink, wink) — that bomb shelters had become so popular in the United States during this time. There were literally hundreds, maybe thousands, of underground bunkers that could be used for production all over the country. Perfect! But who could be trusted with such intricate, delicate electrical engineering? How about a bunch of drunk folks they picked up at bars? Government operatives would troll bars for likely candidates, dose them with LSD and then put them to work. The acid would ensure that no one ever believed their story should they try to tell it. I guess there were only so many people Uncle Sam was willing to “disappear” for robot birds’ sake. Apologies to the Boeing engineers for not being given the option to eat acid and then just go home, I guess.

That’s the theory on how all of our birds were (are being?) replaced with surveillance robots. They tie in the Kennedy assassination, high-level election rigging, Donald Trump’s wall … Do you see what I mean about it being elaborate? It’s got a little bit of everything for everyone. I’m sure if you asked a member of Bird’s Aren’t Real about Andy Warhol or Eminem, they’d find a way to work them in there too. Because just like every other good conspiracy theory, you’re either part of the conspiracy or working against it.

That video is a little too perfectly ’80s-looking, a little too clean-sounding to really be from 1987, isn’t it? And the internet Wayback Machine can only date the Birds Aren’t Real website as far back as 2017. The Instagram account has 118 posts that also only date back as far as 2017. They have 331k followers as of this writing. And no, I am not one of them.

There is a private Facebook group, which has 100k members, created in 2018 and a Twitter account dated 2017 with 68k followers, including a lot of Blue Check Mark journalists. That’s a lot of people walking around thinking about birds not being real. The movement has gained popularity and momentum thanks in part to media stunts like renting a billboard in Memphis and then getting on the local news to discuss it. This interview is so awkward, I feel bad for the anchors.

If you’re looking for proof of their theory, they have none. It’s just “obvious truth” that birds are really recharging when they gather on power lines. They “believe” that bird poop is an advanced tracking material used to mark our cars. Earlier this year they started talking about “Poultrygate,” an email leak they attribute to sources in the White House and the Pentagon that furthers the group’s origin story. It implicates A-list celebrities and politicians. But the A-listers they name-check are Kevin Sorbo and Clay Aiken, which points to this being more tongue-in-cheek satire than they’re openly willing to admit.

They’re taking the “Feather Gospel” on a three-city tour this year. It’s being billed, by themselves, as a “Life-Changing Experience.” They’re also working on a documentary and have been traveling around the country, mostly in the Mid-West, holding rallies and recording footage of “bird truther” gatherings. The more of their footage that you watch, the clearer it becomes that there are scripts and Craigslist ads involved in these events.

Going back to the Newsweek article from March of this year, arguably the biggest media boost they’ve ever received, Peter McIndoe is quoted as having stated via email, “In regards to our movement being a joke, or for real: That is the very question that our post-truth era comedy project thrives within.” If you’ve spent any time in the same space as the particularly virulent breeds of anti-vaxers, Covid-deniers, Pizzagate theorists, or MAGA-ites who are still pushing the idea that Donald Trump is our president, you know a lot about the post-truth era. The concept of something being too good, too weird, or too crazy to be true has gone out the window for a large, and growing, segment of our population. The folks behind Birds Aren’t Real have put in a lot of work to hold a mirror up to this, showing us all how simple it is to build a conspiracy so crazy it’s believable. Looking at their follower numbers it’s unclear though how many folks are in it for the laughs and the merch, and how many folks out there actually believe all of this nonsense. 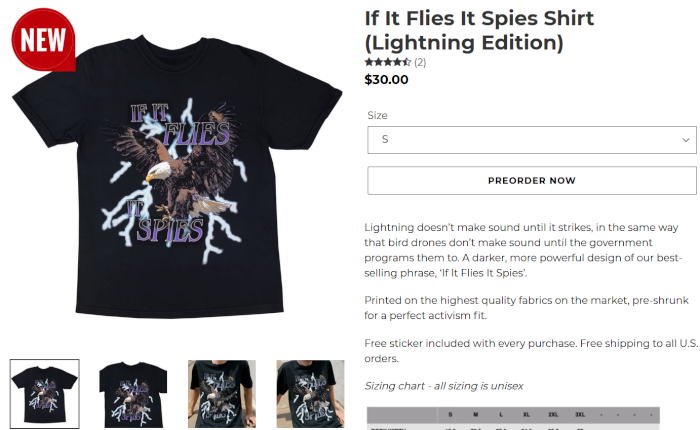 In Newsweek, McIndoe also gets to the real truth behind it all very briefly, before walking it back into crazy town. “I think that everyone, deep down, can identify and relate to the fact that we are being surveilled, and that that surveillance is most likely coming from 12 billion birds simultaneously.”

Despite all of what’s been published on the organization’s website, according to an article in The Student Magazine of the University of Arkansas the Birds Aren’t Real movement was ACTUALLY born on the day of the 2017 Women’s March in downtown Memphis, Tennessee. At the time, Peter McIndoe was a University of Arkansas student who stumbled across the march while in town visiting friends and decided to take the opportunity to create a video about his own, satirical, movement. He and his friends refer to this as “Bird’s Day.”

Birds Aren’t Real is a joke. But it’s also a Trojan Horse. Wrapped up in the ridiculous humor of 12 billion feathered drones surveilling us from the skies is the absolutely real fear of government overreach and citizen surveillance. CCTV cameras on our street corners and in our doorbells, location tracking on our phones, Shotspotter, facial recognition software used by the cops. All of that is REAL and happening now. For all of the good and wonderful technological advances it has brought us, the 21st century is also sometimes a very scary place. That’s a hard thing to acknowledge. We have no choice but to live here, after all. If you can sneak one in past the censors (both real and imaginary) on the wings of a robotic dove and get people talking about the problems of living in a surveillance state, maybe it’s not so wild a theory after all. 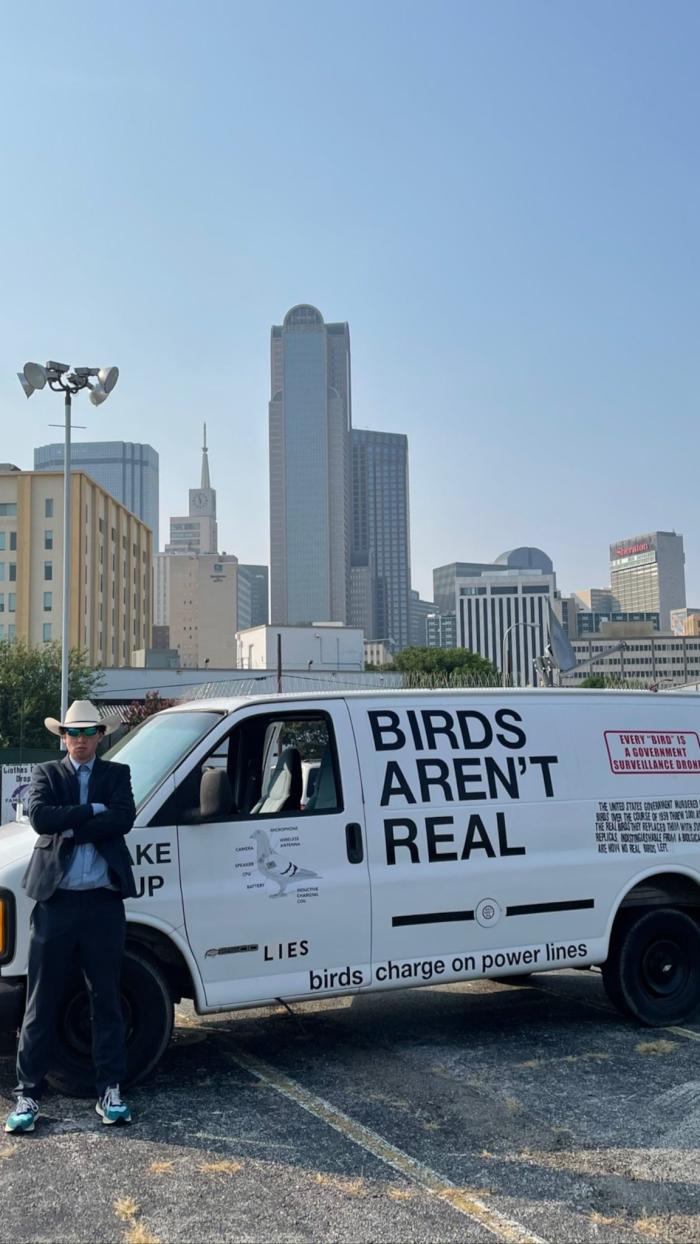 ← Theo James Makes a Case for the Bland White Voice Actor in 'The Witcher: Nightmare of the Wolf' | Spoilers: The Sorta Sci-Fi, Sorta Legal Thriller 'Naked Singularity' is a Big Old 'Huh?' in Movie Form →