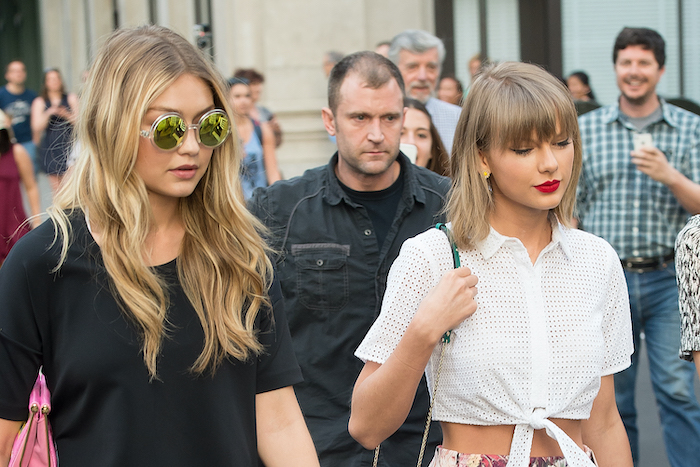 Friends, I am a walker. The vast majority of days, I walk at least five miles. The bulk of which I accomplish on my four-plus mile morning walk which I try to get done before 9 am. Why 9? Because hell is other people, and I f*cking hate sharing the sidewalk with the certain kind of trash person that LA seems to specialize in, who are out in abundance after 9 am and who believe that the point of shared public space is to take as much of it as possible without leaving room for anyone else.

Look, I have weird notions about many things (why buy a house if it’s not haunted? Hot drinks are an abomination. Chocolate is gross!). I get that, but my sidewalk etiquette isn’t part of that. For me it’s simple; a sidewalk needs to allow for two people to pass by each other (at a reasonable pace) without expecting one person or the other to step outside of the sidewalk in order to do so. In short, when out in public, I don’t think you should take more of your fair share of space, and you need to make allowances for the fact that you don’t exist in a bubble. You are sharing space with other people, Karen.

Granted, I have never lived in a city where sidewalks are as poorly maintained as L.A. but that doesn’t mean it’s open season for acting like a goddamned trash monster. In fact, if anything, that should make you more aware of your surroundings and how you interact with it.

For instance, yesterday morning I was nearly clotheslined by a dude who decided it was a great idea to skateboard down the sidewalk while having his very large dog run beside him on a leash, taking up the entirety of the sidewalk, boxing me in. He stopped less than a foot in front of me to get off his damn skateboard and ensure I could walk past him. Are you kidding me?! If you’re thinking he apologized, well, clearly you don’t live in L.A. Nope. He was irritated he had to stop skateboarding down a busy sidewalk with his dog.

That specific sort of f*ckery doesn’t happen too often (thank god) but holy cats, I can’t tell you the amount of times I’ve been walked into because a group of people (the vast majority of whom are women who look like they know all the words to every Taylor Swift song, and most definitely have asked to speak to your manager) feel it’s totally acceptable to walk two-abreast or more on the sidewalk, taking up alllll the space. They level-up their asshole-ness typically by looking at their phones while doing so and being mortally offended if you don’t move and you end up walking into each other. If you’re going to take up that amount of space, please, for the love of God, be aware of your surroundings and allow people to pass by you freely. Move to the side, single file, for f*cks sake. Your right to exist in public does not supersede anyone else’s.

It drives me bananas that people think the acceptable answer to being out in public and using shared space is that someone else needs to make themselves smaller, or step into the mud or street so that you can take up more than your fair share of space. If you want to hold someone’s hand while you walk, great! Just please, for the love of all that is good and holy, get on your side of the sidewalk when people are coming from the opposite side of you, or who come up behind you and wish to pass you.

Look, is this a hard and fast rule? No. Toddlers walk like drunk frat bros during pledge week, and they stumble into you all the time. That’s fine because you know what? They’re kids. Also, I think it’s kind of funny to watch little kids run because they really do look drunk the way they stagger around and can’t seem to go in a straight line if their lives depended on it. Additionally, people have varying abilities of mobility—and sometimes they may need to take up more space than I do. That’s beyond OK! You should be able to take what you need when it comes to public space—but the people who take what they want, without a thought towards other? They f*cking suck.

Then there’s the f*cking scooters and bikes. Oh god, how I hate them so. My neighborhood has bike lanes, which are better maintained than the walking path (by that I mean, tree roots haven’t pushed up the biking path into 90-degree angles like it has done to the sidewalk)—but still, some dude was booking it on a bike on a blind curve, and almost ran into me yesterday. I’m swift enough to move out of the way, but you know what? Not everyone is—like those drunk-running toddlers I just mentioned who have a habit of breaking into a wobbly run without notice. Also, a leisurely walk shouldn’t run a not-negligible risk of harm to my body. If you must use your bike on a sidewalk f*cking walk beside it. Your machine is capable of going much faster than someone using their legs/wheelchair and using the sidewalk to bike does not give pedestrians much time to react to your damn bike. Especially in LA where the sidewalks are narrow and poorly maintained.

The motorized scooters are even worse because they’re usually being ridden by some dummy who knows even less about how to ride it than someone on their bike, and they go too fast, and it’s just dangerous for everyone. I hate those scooters and long for a day where they no longer plague our sidewalks.

It sucks that people don’t know how to act right, like good neighbors in public. In a perfect world, we’d all have access to shared outdoor space and could exist in harmony, using what we needed and leaving the rest for everyone else. Until that day, well, I’ll just be sure to be home before 9 am.