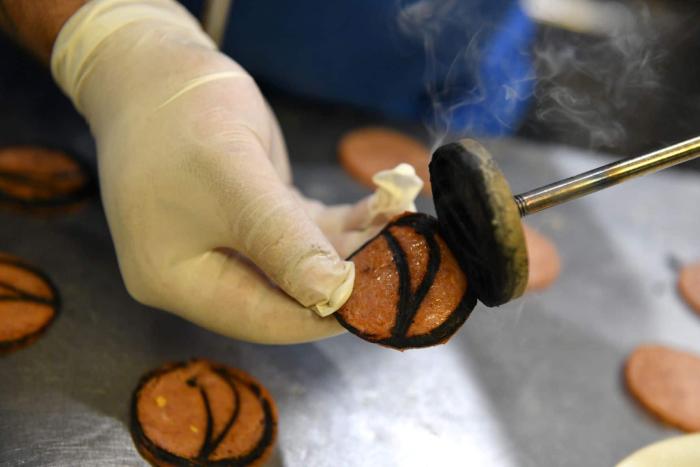 I hate to disabuse anyone of any fairytale notions, but being an internet writer is not a glamorous gig. Well, at least not writing for Pajiba. We’re not trying to be “influencers” so there aren’t a bunch of free products floating around the office (we also don’t have an office.) We don’t go “out on assignment,” except to movie theaters. In the year that I’ve been writing for this site not once has anyone said, “Oh, you write for Pajiba? Let me shower you with gifts and freebies.” Like, not even close.

So on Wednesday, when I wrote that short piece about Pepsi-Roni pizza, I was surprised when a rep from the marketing agency behind the event read that article and reached out to us, inviting me to come and taste the pizza ahead of National Pizza Party Day (that’s today! Have a party!)

Of course, I went. It’s free pizza! Plus, if I’m going to talk sh*t about a culinary idea it’s only fair that I put my money where my mouth is and TRY the food if it’s offered to me, right? And I had a lot of questions about why and how this all came together that needed answering. Also, did I mention free pizza? 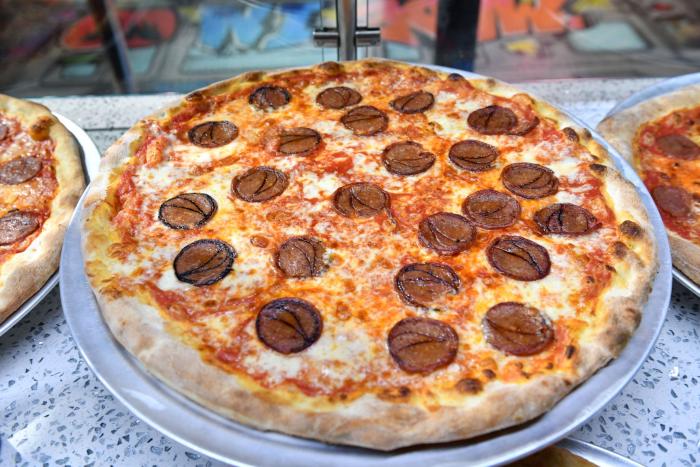 First, and most importantly, the pepperoni didn’t taste like Pepsi. During the pepperoni-making process, the chefs at the Culinary Institute of America replaced some of the water with a Pepsi Zero Sugar reduction, infusing the meat with that flavor. So it was a little sweeter than regular pepperoni. But, because it’s CIA we’re talking about, it was also really top-quality pepperoni. The meat was probably locally sourced, and they probably butchered it on the premises. It wasn’t anything like those little super-red discs of pepperoni that get tossed onto pies or bought at the supermarket. It was tender and had a good spice mix that gave it a little kick. If I hadn’t known there was a Pepsi reduction in it, I never would have guessed or thought it was much different than any other piece of pepperoni.

The other part of this flavor sensation were squeeze bottles of the Pepsi reduction available to drizzle over your pizza. That’s where I think they went wrong. I understand what they were going for. A little balsamic reduction goes a long way on a Caprese salad. Its complexity adds a bit of warm depth to what is otherwise a very simple dish of bright flavors. But pizza already has a complex flavor profile. There are variations in the sweetness and acidity of the sauce, the salty spiciness of the pepperoni, all held together with the mild, comforting goo of cheese. Mmmh cheese. To contrast all of that, Pepsi and CIA came up with a reduction that has caramel notes to it but is mostly citrusy. I just don’t think pizza needs citrus on top of everything else. Plus, when you reduce something down to its basic elements and some of those elements are artificial sweeteners, you inevitably end up with those being part of the flavor. 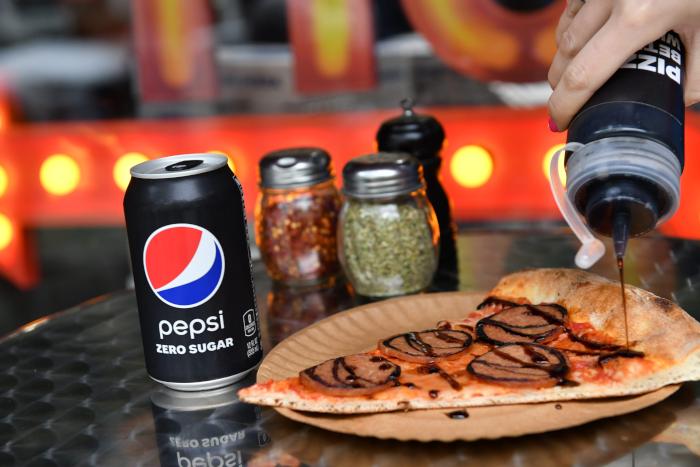 They were very generous with slices of pizza, and I convinced them to let me take home some of the reduction too. I was able to taste it on its own, on just the pizza, on just the pepperoni, on my finger, trying to get a better idea of how to describe it and whether or not I liked it. I don’t like it. It’s not what I want on my pizza. If it had a more robust flavor and was thicker it might be OK. I think I’m describing BBQ sauce. When I think about tangy, citrusy, zesty things on pizza, I think I am also talking about BBQ sauce. I wish this were BBQ sauce! I bet a Pepsi-infused BBQ sauce would be interesting and taste better than this. I think it would also complement the pepperoni Pepsi-Roni too.

I’m super curious to know how this goes over in other markets, especially in Chicago, where the thin crust is like crackers and the deep dish is basically a bowl of cheese.


← Elon Musk Is an Gifted Self-Saboteur | Review: 'Hatching' Is A Finnish Fairy Tale Of Most Fowl Play →