It’s been awhile since I’ve felt the itch to talk about fashion f*ckery, but inspiration must have been floating on the crisp cool breeze this morning because y’all, I need to take you on A JOURNEY. A journey that starts, as most of my discoveries seem to, with a tweet:

Time to layer up https://t.co/5Dekkou4C3

Now, I’m not personally in the market for men’s fall fashion, but I am always here to see OG fashionista The Dude get the respect he so richly deserves, so you better believe I clicked on that link like WHOA. In my heart of hearts, I was hoping the article would just be Jeff Bridges offering a curated list of cold-weather closet staples pulled from his own personal collection, à la that time GQ let John Mayer prance around in his own “Greatest Fits.” But alas, GQ treated Mr. Bridges like a pumpkin spiced bait-and-switch. He’s not even pictured in the article! Instead, the header image they went with is a shot of Michael B. Jordan hanging out with a wolf, which… I mean, fair.

Anyway, after successfully luring me in with promises of edgy Birkenstocks-with-wool-socks recommendations, what I found was a listicle featuring 35 Fall Menswear Essentials that aren’t so much edgy or even interesting as they are, uh, alternately baffling and boring. For men looking to cosplay as a ’90s grunge band, GQ has the requisite Dr. Martens and Levi’s Jean Jacket to fit your needs! If you’re a noir gangster looking to transition into autumn, they have an $1800 wool pinstripe suit because crime never goes out of style. “Look forward to crappy weather,” GQ says in regards to a pair of $365 hiking boots, as if everybody doesn’t already f*cking know crappy weather is what Bean Boots are there for. Speaking of LL Bean, GQ makes sure to include a genuine fall staple, the classic Barn Jacket — only they list one from budget Bean purveyor Lands’ End, because I guess THAT’S where they’re trying to save a few bucks?

I mean, look, the list is nonsense, but it’s hardly “Run And Make Fun Of It On Pajiba” levels of crazy. It’s mostly fancy brown corduroys and cardigans — the very height of “yeah, whatever.” But then I scrolled down to this sh*t right here, tucked away toward the bottom of the list like a secret awaiting only the most faithful: 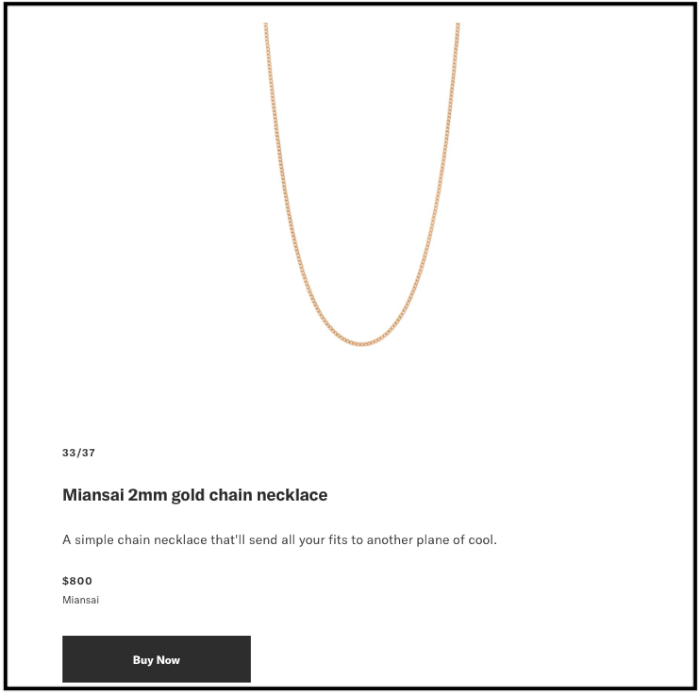 Now, there are a lot of reactions one might have to seeing an $800 gold chain listed as a fall menswear essential. Why is it specifically autumnal? Are gold chains only to be worn in the fall or would you have to swap out a different, unique chain necklace for each season? And why does it cost $800? Can’t you pick one of those up at any estate sale or pawnshop for a lot less? Wouldn’t it, in fact, be more seasonally appropriate if it had the possibility of being haunted by the ghost of the previous owner?

Those are the reactions I could have had, if I weren’t so distracted by the jolt of familiarity I felt as I gazed upon that gold chain. Where oh where have I seen one of those recently… 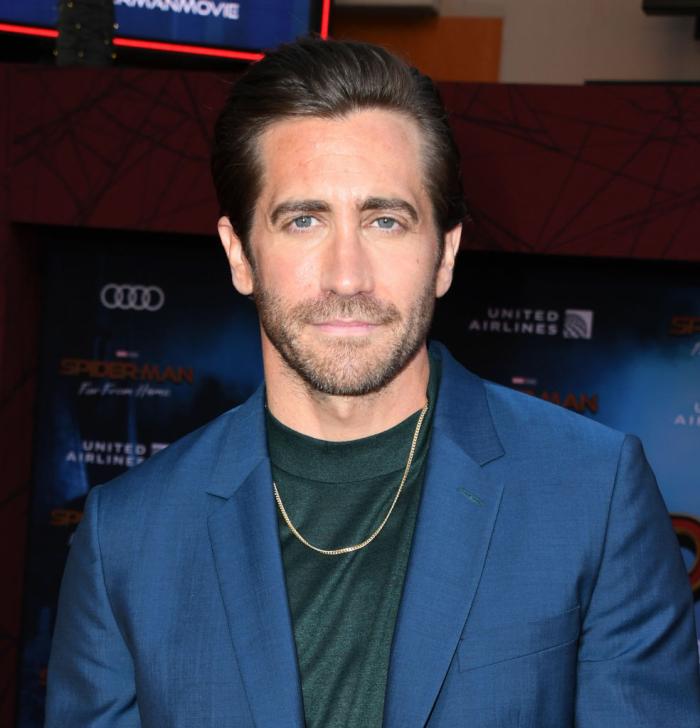 That’s right! Jake Gyllenhaal took one on tour just this summer while promoting Spider-Man: Far From Home! Heck, that chain was so omnipresent it even penned Gyllenhaal’s FYC for the Pajiba 10 this year! And GQ should know that, so I can only assume when they said that wearing a gold chain would “send all your fits to another plane of cool,” they were implying it’s the same plane of cool inhabited by one Mr. Jacob “Mysterio Darko Nightcrawler” Gyllenhaal. Still, I wish they’d given credit where gold chain necklace-wearing credit’s due and named Gyllenhaal as their inspiration — but I guess I’ll file that wish behind “Why didn’t they include Birkenstocks with wool socks, dammit!”

Anyway, that’s my article: GQ lists overpriced necklace in uncredited homage to actor Jake Gyllenhaal, full-stop. If you somehow came here hoping for some genuine fall menswear recommendations… I mean, I don’t know why you’d do that; it’s like you don’t even know me, but OK. In researching this piece, I informally polled a number of Pajiba menswear experts (read: dudes), and their recommendations can be summed up thusly:

← Here's What You Need to Know About Apple's New Streaming Service, Apple+ | Gary Sinise Reacts To A Video Thanking Him For His Humanitarian Efforts →