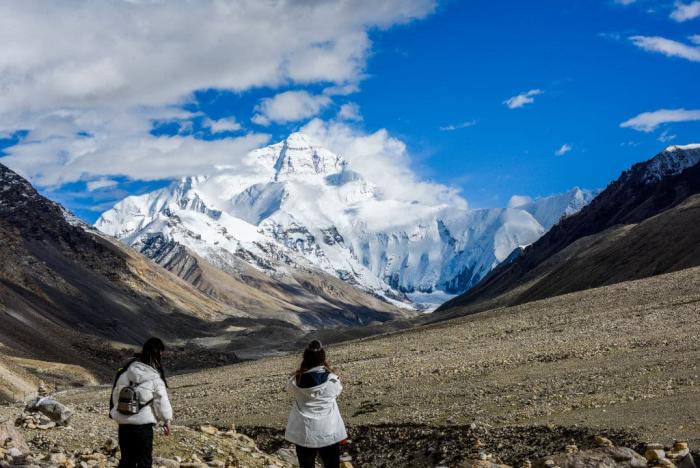 Suck It, Nature: Humans Can Now Go Back To Ruining Mount Everest as Nepal Reopens the Mountain For Climbers

The world basically shut down this year thanks to the COVID-19 pandemic, and often in very unexpected ways. The government of Nepal made the decision to close its mountains to climbers in March, including the granddaddy of them all, Mount Everest. Nepal is home to eight of the world’s 14 highest mountains, and a significant portion of its annual GDP comes from tourists visiting the country, mostly with the intention of climbing them.

Everest expeditions alone contributed more than $300 million to the Nepalese government last year, according to Business Week. Last year was also one of the deadliest on record for the mountain, which faced overcrowding after the government issued a record number of permits. The government was accused of cashing in on people’s arrogance, with many climbers ill-prepared for the task and equipped with shoddy oxygen tanks sold on the black market. Overcrowding was such a major issue in 2019 that this image went viral, revealing in a truly horrifying manner how scaling Everest had led to full-on traffic jams.

Understandably, Nepal decided to close the mountains during a period of worldwide medical danger centered on a respiratory condition. Seems like common sense. This hit the country hard, as they had set themselves an ambitious and deeply questionable target of welcoming 2 million visitors to the country this year, almost double 2019’s number. As a result, the country’s economy has been hit hard, particularly the 100,000-plus Sherpa people of the nation who assist climbers up the mountain.

Nepal is now ready to open for business once more. The Ministry of Culture, Tourism and Civil Aviation permitted flights to resume in September, subject to several restrictions. The mountains weren’t open to trekkers until last month. Tourists must submit proof of a negative COVID-19 test taken in the past 72 hours, and they are also required to quarantine in a hotel for seven days before heading into the mountains. They must also have their own travel insurance that provides COVID protection. This isn’t a great season for climbing, with most mountaineers preferring Spring for the Himalayas. Nepal is also preparing for a surge in climbers in 2021, and the dangers that may bring.

So, if you’ve got a minor death wish, love trashing nature, and need the ultimate selfie, step right up!

Humanity’s endless trashing of Everest has been well-documented. This month, it was revealed that microplastic pollution has been discovered in snow close to the peak. Yup, we’ve even managed to drag our crap up an 8,850-metre mountain. Well done, us. It wasn’t enough for us to litter the side of Everest with abandoned oxygen tanks, general rubbish, and our feces. Last year, a cleanup crew removed around 60,000 pounds of trash from the mountain.

Maybe just stay at home and watch Everest instead?

← George Clooney's Been Cutting His Hair With A Flowbee For 25 Years | It's the Gallaghers vs. the Milkoviches in the Final Season of 'Shameless' →