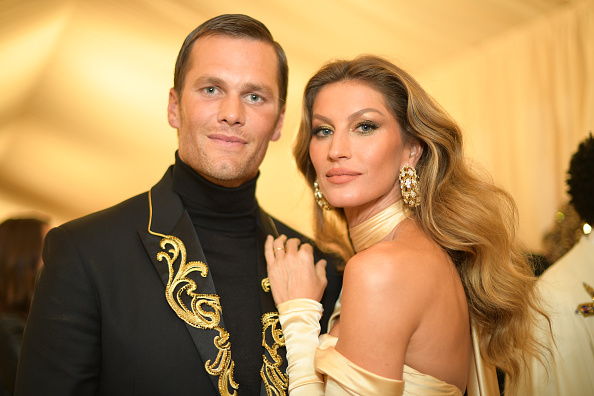 One thing I will say for the pandemic is this: I am not bored. If you still have the Internet, I don’t know how it’s possible to be bored, and I’m not talking about the array of options Peak TV has given us. In addition to taking care of my kids and doing my job, I can’t stop following the news. How am I supposed to finish that episode of Westworld if I can’t stop scrolling through Twitter? During the night, I wake up every few hours and scroll some more. I look out my window, and it’s a beautiful sunny day like any other, and I look on my computer, and it’s being consumed by trash fires. What does life feel like for people who don’t spend so much time on the Internet? Is there more or less anxiety, because honestly, I would feel more anxiety not knowing what’s going on. I am not a chill person.

I consume as much news as possible because, in a weird way, it helps me to control anxiety. Like, if I can just stay on top of the news cycle, I’ll be OK, and my family will be OK, and we’ll get through this, I just have to scan through Twitter one more time. What do I look for? Right now, I love anything that resembles a sense of normalcy. To wit: The NFL free-agent spree is amazing right now because it assumes that everything will be fine when the NFL season kicks off in September.

I know this is Lord Castleton’s domain, but I need this right now. In that little corner of the world, people are freaking out because the Titans took Ryan Tannehill (thus foreclosing the possibility of Tom Brady signing with the Titans). The Vikings are still happy to spend an insane amount of money to re-sign the Joe Biden of quarterbacks, Kirk Cousins, for two years at $66 million. That makes me happy because the Vikings expect to have $66 million to spend over the next two years for the Joe Biden of quarterbacks. It means they think — and they are planning for — crowds to return to the stadiums in the fall.

I don’t want to hear from you — or anyone else — that the NFL will probably be canceled, too, because I will have to run back out to Twitter to find some news to ground me again. Like, the fact that the Dallas Cowboys have franchise-tagged Dak Prescott, which means that wide receiver Amari Cooper is being kicked back out to free agency. If those words mean nothing to you, that’s OK! What it means to me is that there is a small part of the economy and society that is continuing to behave as normal.

Meanwhile, Texans WR Deandre Hopkins may be traded during the offseason. He could end up in New England with Austin Hooper and a completely new quarterback.

Elsewhere, Phillip Rivers — the Don Jr. of quarterbacks — is no longer a Charger (what?!) and there is talk of him coming to Indianapolis, which would actually make me question my rooting interests for the Colts. I can root for a good team. I can root for a lousy team. I cannot root for a team with Phillip Rivers running the offense. I am sorry. I will become a Patriots fan first, and I loathe the Patriots. My three favorite moments in the history of the NFL, in order: 1) The Colts stopping the Pats on 4 and 2 in 2009; 2) the Colts winning the Super Bowl in 2007; and 3) the Giants helmet catch, allowing them to beat the Patriots in the Super Bowl and ruin their undefeated season.

As for Brady? He may or may not return to New England, but he’s definitely going to test the free market, and we’ll see how much a 42-year-old QB who throws great … screen passes will go for in that market (is he really gonna to go … Tampa Bay? Dude, just retire!). Anyway, I’m just happy to see that, in a tiny sliver of the world, a market still exists.