Harrison, Arkansas Really Is the Most Racist Town in America

Five years ago, I wrote a post for the other outlet for which I write suggesting that Harrison, Arkansas Continues to Be the Most Racist Town in America. That was based on, well, some personal experience growing up in Arkansas, on the fact that the national leader of the KKK moved outside of Harrison in the ’70s, and on the fact that an anti-gay hate group was founded there in the ’80s.

But that was last century. Surely things have changed since, right? Well, that billboard in header photo? It’s from 2010. Another similar billboard is the reason I wrote the Uproxx post in 2015. In 2014, they held a dedication for a Confederate monument. In 2010, a man was murdered and his corpse was burned because his girlfriend was Mexican. Three years ago, W. Kamau Bell visited Harrison, Arkansas to meet the person who paid for the billboard, who is the President of the KKK. He met W. Kamau Bell — who is Black, in case you weren’t aware — in his Klan robe. Here is Bell hanging out in Harrison. 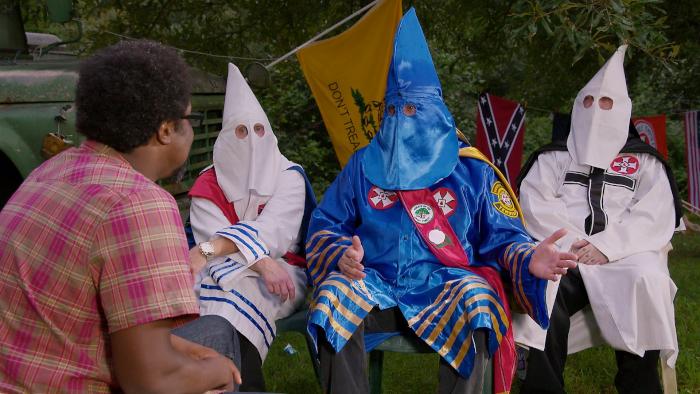 And yet, over the years, that Harrison post I wrote in 2015 has elicited a number of email demands, asking that I remove it over concerns that it was hurting business in Harrison, Arkansas, because for a few years, that post was the second post that came up on Google when one searched for “Harrison, Arkansas.” I might have considered pulling it at some point if I’d seen any evidence that Harrison, Arkansas had in any way sought to rehabilitate its reputation in a meaningful way. I have not seen anything to suggest as much.

In fact, Lainey sent this video to me yesterday, which proves quite the opposite. I don’t know if Harrison is the most racist town in America, but it’s certainly in the running.

A white man went and held a #BlackLivesMatter sign in the most disgusting town in America…Harrison, Arkansas 🤦🏻‍♂️

If you have the stomach for it — and there’s no reason you should — there’s a nice moment in the last 10 seconds of that video that reminds me that, for every hick town like Harrison, Arkansas, there’s an ashamed teenager dying to get out. I hope you do, kiddo.

← Comic Con Panels Will Never be the Same | Watch While You Can: These Movies Are Leaving Hulu, Netflix, HBO Max, and Shudder At the End Of The Month →