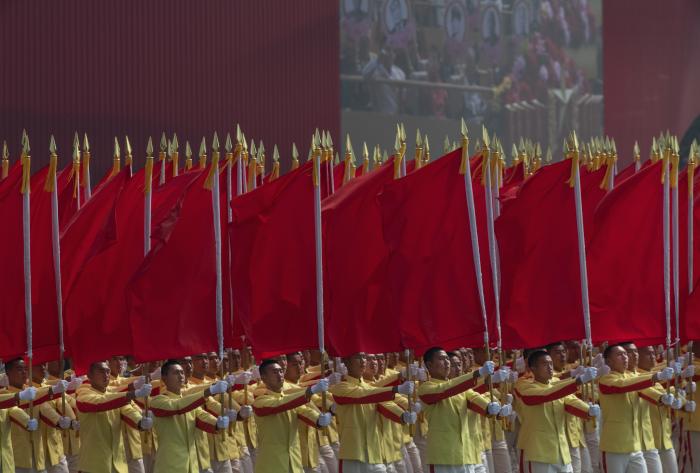 An Even More Updated List of (Film Bro) Red Flag Movies (In Re: Gawker)

I’m not sure if this article is actually doing the rounds on the Internet and if it will be in any way relevant in the next 24 hours, but like most fragile cishet males, I felt compelled to respond. The article in question was posted on Gawker (shoutout to Kayleigh for bringing it to our attention) titled “An Updated List of Red Flag Movies,” listing a new batch of movies that Bros and/or Film Bros will claim are actual Cinema, since now movies like Pulp Fiction, The Fight Club and even The Boondocks Saints have been Basic Bro-staples for so long they’re on the cusp of becoming camp.

After a short introduction, in which the author ponders on what kind of bro is the scariest — which is in no way written entirely from an experience circumscribed to New York City Millennials — the author lists new highbrow and lowbrow newly-minted bro-classics, such as Hard Eight, Paul Thomas Anderson’s first, Joe Swanberg’s oeuvre, Primer, Greenberg, Tenet (you can’t not have Nolan in these lists), Fury, The Virgin Suicides and… Citizen Kane. Now, it would go against everything I believe if I were to start to dish hate on a fellow Internet writer without giving them a fair shake. Why, I actually think she has some valid points in her hot take, but I don’t think she goes far enough in the points she makes. While apologizing for the blatant click-bait allow me to update the list of movies you would not want to find in the apartment of your Bumble date.

You might say that finding the DVD case of any pr0n flick lying around a guy’s apartment is a red flag the size of those made during North Korea’s Arirang Festival. It speaks to him being a messy lout. And also, that he either doesn’t know that you can now find all that stuff online and store it on a pen drive. The actual problem though is that he’s into the lowest common denominator of pr0n films: Parodies. Old-school Skinemax softcore on the other hand? Now that shows he has a personality and a taste for the vintage.

Boxes of unopened Criterion Collection DVDs, Blu-Rays, and Box-Sets while he also keeps opened copies on the shelves

It can only mean one thing: He’s a speculator. He might have an appreciation for the art, but he doesn’t have an appreciation for his fellow film buffs. He is just hoarding everything he can from Criterion in the expectation that he will be able to mark up that collection of Lina Wertmüller shorts by 850% the moment a Solar flare burns down the servers of all streaming platforms. Or if WB-Discovery buys The Criterion Channel. He is the ultimate capitalist pig, doing to art what private equity bros also do to art. Run from his apartment, but take one of the boxsets. It’s not stealing, it is Popular Expropriation.

If he doesn’t have any dude classics.

It is absolutely normal for a cishet dudes to share an undying love for certain films, and they would be right, because those are great, canonic films for a reason: Francis Ford Coppola’s Imperial Period, at least one Martin Scorsese movie per decade, Heat, Christopher Nolan steelbooks, anything by David Lean, Toy Story. There’s nothing wrong and nothing red-flaggy about loving the Canon, it’s all about expanding it. However, there is a direct opposite to the canon-obsessed: The contrarian film buff. He is so obsessed with having a head-canon that is different from anyone else’s that he will make hating the classics his personality. Hates anything even remotely popular, blabbering instead about the artistic superiority of films so obscure that the reels have not been developed, but that doesn’t mean he is into female filmmakers. No woke impositions, please.

Now, there are several legitimate reasons why one would have Leni Riefenstahl’s nazi propaganda documentaries in their DVD collection. Maybe you are an actual Holocaust or Totalitarianism historian … and honestly, that would be the one good reason to have a copy: Your job entails teaching history, or passion for learning history from direct sources. Maybe he also has Lanzmann’s Shoa in his collection and other documentaries and movies about the Holocaust. But if he doesn’t, do the following: Open the case while he’s in the Bathroom and see if there are some scratch marks on the back of the disc. Then check his bookshelves, the desktop picture in his computer, and the pictures he hangs in his apartment: Did you find books like The Bell Curve, anything by Jordan Peterson, Ezra Pound, Henry Ford, multiple books about the collapse of the Roman Empire, books about how Atlantis was real and hundreds of books about the history and weapons of Germany in World War II? Is the desktop picture in his computer a marble-white Classicist statue?

That is the worst red flag. I recommend taking an actual red flag with its pole and … you get the point. He gets the point

Alberto Cox reserves himself the right to a red flag: women over 20 who are still obsessed with Disney. I mean… can they please watch any other animation? Don Bluth even? (this is a personal pet peeve about posh Chilean Millennials)