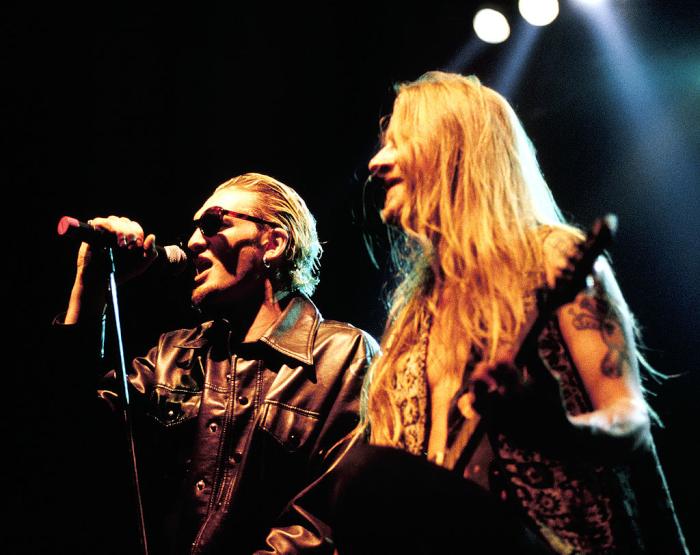 The Most Cathartic Scream Of All Time

I know all science and reason says that the year 1990 was ten years ago, but there are unfortunately some around who claim otherwise. Malcontents. Subversives. Bad faith actors who thrive on sowing seeds of discontent. Their campaign of hate should be disregarded, and those forked tongues kept behind their teeth, lest we all end up slumped and haggard like Théoden, aged before our time.

Either way, however long ago it actually was, 1990 will forever remain a special year. It may not have been the greatest year of music releases of all time, but it still put in a great case for itself. The twelve months between Poland withdrawing from the Warsaw Pact on 1st January and Garry Kasparov defending his World Chess Championship against challenger Anatoly Karpov on 31st December saw some truly incredible albums released in the English-speaking world.

In that period, we were blessed with Public Enemy’s ‘Fear of a Black Planet’, Pantera’s ‘Cowboys From Hell’, Slayer’s ‘Seasons in the Abyss’, A Tribe Called Quest’s ‘People’s Instinctive Travels and the Paths of Rhythm’, Ice Cube’s ‘AmeriKKKa’s Most Wanted’, Suicidal Tendencies’ ‘Lights…Camera…Revolution!’, and Jane’s Addiction’s ‘Ritual de lo Habitual’. It was a remarkable time, with heavy metal, alternative, and hip hop firing on all cylinders. 1990 also saw the release of two of my favourite albums of all time: Megadeth’s untouchable thrash monolith, ‘Rust In Peace’, and one of the greatest comeback albums ever made, the mighty Judas Priest’s blistering ‘Painkiller’.

Yet despite that ridiculous bounty of quality, 1990 remains significant for another reason, as August of that year saw a beast rise up our of the dark sludge of Seattle, when a little band known as Alice In Chains’ released their debut album ‘Facelift’, and with it brought one of the greatest rock screams ever committed to tape.

Echoing comments made by members of Black Sabbath and other heavy metal progenitors when recalling the influence of their industrial midland homeland on the genre they birthed, Alice in Chains guitarist and songwriter Jerry Cantrell said that ‘Facelift’s’ ‘moody aura’ was a ‘direct result of the brooding atmosphere and feel of Seattle’. The unquestionable highlight of that feel on the album is its second track, ‘Man in the Box’. ‘Facelift’ was a slow burn of a sales entity, selling fewer than 40,000 copies in its first six months. This all changed once MTV added ‘Man in the Box’ to its regular rotation, at which point ‘Facelift’ started to fly off the shelves, shifting 400,000 units within six weeks, and eventually cracking two million in sales.

‘Facelift’ is a damm great album, its quality even more impressive considering it was Alice In Chains’ first. Their follow-up, ‘Dirt’, remains the band’s impossible-to-top masterpiece—as well as one of the greatest albums of the nineties—but ‘Man in the Box’ stands alone on the earlier record for its ability to measure up to even the strongest tracks on ‘Dirt’. A stone-cold sledgehammer classic in which singer Layne Staley rages against censorship and thought control, it also features what is possibly the most cathartic scream of all time.

The thing about the great singers of the grunge era is that they all brought something unique to the table. Chris Cornell may well have been the most technically accomplished, but there was something about Layne Staley’s scream—a forlorn howl somehow both imbued with limitless power and shot through with bottomless despair—that makes him stand out to this day. There is perhaps no better example of the singular magic of this scream than ‘Man in the Box’.

Exploding out of that grinding verse into the stratospheric catharsis that is the chorus, Staley’s performance on ‘Man in the Box’ defies description. What’s even more amazing about it all is the way he raises the bar during the song. Not satisfied with sending shivers run up your spine a bunch of times with the chorus, the singer saves the best for last. With only just under a minute left of the song’s run time, Jerry Cantrell’s bluesy solo fading out and that familiar pre-chorus riff signaling the explosion one last time, Staley serves up a moment that beggars belief. He reaches deep into the Earth, grounding himself into ancient foundations to belt out a version of that scream that reaches higher and taps into something truly out of this world. It sends my mind spinning, convinced its on the verge of glimpsing some fundamental truth—Each. And. Every. Time.

And here’s the real mindfuc*ker of it all.

It was even better live.

Another of the greatest screams ever recorded—perhaps the greatest ever—is the one the ends the intro of Iron Maiden’s ‘The Number of the Beast’. Famously, that iconic howl was the result of producer Martin Birch bringing singer Bruce Dickinson to his wit’s end by spending hours asking for take after take after take. It was all worth it, of course, as the recording is transcendental.

The down side is that replicating that achievement in a live setting is nigh-on impossible (especially if you hamstring yourself somewhat by being as hyperactively and fantastically acrobatic as Dickinson is on stage). Staley, though? Staley takes that recorded ‘Man in the Box’ scream and he straps rocket boots to it:

And he does it repeatedly!

← 'Pivoting' Is a Wildly Enjoyable 'Bad' Sitcom | When Keeping It Real Goes Wrong: Jeremy O. Harris Vs. Everyone Who Writes For And About Television →