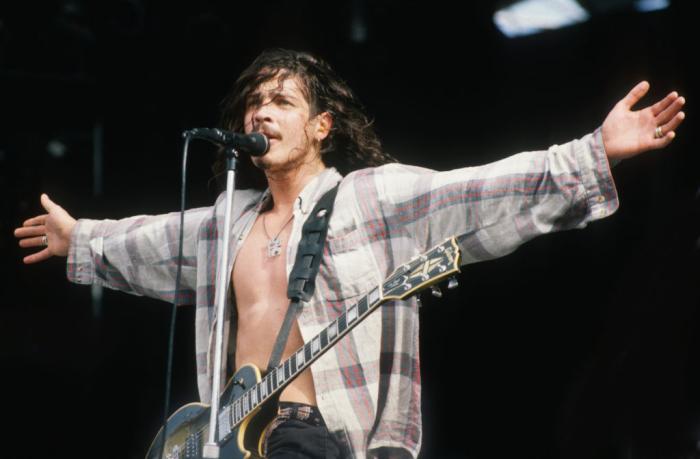 I know it’s reductive to…well, reduce…the entirety of a musical genre and movement to just four bands. But then so is the very idea of pigeonholing and segregating often quite stylistically disparate and variably motivated sets of musicians into ‘genres’ and ‘movements’ in the first place. And yet we still do it. Often against the express wishes of those who are being pigeonholed. Humans are hardwired to categorise. Capitalism too loves to package and shoehorn things so as to sell them better (the image of a suddenly plaid-clad and bullet belt-shorn Dave Mustaine leading a similarly aberrantly attired Megadeth in the early ’90s comes to mind immediately and hilariously).

All that is to say, I’m somewhat loath to use the phrase ‘the four pillars of grunge’.

But I’m going to anyway.

In my time, I’ve been on quite the journey with the bands that constitute the four pillars of grunge. As a young teenager just discovering the world of heavier guitar music, Nirvana were one of my first and greatest loves; and yet these days I barely ever listen to them—though the classics do still blow my mind whenever they come on, and Kurt’s sincerity and Dave’s drumming (and, well, overall Daveness) never get old. Later, my early and mid-twenties were marked by a shift towards Soundgarden and their darker, more sophisticated, heavier instrumentation. At the same time as I was getting into Soundgarden, I also started to pick up on little pieces of Alice In Chains here and there, but for whatever reason I never quite found the time to dive into their music properly. That all changed in my late twenties when I finally managed to spin their 1992 masterpiece ‘Dirt’ from start to finish. Ever since then, if you ask me who my favourite band of the grunge era is, it’s a no contest, no-thought-needed no brainer. The apocalyptic howl of Layne Stayley will carry me through the rest of my days.

That being said—and here we counter and yet also stoke that reductive instinct again—when Chris Cornell was on form, there was no-one who could touch him. To wit, this video of a live performance of one of my favourite songs of the 90s, Soundgarden’s ‘Fell On Black Days’, that I’ve just stumbled upon. The original is one of those songs that just one hundred percent nails the emotion it is chasing, with Cornell delivering one of his very best performances over an incredible, twisty, hypnotic 6/4 riff. The live version I’m posting here is a stripped back variation, featuring Cornell alone on vocals and acoustic guitar accompanied by Pete Shepherd on bass. When Cornell died back in 2017, it hit me hard. I wrote about it here, saying: ‘Soulful, raw like an exposed nerve, and as powerful as dynamite, that voice will ring out in eternity.’ Consider this video exhibit number god-knows-what in support of that:

Oh, and uh, sorry, Pearl Jam. Eddie, I love you man, and I dig what the band does in theory, but I can only ever really listen to you when you do the more acoustic-y stuff.


← Dating Pete Davidson is Reportedly a 'F---ing Disaster' | 'The Great British Baking Show' Finale: Should Have Kissed The Damn Spatula →