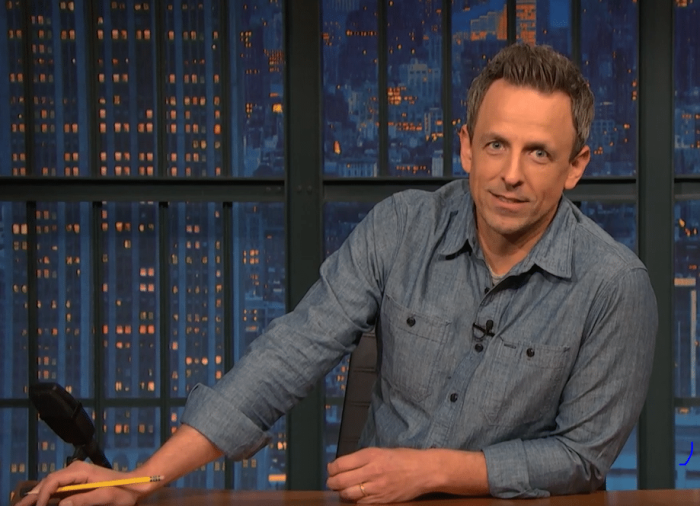 Seriously, We Need To Talk About This

So, listen, I know things are scary right now. Even if you’re one of those people who isn’t worried about being sick with COVID-19, you’ve got to admit the social and economic impacts are significant. Literally, everything is canceled. Schools, concerts, sports, effing Disney World? That’s all going to have a huge effect. People are going to need to figure out childcare if they’re not able to work from home (also if they do work from home because children in the house does not make for a productive work environment). Kids who depend on school for food and shelter during the day are now going to need to figure out how to stay safe and fed because this country is f**king horrible in a lot of ways. Just businesses that depend on people being physically around to buy their products are going to have to cut hours or even close. This is already a catastrophe on a lot of levels, and we haven’t even gotten to the “many people dying” thing yet. It’s bad, and I don’t want to minimize or trivialize that.

But we need to talk about this for a second.

We’re big fans of Seth around here, but I don’t know that we talk enough about how absolutely dreamy Seth Meyers really is (I mean, I talk about it near constantly. It’s mostly the rest of you who aren’t holding your own). And while I’m very aware that the man can rock a suit (the brown one is my personal favorite), I feel like we don’t get the appropriate time to really ogle Casual Seth. Like, yes, we got the Hot Sweater Dad look in his stand up special … 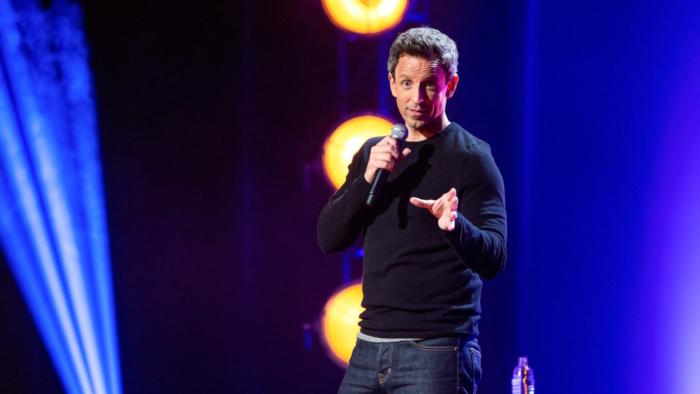 … but where has the Super Laid Back Seth been? Even the button down he was wearing last night (which was very, very good) is a little too fancy for my credit ruining tastes. Can I get a t-shirt, Seth? 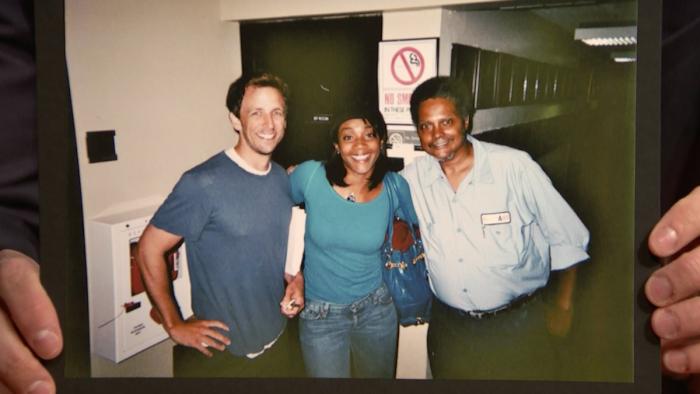 Mmmmhmmmmm. That looks like you’d get me down to a 580. And Seth does great with picking out statement t-shirts. Look at how cute he is when he hosted Saturday Night Live. With the shout outs to his wife, kids and dog. 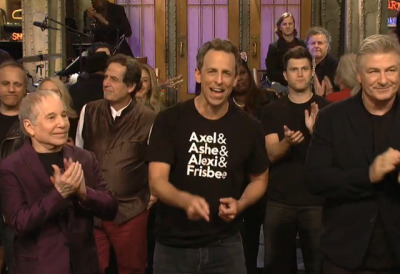 And his Eternal BFF Amy Poehler. 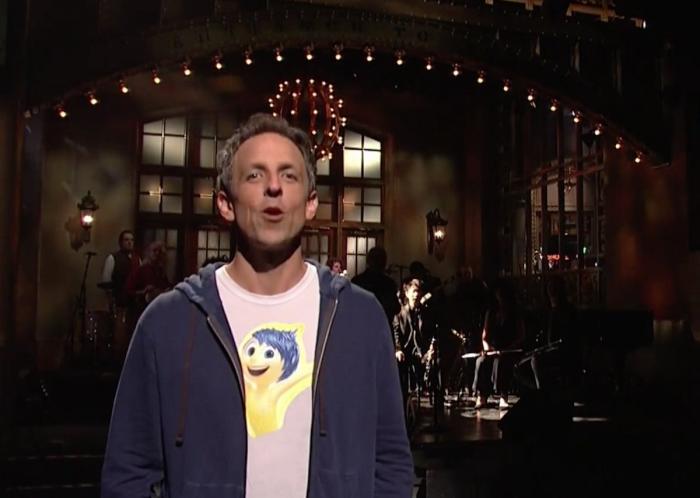 (True story, I did spend five minutes trying to remember that the name of the movie he’s referencing is Inside Out, and not Get Out.)

Is there a single good reason to not carry on with Casual Thursdays indefinitely? Meyers has already broken with late-night tradition by doing his monologue from his desk instead of standing up. And his monologue itself is untraditional by being a full-on journalistic deep dive on a specific topic instead of random jokes about the day’s news (a move that makes him one of the best hosts in late night). Maybe what we need right now is a little less tradition and a little more comfort. Maybe doing away with the (very attractive) suits in favor of a looser look once a week would allow the audience to settle into their Fridays and weekends. Maybe what we need in the face of alarming and extraordinary times is a little more ordinary in the form of one-hundred-percent cotton draped over a very good looking dude. Maybe he’ll eventually let his hair down enough figuratively to let his facial hair grow out, rock a bedhead hairstyle, and maybe a flannel just to really impress College Emily. Maybe.

If anybody needs me, I’ll be laying down with a cool rag over my eyes for the next forty-five minutes.

← Even Mount Everest Is Closing Because of Coronavirus | Trailers: 'Sea Fever,' 'The Quarry,' 'Beastie Boys Story,' 'Banana Split' And More →