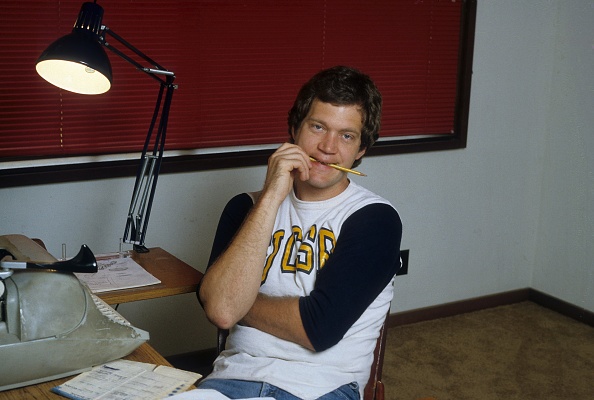 As my family ponders a summer potentially without summer camp due to the ongoing pandemic, I have begun to wonder how we were going to fill our kids’ days for three long months. Then I remembered that I never attended camp when I was a kid. Camp was something I only saw on TV. I was at home all day during the summer without parents in the Arkansas heat without air conditioning. I mostly spent my summer boiling.

However, it was those long, brutal, and lonely summers when I discovered Late Night with David Letterman, because I would stay up all night when it was cooler so that I could sleep more during the day when it was hotter. It was from watching Letterman that I first took an interest in pop culture and comedy, and in my later teenage years, a friend of mine and I would actually spend a month each summer producing our own late-night talk show. So, while I loathed Arkansas summers, I do have a lot of fond memories of late-night television. I thought, therefore, that we’d try out a new feature for the summer of the pandemic: Reflect back on some of the best moments in late-night history, basically from Letterman in the ’80s, Conan in the ’90s, Kimmel in the aughts, Colbert in the 10s, and Trevor Noah et al. in the 20s.

We’ll start with one of my all-time favorite late-night clips. This comes from 1989 and a segment on David Letterman’s Late Night called Viewer Mail, in which viewers would send in questions and Dave would ask them on the air. In this question, a viewer asked how could we know for sure when a dog food says that it has “improved flavor”? How do we know “it’s not just some heinous marketing scam?”

I won’t spoil the answer for you, except to say that it involved a young Chris Elliot, who was then a writer on Late Night and made frequent appearances on the show.

If I am not mistaken, that was Letterman’s feature film debut, although he had appeared on television several times, including an appearance in 1979 on Mork & Mindy opposite Robin Williams.