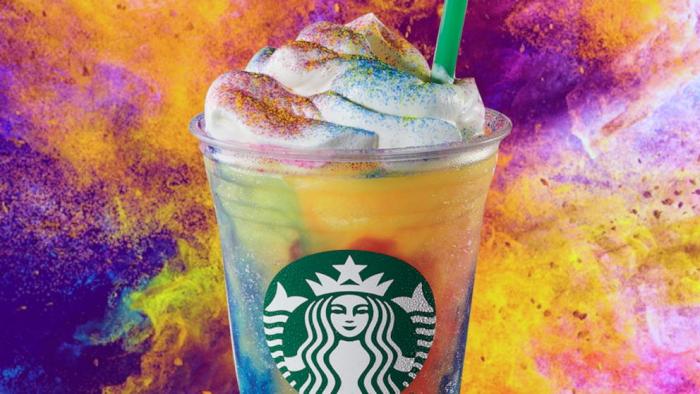 Review: Starbucks Tie-Dye Frappuccino Is A Pop Of Sunshine In A Dismal Summer

As soon as Kate alerted me to the release of Starbucks’ latest Instagrammable beverage I knew I had to have it. Not only is it called the Tie-Dye Frappuccino but it gave me a reason to leave the house even though a wall of heinous humidity smacked me as soon as I opened the door. DESTINY WAS CALLING AND NO AMOUNT OF HINDER SWEAT WAS GOING TO STOP ME.

I did choose to use the Starbucks near my house with a drive-thru though, because destiny still wasn’t going to get me to put on makeup today.

I grabbed Pinky Jr. and got a Frapp for each of us. Unlike the images on social media and Starbucks’ website, the drink was not so much tie-dye as brightly layered sunshine with touches of green and blue. (Don’t worry. I was stopped when taking both photos.) 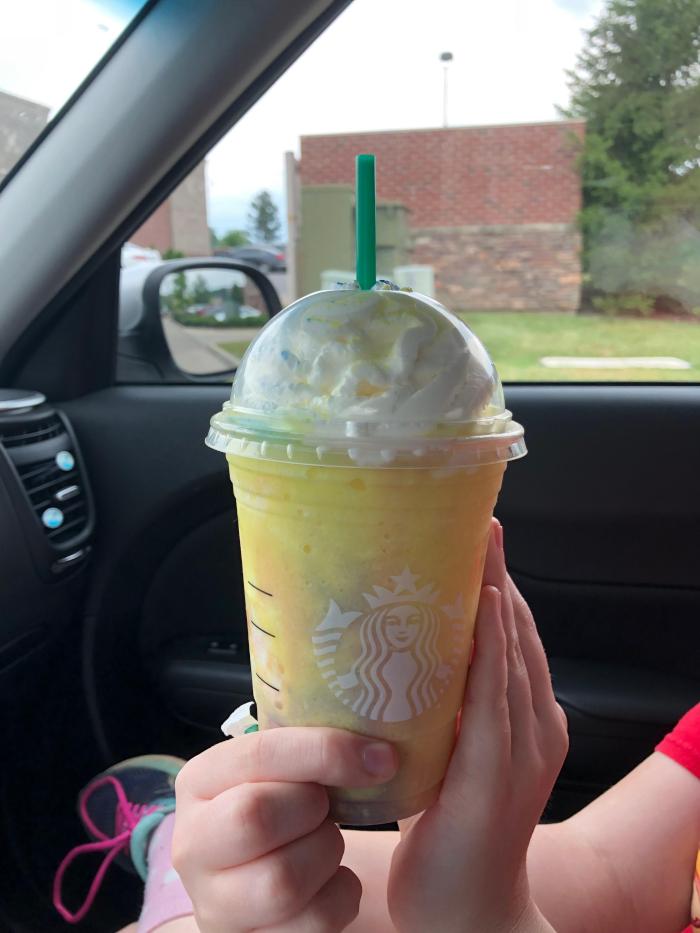 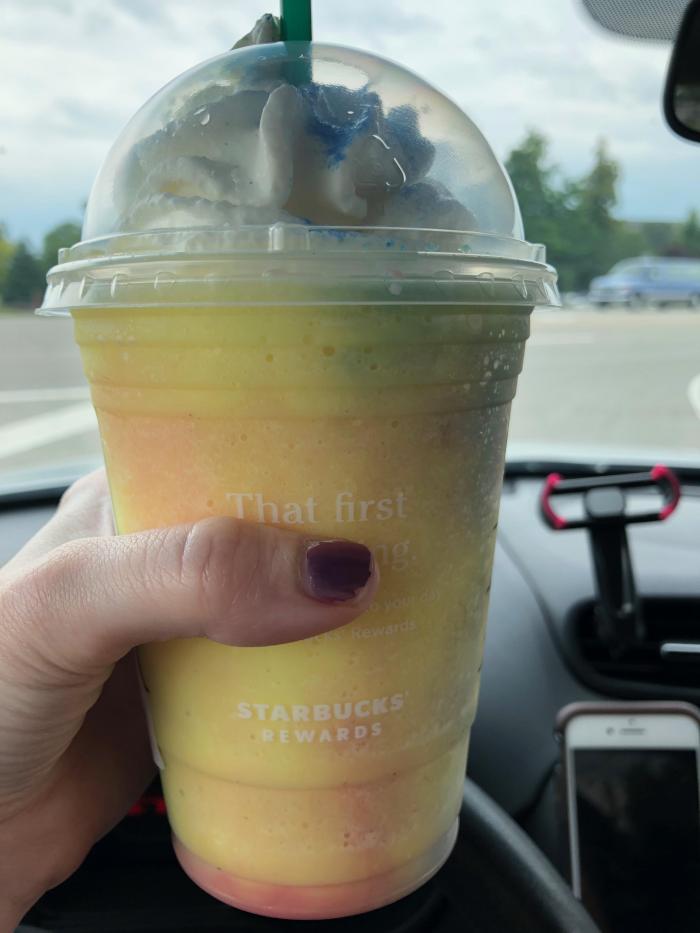 Honestly, that didn’t bother either of us since it appears that the Tie-Dye Frapp is a real jerk to make. I could see five drinks already made and waiting on the drive-thru counter while the barista told us ours were getting their finishing touches. Blending and then pouring three different colors of drink into one cup for one order is nearly on par with making drinks for the customers based on some “secret menu” that doesn’t exist.

I don’t give a rat’s thicc booty about how the drinks look as much as I care about how it tastes. How it tastes is perfectly delicious. From the Starbucks website:

Turn up the volume on summer with a Tie-Dye Frappuccino® Crème Blended Beverage. This deliciously fruity drink is vibrant with red, blue and yellow tie-dye swirls, topped with vanilla whipped cream, and dusted with red, blue and yellow powder. Just like the peak of summer, the Tie-Dye Frappuccino® blended beverage is available for only a few days.

The drink is fruity, but we couldn’t put our finger on what fruit. I think some banana might be in there and the whipped topping is clearly vanilla as described. It is delicious and refreshing, super cute, but I don’t get the tropical vibe Starbucks is talking about in other press releases. The Tie-Dye Frappuccino is a win in my book for sure. Unlike my new go-to the Dragon Drink, the Tie-Dye Frapp is only available for a few days, so if you want to sample it yourself you need to hurry!

← Remembering Rip Torn as Don Geiss, One of the Best Supporting Characters in '30 Rock' | John Krasinski and Emily Blunt Celebrate Their Ninth Anniversary Today. Here's What to Get Them →