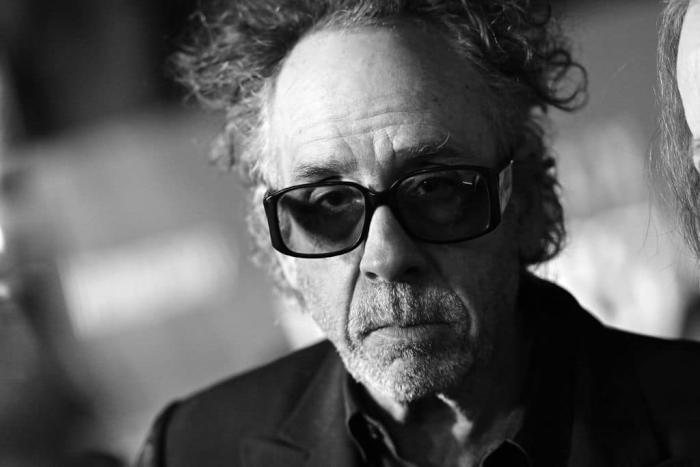 Society Has Progressed Beyond the Need for Tim Burton

Netflix’s Wednesday, a reboot of The Addams Family focused on its pigtailed adolescent terror, premiered to surprisingly strong reviews. Critics and audiences alike seemed to warm to the gothic teen tale of schooltime madness and creepy kookiness. That’s not entirely surprising given the nostalgic love for all things Addams and the starry cast in front of the camera. But we wouldn’t blame you for being hesitant about Wednesday. After all, it’s partly directed by Tim Burton.

Once upon a time, the name Tim Burton inspired far more devotion and enthusiasm than it does in 2022. For close to 40 years, Burton has been one of mainstream American cinema’s most popular directors. His films have made billions of dollars. His style, immediately familiar, is the stuff of Hot Topic merch dreams. For many people of my generation, he was our first introduction to gothic fiction, a guiding hand to the world of the macabre that felt so at odds with stories of glistening suburbs and beautiful families in their rigid societal molds. Long before the current era of superhero cinema glut, he changed the game with his take on Batman. He seemed like a true outsider to the Hollywood norm, and fans adored him for it.

Now, however, he’s a shadow of his former self. His films seem repetitive, half-baked, and cliched. What once felt fresh is now overdone, more a parody of the Burton of old than anything else. The past decade has been tough for Burton, with more misses than hits, and some of the biggest stinkers of his career. 15 years ago, I would have been thrilled at the prospect of a Burton-directed reimagining of The Addams Family. Now, it feels tedious. Yet, perhaps, this downhill trajectory has always felt inevitable for the self-styled underdog outcast.

In defense of Burton, it is notable that a director with such a distinctive style, one that is instantly recognized by millions of viewers worldwide as Burtonesque, has managed to become as commercially viable as he has. There are better filmmakers in the list of the highest grossing names behind the camera (hello, Spielberg), but none that have made their aesthetic into a brand so thoroughly. As the Marvel machine works overtime to sand away the quirks of every director who joins their achingly manicured cinematic universe, there is something to be said for his consistency. He’s been far more successful in expanding his vision to the mainstream than having it be watered down by corporate demands.

At his best, with films like Edward Scissorhands, Ed Wood, and Big Fish, Burton truly captured the hazy madness of life on the outskirts. There was a broadness to his storytelling but still enough eccentricities and minutiae to offer a richness beyond mere fable. There seemed to be real joy in being apart from the norm, yet the tedium and pain of doing so weren’t overlooked. He faced accusations of style over substance and they weren’t always unfounded, but you could at least rely on a sturdy narrative to support his visual flair, or characters who grabbed your interest. With his tight-knit ensemble of familiar faces, including Johnny Depp and then-partner Helena Bonham Carter, you got the real sense that this was a crew having a blast doing what they did, like they couldn’t believe they were getting away with it.

In a recent interview, Burton decried Disney, a company with whom he’s been associated since the 1980s, following his experiences making the live-action remake of Dumbo. He said, ‘The thing about ‘Dumbo,’ is that’s why I think my days with Disney are done, I realized that I was Dumbo, that I was working in this horrible big circus and I needed to escape.’ It’s not that he’s necessarily wrong about the environment of Disney in its current monopolistic glory, although given that he’s worked with the House of Mouse for 40+ years, his eagerness to remain the plucky goth outsider to its technicolor fury is questionable.

And that’s one thing that gets at the heart of the decline of Burton’s work. When you challenge the norm, you end up reinventing it. There’s nothing really dangerous or challenging about the Burtonesque and there hasn’t been for years. Where’s the bite to a viewpoint that can be found in every Disney theme park and gift shop? Indeed, we can point to Burton as one of the architects of the current issues with Hollywood. His 2010 retelling of Alice in Wonderland was not good. Really, it might take the cake for his worst film aside from Dumbo, thanks to its pallid cinematography, staid hero’s journey narrative, and Razzie-worthy array of comatose performances. Yet that film made over $1 billion and kickstarted the inescapable trend of Disney mining its classic animations for nostalgic profit. None of the films from this glut are exactly good, but Alice in Wonderland feels especially soulless.

As Burton’s films got bigger and more expensive, the lo-fi appeal of his style became glossier, easier to manufacture on a grand scale. Everything felt like an assembly line of ideas, of costumes, of wigs (especially on Johnny Depp’s head.) The acting got worse, as Burton seemingly lost interest in giving his cast more to do than wear sumptuous costumes (again, hello Depp.) The limitations of his vision never seemed more obvious, even when the source material he worked with seemed tailor-made for the Burtonesque. Dumbo was a new nadir in that regard, a problem of his own making. He may have been working within Disney’s confines but he’s the one who helped to build those fences.

Nowadays, we have filmmakers who offered more layered and pricklier speculative takes on the concept of the outsider. Consider Jordan Peele’s use of horror and sci-fi to tackle America’s racist past and present, stripping back centuries of hypocrisies through the savvy subversion of well-worn genre tropes. Guillermo del Toro, a filmmaker who loves his monsters far more than even Burton, never skimps on dense characterisation, even for his villains. His stories are rooted in far more than binary notions of good and evil, and the richness of his cinematic knowledge can be felt in every film. Bryan Fuller’s take on Hannibal brought the baroque and camp to a story of murder and teased at the inherent queerness of the horror genre. The newest adaptation of Interview with the Vampire expands on Anne Rice’s source material to explore the intersections of race, gender, and sexuality as they pertain to the vampire mythos. I don’t think it’s a coincidence that all of these creatives are far more adept with on-screen diversity than Burton has ever been.

And therein sits the very white elephant in the room. Burton infamously defended the blinding whiteness of his work by claiming in a 2016 interview that ‘things either call for things, or they don’t.’ It was a weak deflection, even by the standards of rich white dudes in Hollywood, but it further drove home the Burtonesque problem. His ideals have become so diluted and mainstream that everyone is an outcast now, but only if you’re straight and white and fit the scribbled gothic ideal of Burton’s dreams. It’s tough to take a Disney favorite seriously as he decries the big bad normies at the best of times, but more so when the truly marginalized are utterly absent from his vision.

There’s no real sense of outsider justice to Burton’s work, at least not nowadays. It’s all about an increasingly bland style created by a millionaire on autopilot. He’s been detached from true underdog status for decades but hasn’t updated his understanding of film or the world to regain it. Hollywood may not reward risk but far bigger names than Burton have done so in the past couple of decades, like Martin Scorsese’s Silence. Maybe he’s got a radical passion project up his sleeve that he’ll commit to in his post-Disney era.

Still, I wonder what route there is left for the stifling limitations of the Burtonesque. As I wrote back in 2019, he’s just another Hollywood filmmaker now. For someone who once seemed so committed to exploring the world beyond its confines, Burton now seems stuck in his own suburb. At least the sets look nice.