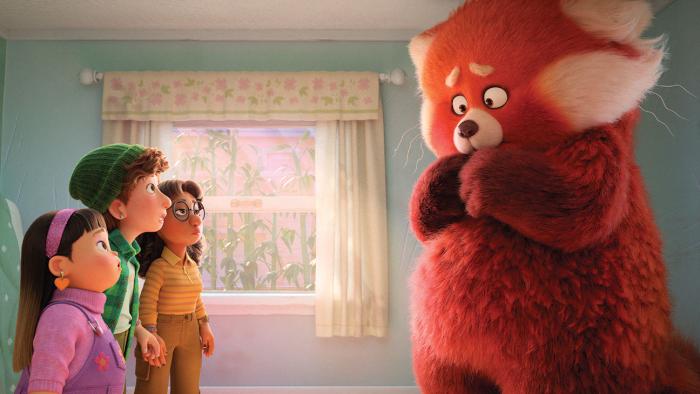 While Disney Demoralizes Pixar, Brad Bird Takes His Next Feature To Skydance

If that’s true for geographical empires, then it should be true about business empires. This would seem to be the case with Disney. The way it’s treating Pixar could potentially be a sign of those early structural cracks that grow bigger with each generation.

After the announcement that Turning Red would be the third Pixar movie in a row to go straight to regular Disney+ and without Premier Access surcharges (after Soul and Luca, not counting Onward being pulled out early from theatres as the pandemic hit), there have been a series of reports about the disappointment and demoralization felt by Pixar employees. It’s as much a point of pride for the company, as it is about what their role will be within Disney’s corporate structure: Sources within Pixar were irked by the fact that they did not enjoy a simultaneous theatrical and streaming release like Black Widow or Raya; adding insult to injury is the very fact they will be available without the Premier Access window.

Pixar is perhaps the gold standard among US mainstream movies without much competition. Every single thing they release will start a conversation, every single one of their movies (at least since Toy Story 2) isn’t just a surefire event, it impacts on an inter-generational level, or at least, among Millennials, their children and Zoomers. When a Pixar movie disappoints, or when they start cashing in on a formula, or the very few times it outright sucks, it’s a worrying trend if you still are interested in seeing that tentpoles can also be works of art. It’s understandable its employees feel their pride is being chipped away; Pixar is the most premium content out there and it’s being thrown into streaming as if it were another of Netflix’s shows about idiot teenagers… or great French Animation?

Technically Soul and Luca did see a theatrical in some territories, mainly in China, but Pixar considers itself a company that makes movies for the big screen, for people who are going to be so enthralled by the experience so much that you ignore the distracted kids playing around the theater (so basically, Millennials, with or without children). The pandemic certainly played a part: Soul premiered during one of the worst moments of the pandemic; when Luca came out, vaccination campaigns were still gaining momentum (among the people who cared about living), and Turning Red also coincided with the Omicron wave. Both Pixar and Disney have a lot riding on their prestige; you could say that pulling those films from theatrical releases was the responsible thing to do. Considering the patterns of irresponsibility among a large number of US adults, and considering Pixar’s huge baseline of popularity, had Disney kept a normal schedule, perhaps the pandemic would’ve been even worse in the States. No one wants their movie associated with killing hundreds of thousands of grandparents. Except for the fact Disney opened the parks in Florida in the middle of 2020 right during one of the first peaks of the pandemic. Nor was the same consideration taken when releasing Raya, Black Widow or Encanto, the latter just as Omicron peaked while still making a decent $250 million.

The answer is probably more cynical and counterintuitive: Pixar’s releases are being sent to Disney+ precisely because they are that good, because they keep releasing beloved movies that will have enraptured audiences, because Millennials are now having children or are forever bonded to the studio and because they guarantee a fixed subscriber base for Disney+, already a cashcow of constant liquidity.It seems to have worked.

But that’s going to become a problem for Pixar, a crew that considers themselves an artist collective first, employees second. The official party line by Disney is that theatrical releases will always be the priority, statements that have been amplified by every business-friendly outlet, from Variety and The Hollywood Reporter to CNBC. But at least THR is slightly more critical, implying that the frustration of Pixar’s employees might turn into anger if the pattern continues, for example, with the upcoming Lightyear. Considering how firmly integrated Pixar is within Disney’s corporate structure, I don’t think it could result in a massive exodus of talent, but perhaps a trickle. And while Pixar’s only real competitors in terms of quality is Disney Animation itself, Netflix, Apple and Amazon probably would like to hear what their creatives have to offer if they are not being heard by the executive board. And they can afford them.

This is how Disney is stretching itself too thin and is not curating a better CEO succession. The acquisition of Pixar, back in 2006, was the first of many intelligent moves by then CEO Bob Iger. If we’re going by the metaphor of emperors, Iger expanded and consolidated to the point he swallowed an entire legacy studio. For Disney, he was like the Five Good Emperors in one. Then he stepped down, succeeded by Bob Chapek, a cynical corporate boomer that thinks corporations shouldn’t wade into political issues, unless they involve tax breaks in Florida, a nice tradeoff against having to throw LGTBIQ+ kids under the bus or people of color being able to vote. It’s not like Disney under Iger was a bastion of progressive values; if it came across as that, it is only compared to the past. But there’s something about this Chapek guy that screams “Yeah, I have no problem with those people, they should be free to do as they want, but do they need to be so outspoken?” With an empire as big as Disney, every little misstep, every key underling you alienate, every time you choose a path history has shown before is the wrong one, it all starts snowballing exponentially because the boulder is already big to begin with. By the way, is it me or is the president of 20th Century Studios almost begging Disney to support the Avatar sequels?

Pixar and Disney Animation don’t really have competitors yet. But a week ago, Brad Bird announced he would develop his next feature, Ray Gunn, at the upstart Skydance Animation Studios. You would think that after directing Pixar’s biggest hit ever with Incredibles 2 he would have carte blanche to do whatever project he wanted with them, so it is interesting he chose a brand new animation studio, Except that Skydance Animation happens to be headed by John Lasseter because cancel culture is a lie. It also helps that it has a multi-year contract with Apple. Isolated, Ray Gunn does sound promising, a sci-fi noir inspired on Deco-retrofuturism that Bird has been planning since the ’90s. Perhaps its content might be too adult for Pixar’s editorial line, but it is telling that Bird could not find a home for it anywhere within Disney’s outlets. In isolation, I’m interested in seeing what Skydance Animation could offer to compete against Disney … but do they need to work under Disney’s rejection?