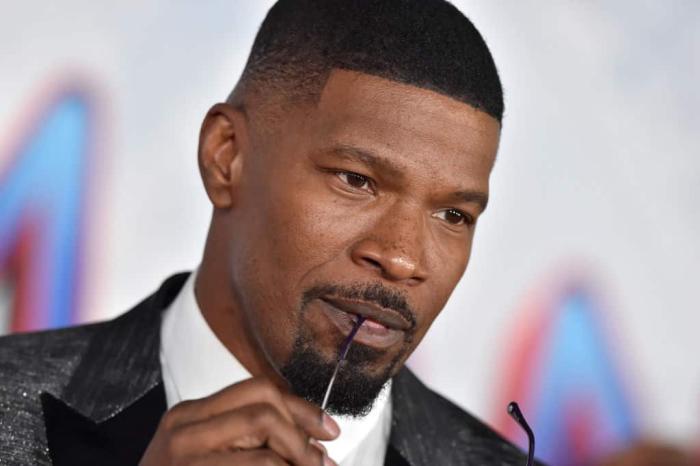 Hey, did you hear the one about the Jamie Foxx-directed comedy where Robert Downey Jr. plays a Mexican guy and Benicio del Toro is a dentist called Dr. Phill? No? Well, there’s a reason for that.

I’m a total sucker for a pop culture mystery. This is an industry where every minor update is reported with breathless enthusiasm, from casting rumors to box office disappointment. Nothing is a secret. Even the PR-controlled narratives, exclusive ‘sources’ and damage prevention, reveal the truth in their own ways. It’s not hard to find any of this either. Most of it unfolds in the most-read websites and trade publications in the business. So, when something is kept hidden or just disappears from sight, how can we not be fascinated by it? How can you not be giddy about the inevitable drama surrounding, as we will discuss today, an unreleased movie?

Even the worst films tend to get some sort of distribution from their studios and production companies. In the era of streaming dominance, long before COVID changed the game, it’s not even that big a deal for a movie to go straight to Netflix or VOD. It used to be a sign of utter catastrophe; now it’s just an accepted alternative, often the preferable option during tumultuous times. If nothing else, most films are contractually obligated to receive, at the least, the bare minimum of attention. When a film is quietly shelved, seemingly indefinitely, it can raise a few eyebrows if you were one of the handful of nerds paying attention. We just experienced this with The King’s Daughter, a fascinating train-wreck that was finally dumped in theaters this month seven whole years after it was supposed to be released. The story behind that film is probably more fascinating than we’ll ever fully know. Most unreleased movies are shrouded in drama that conceals a mundane truth. Sometimes the industry’s messiness gets in the way. Other times, a film is simply that bad. Hey, they can’t all be The Day the Clown Cried.

And that brings us to All-Star Weekend. If you’ve heard of this movie, it’s probably because you’re either a pop culture reporter or someone who plays too much attention to Gerard Butler’s career. Of course, I am both. Otherwise, let’s get on with the fun. In October 2012, it was announced that, as part of an informal partnership between Jamie Foxx and Ken Jeong, the pair would star in films written by one another. This led to Foxx signing onto After Prom, a comedy Jeong had intended to helm but ended up in the cycle of development hell. In October 2016, Deadline reported that Eva Longoria, Jeremy Piven, and Jessica Szohr had signed on to star in All-Star Weekend. This is the first report of the film I can find on the site. The article noted that production began on the day the piece was published — October 26 — and that the movie would feature cameos from Snoop Dogg, The Game, DJ Khaled, and Floyd Mayweather Jr.

Here is how Deadline described the plot:

The comedy centers on two tow-truck drivers, Malik (Foxx), and Danny (Piven), who are basketball fanatics and would take a bullet for their respective favorite players, LeBron James and Steph Curry. Danny’s girlfriend Abby (Szohr) is reconsidering the relationship as she does not want to take a back seat to his obsession. The two drivers finally get a break from their dead-end job when they win tickets to the NBA All-Star Game. En route to the big game, Malik and Danny meet the beautiful and mysterious Asia (Longoria), who might have her own hidden agenda. After many twists and turns, the guys find themselves and their heroes in a precarious life-or-death situation.

The cast only got more impressive, with the likes of Gerard Butler, Benicio del Toro, French Montana, DJ Khaled, and The Game being added. Foxx’s own daughter, Corinne, was also cast. The addition of Robert Downey Jr. proved to be intriguing given that the megastar crown jewel of the MCU made very few movies outside of that particular franchise at the time. During a July 2017 podcast interview on The Joe Rogan Experience (yup), Foxx revealed that RDJ would be playing ‘a Mexican’ in the film. He reiterated this detail the next year during an appearance on Jimmy Kimmel Live!. Fox also noted that Downey Jr., ever the busy man, was only on set for about four hours.

Oh, Foxx also told Rogan that he would be playing two extra characters, one of whom is a ‘white racist cop’ and the other who is the fictional twin brother of ESPN host Stephen A. Smith. Also, Gerard Butler is apparently playing a gymnastics-obsessed Russian, which makes more sense than I care to figure out.

All-Star Weekend was originally scheduled to be released on February 16, 2018, to coincide with the 2018 NBA All-Star Game, but it never appeared. The film was delayed to February 22, 2019, within the week of the 2019 NBA All-Star Game, but ended up missing the release date for reasons unknown. After that, I can’t find any evidence that the movie was ever given another release date. It’s now 2022 and I’ve seen not a drop of news on this movie. No gossip, no comments from Foxx or its many stars, no Twitter speculation. Not a thing. That’s not necessarily surprising. Production companies and filmmakers alike don’t tend to enjoy bragging about something like this since it will, regardless of the circumstances, elicit cries of failure.

Great movies have suffered this fate. The Kenneth Lonergan drama Margaret was filmed in 2005 and originally scheduled for release that year by Fox Searchlight Pictures but was repeatedly delayed while Lonergan struggled to create a final cut he was satisfied with, which resulted in a ton of lawsuits. Audiences didn’t get to see the director’s true vision for the movie until 2012, and it ended up being ranked 31st in a 2016 BBC poll of the 21st century’s greatest films. Harvey Weinstein was notorious for shelving films for years at a time when directors wouldn’t do as he said. Mostly, though, such films aren’t masterpieces and are merely the victim of corporate squabbling. Consider The New Mutants.

I’m not sure what’s happening with All-Star Weekend. Perhaps the production company got cold feet or Jamie Foxx isn’t happy with the cut. Maybe it’s too radical for audiences or Robert Downey Jr. as ‘a Mexican’ made the actor panic and send out his lawyers. The truth is unlikely to be as exciting as it is in my head, but the mystery remains. I mean, how bad can it really be?

There is, as the kids say, a lot going on in this image.https://t.co/4CIfo1CB3H

← The Undoing of Aaron Rodgers' Mind Has Been in the Works for Years | 5 Shows After Dark: 'Our Kind of People' First Season Finale Fox, 'This Is Us' on NBC →