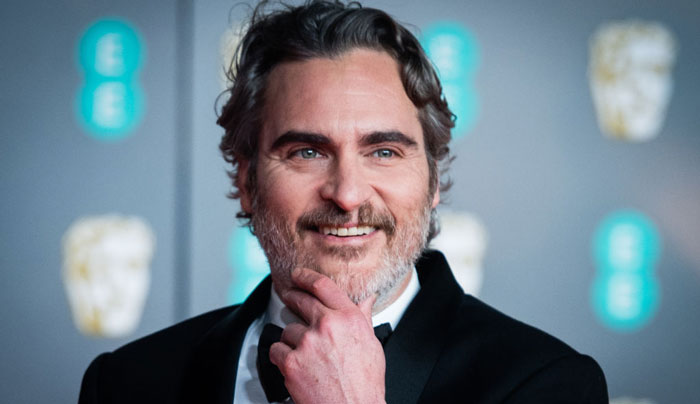 How Joaquin Phoenix Can Live Up To His BAFTA Speech

Joaquin Phoenix scored scads of attention last night, not only for winning the BAFTA for his lead performance in the controversial Joker, but also for addressing the issue of #BAFTASsoWhite in his acceptance speech. It was a powerful speech that earned a lot of praise on Twitter. But what can Phoenix do to change the systemic racism within the film industry?

This year, the British Academy Film and Television Awards only nominated white performers in Leading Actress, Leading Actor, Supporting Actress and Supporting Actor, excluding heralded performances from the likes of Jennifer Lopez (Hustlers), Awkwafina (The Farewell), and Eddie Murphy (Dolemite Is My Name). This is a recurring issue in major award shows, including this year’s Oscars where only one performer of color was nominated in the acting categories, Cynthia Erivo for Harriet. In his BAFTA speech, Phoenix spoke to how such nominations “send a very clear message to people of color that you’re not welcome here.” He also recognized he is “part of the problem,” and challenged his audience, “We have to really do the hard work to truly understand systemic racism. I think that it is the obligation of the people that have created and perpetuate and benefit from a system of oppression to be the ones that dismantle it, so that’s on us.”

Here’s video of the full speech.

So now what? Here’s four ways Phoenix can be a better ally in breaking down the systemic racism within the film industry.

In 2018, Frances McDormand concluded her Oscars acceptance speech for Three Billboards Outside Ebbing, Missouri with a similar challenge, and advice on how to start change. She said, “Look around, ladies and gentlemen, because we all have stories to tell and projects we need financed. I have two words to leave with you tonight, ladies and gentlemen: inclusion rider.”

An inclusion rider is a clause that can be included in an actor’s contract that demands a certain level of diversity within the cast and crew. It’s essentially a way that big stars can use their pull to be sure their projects offer opportunity to marginalized groups. For instance, such a clause could demand that the tertiary speaking roles be cast across the line of race or gender, as opposed to treating “white male” as the default for every part.

At this point, Phoenix is basically a lock for the Best Actor Oscar. Plus, he’s coming off the blockbuster success of Joker. So, he’ll be more hotly sought than ever before. With an inclusion rider, he can use his platform to help others who haven’t had his advantages.

In his speech, Phoenix briefly recognized his own complicity in a star system that holds up white performers most reliably. However, he didn’t get into specifics on past mistakes, like his acceptance of whitewashed roles. In 2003, the white actor lent his voice to Kenai, the Inuit hero of the animated adventure Brother Bear. Then with 2018’s Mary Magdalene, he played Jesus, adding his name to a long list of actors who’ve tied the religious icon to a white identity, including Ewan McGregor, Mathew Modine, Max von Sydow, Donald Sutherland, Liam Neeson, John Hurt, Willem Dafoe, Jeremy Sisto, and Christian Bale.

A common defense of actors who take whitewashed roles is that it’s unfair to ask a performer to turn down a good part or an exciting opportunity just because of the color of their skin. Well, the color of their skin means white actors are considered for a much wider array of roles than non-white actors. They’ll be fine. Phoenix will be fine. As evidence, consider the many films he’s made that didn’t snatch a plum role directly from an actor of color.

Work With Directors Of Color

Over the course of his career, Phoenix has worked with such esteemed directors as Ron Howard, Gus Van Sant, Oliver Stone, James Gray, Joel Schumacher, Ridley Scott, James Mangold, Spike Jonez, and Woody Allen. You know what else these and over 15 other helmers he’s worked with have in common? They’re all white men. This is not surprising in that feature films are predominantly directed by white men. However, it’s a bit shocking that in a career that’s spanned more than 30 years and 37 films, the only person of color who’s directed Phoenix in a film is M. Night Shyamalan, first in 2002’s Signs, then in 2004’s The Village. The only time Phoenix has starred in a feature film from a female director was Lynne Ramsay’s 2017 offering You Were Never Really Here, which many critics and fans consider one of the best performances of his long career. Simply put, Phoenix could make an effort to be the change he wants to see in award season by making it a point to work with directors of color like Lulu Wang, Dee Rees, and Julius Onah.

Use His Cache To Shine Light On New Voices

Phoenix fans may wish to defend his filmography by pointing out that many of the directors he worked with are big names with great reputations, so he’d be insane to turn them down. Over and over and over and over and over again. After all, these choices led Phoenix to the career he has today, where he has a $1 billion comic book movie that may win the Best Picture Oscar.

Joaquin Phoenix has benefitted from the preferences and prejudices within the filmmaking industry that holds up white creators, be they directors, writers or actors. He’s carved out a filmography respected in his industry, by film critics, and by his fans. He’s at the top of the mountain of fame, success, and respect. He can do whatever he wants next. And if he wants to live up to that speech, that next should be lifting the voices and talents of those who suffer under this same system.

As an actor, he can seek out projects with creatives of color. When he meets with directors and producers, he can suggest performers of color to co-star. He can employ an inclusion clause. He can use his name, his box office power, his prestige to draw funding to projects deemed risky because they’re not attached to a BIG NAME director (who happens to be white). As a producer, he can use his connections, his experience, and his pull to bring up other actors who are ignored by award season’s promotion, despite delivering impeccable performances.

One tweet last night suggests Phoenix is beginning to do the work to put his words into action.

I shouldn’t be saying this but w/e…this speech is a perfect example of why Joaquin is one of the actors who I’m so excited to be writing for this year.

He came to visit me in New Haven and I fell in love. pic.twitter.com/9OJMkbwXWs

Jeremy O. Harris, the queer Black author of the critically heralded and controversial Broadway show Slave Play, announced he’s in-the-works on a piece for Phoenix. Details are scant at the moment, but this is a promising start to what could be an important new chapter in the already legendary actor’s career.

← The Worst Super Bowl Commercial Was Rated Far Worse Than the Other 61 Ads | Before Disney's 'Hamilton' Hits Theaters, What Has the Original Cast Been Up To? →