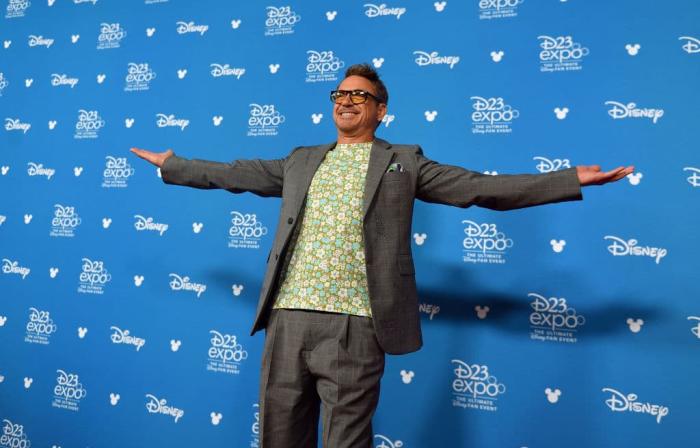 I Can’t Get Over Robert Downey Jr. Wanting to Make Doctor Dolittle and Pinocchio Movies

Celebrity opens doors. It’s a basic fact of life. Being famous gets you the best table in the fanciest restaurant, it miraculously allows those sold-out events to have two extra tickets just for you, and it makes people in powerful places want to listen to you. If you’re someone who is seen as a guarantee of profit and popularity, it can be hard to say no to your demands and it can also be tough to be told anything other than ‘yes.’ I think about this a lot when I see the history of the great (and not so wonderful) celebrity vanity projects.

Think of when Kevin Spacey thought it would be a smart idea to co-write, produce, direct and star in a Bobby Darin biopic at the age of 45, despite Darin himself dying when he was 37, or when Garth Brooks grew a soul-patch and turned into Chris Gaines, or that novel Morrissey wrote. These are the sort of projects where you can entirely understand the thought process behind them but still remain baffled by their mere existence. You’re so powerful and so beloved and able to do whatever the hell you want with your life but this is what you wanted to do?

That, of course, brings me to Robert Downey Jr. The Iron Man, the Marvel legend, the son of Hollywood who went from bright young thing to unemployable addict to the A-List megastar to end all others. If Robert Downey Jr. hadn’t lived his life, someone would have had to make it up for a trite tell-all drama on the evils of the business. There was a period in the ’90s where RDJ was such a toxic figure and an easy public joke that even The Simpsons took a swing at him. It was a tale as old as the industry itself: The legacy kid who evolved from goofy teen comedian to celebrated dramatic actor, complete with gorgeous celebrity girlfriends and Oscar nominations, only to blow it all on drugs. However, even as he was fun to mock, he was tough to root against in part because of that endless charisma and the keen awareness of his as-yet-untapped potential. The root to the top via an untested action franchise was unexpected and helped to pave the way for the future of the blockbuster. Over a decade on from Iron Man changing the game and Robert Downey Jr. as we knew him, he has the world at his feet and a production company ready to go with new projects that put him front and center. So, what does he choose?

We’ve talked before about the sheer lunacy of RDJ getting this invested in doing a Doctor Dolittle movie, and that was long before we saw the trailer for it. There are many questions that remain unanswered: Why did this cost a rumored $175 million? Why is that goose haunting my dreams? Who let the director of Syriana make this? Yet my primary thought remains the same: Why was THIS Robert Downey Jr’s dream project? Why is this the story he waited years to make?

It’s not unique in that regard. RDJ is also working on a Pinocchio adaptation. Yes, really. Italian writer Carlo Collodi’s The Adventures of Pinocchio has been adapted various times over the decades, most notably by Disney in 1940. It’s a solid morality tale that presents itself as a handy teaching aid for kids on why they shouldn’t lie or misbehave, although most adaptations tend to skip over just how bonkers and disturbing the original story is. This year will see the release of a new Italian adaptation courtesy of Matteo Garrone, with Roberto Benigni plating Geppetto, which is especially interesting given that he directed his own utterly terrifying Pinocchio movie where he played the title role.

Pinocchio is a curious story for adaptation purposes: The morals and basic story elements tend to remain the same in the various films available but it’s not uncommon to see changes made to the setting to reflect shifts in politics and society. Typically, however, Pinocchio is a children’s story that is always treated as such, to the point where the more unusual elements of the source material get sanded down to appease parental concerns. So what does RDJ see in it?

Robert Downey Jr. has worked for years to get this film made and the names that have been attached to it are astounding. Ron Howard was attached as director before Paddington’s Paul King came and went. Paul Thomas Anderson’s name was floated around for a while! Jane Goldman took a pass at the script, written by Bryan Fuller! These are incredible talents with major projects to their name, many of which demonstrate their distinctive styles and approaches, which makes it all the more baffling that they were in any way considered suitable for something that would inevitably be a one-man show. I can see why Fuller, who took Hannibal and turned it into a semi-baroque masterpiece well beyond the parameters of the typical procedural drama, would be a solid choice for a Pinocchio film. Yet all these names are so different from one another, so I’m assuming their various ideas for a project like this were seldom on the same page. What did RDJ want such with figures and what did he want them to mold for him? How close does his vision adhere to Fuller’s original, if at all?

What makes a vanity project so alluring and such an inevitable disappointment is the idea that it was made to satisfy one person and nobody else. Often, they seem to lack an obvious demographic or reason to exist beyond self-satisfaction yet they are still designed to be commodified by wider audiences. These are intended to be demonstrations of pure power and unimpeachable talent, the ultimate ‘screw you, I can do what I want.’ Perhaps that’s why audiences are more prone to rejecting vanity projects than embracing them. Then again, I’m not sure we’d still call them vanity projects if they were successful. That’s what the term ‘passion project’ is for.

I get why RDJ, who now has younger children, would want to make movies for them in a more classical mould of family-friendly storytelling. We don’t really make films like this anymore because Disney has swallowed up so much of the oxygen in the room for such titles, with notable exceptions like the Paddington movies. Children’s entertainment has become increasingly monopolized by the same handful of intellectual properties so there’s some nobility in RDJ wanting to use his clout to bring something new to the table, something cut from a more classical cloth of kids films. Still, for a many who was so talented in titles like Chaplin, Fur, and Zodiac, it feels like a bit of a waste. Downey Jr. has talked before about how he has no desire to waste his time or energy on small indie movies now that he’s done the hard work of making his way to the top, and he’s certainly earned the right to stay in the upper echelons of power in Hollywood, but how he uses that power continues to baffle me.

← What Will Happen In 'BoJack Horseman' Season 6 Part 2? | John Witherspoon, Legendary Actor And Comedian, Dead At 77 →