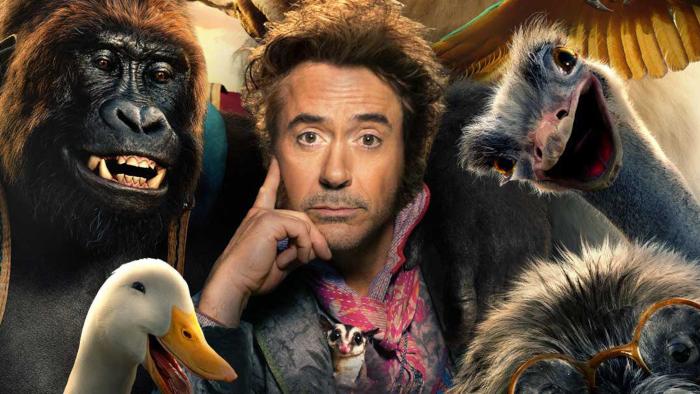 The Robert Downey Jr. 'Dolittle' Movie Looks Awful and Production Sounds Like It Was Hell

Robert Downey Jr. is one of the biggest stars on the planet. His story is that of pure Hollywood fable: The wunderkind of comedy and drama who spectacularly stumbled from the highest peaks thanks to legal troubles and drug addiction, only to rise like a phoenix to A-List supremacy by helping to birth the biggest movie franchise of all time. If he didn’t exist, someone would have had to make him up. RDJ is now done with being Iron Man and the world is his oyster. What do you do when you’re massively rich, seemingly beloved by everyone, and have every door open to you in the business?

Look at that poster. Really look at it. Gaze into the eyes of every single creature and think about the darkness they’ve seen. That dog has been witness to some truly hellish thing and the goose has powers we can only dream of. Somehow they all look more lifelike than RDJ himself, whose face seems to have been pasted on.

And then there is the trailer.

Did you know this film was a long-time passion project for RDJ? Yeah, he voluntarily wanted to make this. Oh, and did you know that its reported budget is $175 million. Let me scream that more for the people at the back — A HUNDRED AND SEVENTY-FIVE MILLION DOLLARS!

Suffice to say, Twitter had a lot to say about this.

Said, “Oh, fuck off” aloud when Robert Downey Jr. as Dr. Dolittle comforts the CGI gorilla by telling him “it’s okay to be scared” because we both deserve this and should demand something better.

Listen. I really like Robert Downey Jr. and all… but if he thinks he can release Dr. Dolittle on the same weekend as Bad Boys For Life and win the box office he’s mistaken.

Take your kids to a R-Rated action movie that weekend.

Yup. That's what "This was supposed to come out a year and a half ago but it's such a disaster of a production THREE different directors have been hired to try and recut, reshoot and retool it into something releasable we're STILL dumping in mid-January" looks like.#Dolittle https://t.co/zTPfxrlfIq

1: opens with "from the producer of ALICE IN WONDERLAND and MALEFICENT"
2: RDJ barely speaks and when he does he sounds like a Welshman who's been punched in the throat
3: the animals also barely speak?? isn't the whole thing talking animals?
4: SLOWED DOWN SONG UGH
5: STEAMPUNK?

Guys, we have our new Cats. https://t.co/Mfo5prwGdz


(Yes, I know it’s gauche to retweet myself but admit it, you wondered about the digital fur technology possibilities here too.)

Look, I get that this is a kids movie, and there are a whole lot of people screaming on Twitter about how mean Film Twitter is being for ragging on this one, but come on, kids aren’t stupid and they deserve better. Did Hayao Miyazaki teach us nothing?

This movie is wildly expensive, I’ve no idea who the target demographic is, the trailer is sloppy and tonally all over the place, and it’s being dumped in a January slot, so we know the studio doesn’t have great prospects for this one.

Rumors about a troubled production have swirled for months now, especially after the release date was pushed back. As Bob Chipman mentioned above, a lot of writers and directors were brought in to try and shape this into something watchable, and stories of tensions between RDJ and director Stephen Gaghan (he made Syriana so of course he was a natural fit for this) have been the stuff of gossip for a while. See this paragraph from the January 2019 edition of the Popbitch newsletter. 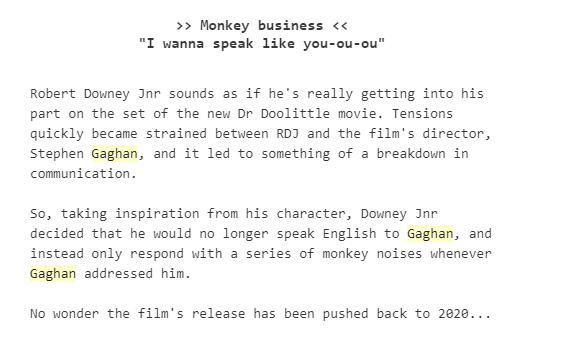 So someone that worked on the new Dr Dolittle movie is posting about it on reddit aaaaaaaaaaaaand….. pic.twitter.com/uhtb0FjSpf


Obviously, with all gossip like this, you take it with a pinch of salt, but none of this surprises me. It’s just part of history now, following in the proud (?) tradition of Doctor Dolittle movies with bonkers productions that broke the bank. At least this one didn’t feature a giraffe who stepped on his own c*ck. Good times.

Dolittle will premiere in American cinemas on January 17, 2020. 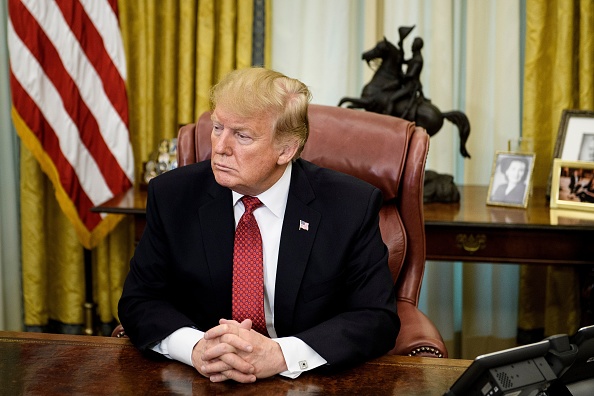