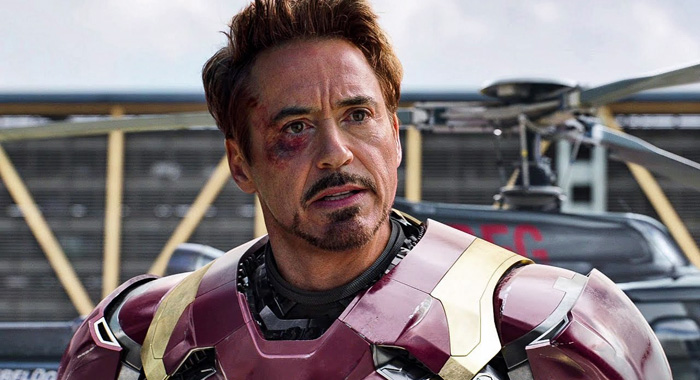 Robert Downey Jr. Is Already Returning as Iron Man in 'Black Widow' (That Was Fast)

Back in August, Marvel Studios head Kevin Feige told Empire that the creative team was very cognizant of the fact “there was some sense that deaths don’t matter in our movies” going into Avengers: Endgame, which would finally feature two major characters biting the big one. On top of that, Feige’s team wanted Tony Stark’s death to go toe-to-toe with Logan, which set the bar in killing off an iconic character.

“We saw Logan like the audience did, in a theater having nothing to do with the making of that film and went, ‘oh my god, what an amazing ending for Hugh as this character.’ And there are only a handful of examples where an actor so associated with a character can go out perfectly. That’s what we desperately wanted to give Robert, and that was what our focus was on.”

On the opposite end of that spectrum, when Tony died, he did it while wielding a magic space glove in a movie where time, space, and reality have absolutely zero permanence. Endgame was a giant bomb blast that announced, “We can do f*cking anything with these things now.” And that’s fine! The Marvel Cinematic Universe has been going buck wild in being a live-action comic book series that plays out in theaters, as it should, but with that comes the comic book trope that death doesn’t mean a goddamn thing. I mean, Christ, we’re talking about a new movie featuring Iron Man and Black Widow, the only two major characters who died in Endgame. C’mon.

Granted, Marvel isn’t bringing Tony or Natasha back from the dead (yet). Instead of the prequel/origin story that everyone assumed, Black Widow is oddly set between the events of Captain America: Civil War and Avengers: Infinity War, so narratively, these characters are still alive and presumably at odds. But it really cheapens the shit out of Tony’s death when RDJ pops back in for a cameo not even two movies after his big, dramatic, “end of an era” exit. Black Widow is literally the first Phase 4 film out of the gate, and already Marvel broke the glass on “In case of emergency, put Iron Man in it.” That’s not a great sign. Factor in the Spider-Man deal going to shit, which basically means Tony sacrificed himself to leave his legacy to… no one, and it’s almost impossible not to ask this question:

What the hell was even the point of Endgame? Seriously.

← Reddit Asks the Question: 'What Do You Think the 2010s Will Be Remembered For?' | Netflix's 'Daybreak' Trailer Reveals Teens Trampling The Zombie Apocalypse →