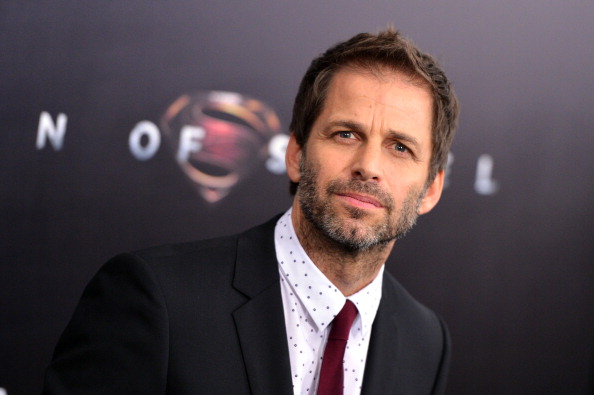 Let’s just get this out of the way first: Whenever you read a piece that comes from unnamed sources within a studio, it’s reasonable to wonder about those motives. Here, over 20 people involved with the release of Zack Snyder’s Justice League director’s cut claim that they believe Zack Snyder helped orchestrate the social media campaign that ultimately resulted in Warner Brothers spending another $100 million on Snyder’s cut, which involved a number of expensive reshoots and apparently footage that Zack Snyder was not supposed to have initially. The article also claims that a number of bot armies helped to amplify the social-media campaign and often targeted and harassed studio executives and others who either stood in Snyder’s way or that the fans perceived stood in his way.

So, who stands to gain from the article? Probably Warner Bros. and, if you read the article closely enough, maybe Joss Whedon, who the article occasionally suggests was a victim of this campaign. Does that mean it’s not true? Not necessarily: Two digital firms who investigate these sorts of things found that around 13 percent of the tweets associated with the #ReleasetheSnyderCut campaign were from fake accounts (Twitter claims that only 5 percent of its accounts are fake). If Snyder was behind the bot armies, it’s either sleazy, brilliant, or both, depending upon who you ask. If you ask me, yes: It’s sleazy, but do I feel bad for Warner Bros. if Snyder tricked them into ponying up $100 million for his cut? I do not. Did I watch Whedon’s Justice League or the Snyder cut? I did not. Warners claims that Snyder “weaponized a movement,” but to be fair, HBO Max also attempted to weaponize the same movement in order to gain new subscribers (it’s unclear how effective that was).

Moreover, even if 13 percent of the accounts were fake, that means that 87 percent of the accounts were genuine, and there were thousands upon thousands of Twitter accounts involved in promoting #ReleasetheSnyderCut … and also harassing studio executives or others the fans perceived stood in their way (people like Adam Wingard, the director of Godzilla vs. King, who was harassed because his movie was released by HBO Max the week after the Snyder Cut, which fans thought stole some of Snyder’s thunder).

I will say that, if you’ve spent any time on social media in the last 7 years, lived through the 2016 Presidential campaign, the Depp vs. Heard trial, checked a Rick & Morty Reddit thread, or insulted Joe Rogan or Dave Chappelle on your website that none of this is particularly surprising. Fandoms can be toxic, toxic fandoms are often amplified by bots, bullying and harassment have unfortunately proven to be effective, and already powerful men often stand to gain the most by these campaigns.

Final note: Everything else aside, the insinuations that the sources in the article make about Ray Fisher (and Gal Gadot and Jason Momoa’s support of Fisher) are not cool and suggest that their very real issues with Joss Whedon (supported by Whedon’s own history of toxic behavior) were fabricated or exaggerated or timed to support Snyder’s director’s cut.