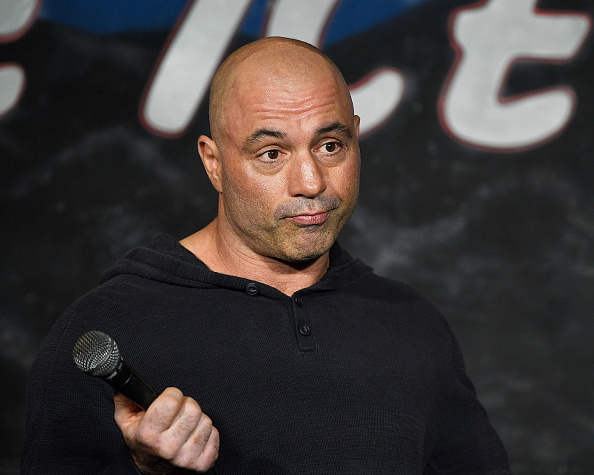 In a nearly 10-minute Instagram post (see below), Joe Rogan addresses the controversy surrounding the misinformation being spread on his podcast. He is mostly rambling and repetitive, but also genial and remorseful, though he seems to misunderstand why his podcast has generated so much controversy, specifically around COVID-19 and vaccines. He claims that he never meant to spark controversy and that all he ever wants to do is have a conversation with people from differing viewpoints.

Rogan singles out two specific episodes — the ones featuring Dr. Peter McCullough and Dr. Robert Malone — and reiterates their credentials, claiming that his only intention, again, is to hear from people whose viewpoints are out of the mainstream. He also suggests that their opinions could merely be ahead of their time — after all, he notes, if someone had suggested months ago that cloth masks were useless and that you could be reinfected after being vaccinated, they’d be banned from social media. Rogan, like a lot of people on the right making bad-faith arguments, does not take into consideration the evolving nature of the virus itself — cloth masks were never the best form of protection, but when supplies of medical-grade masks were limited, and when the virus wasn’t as transmissible, they were acceptable; likewise, reinfections were far less common before Omicron came along. I don’t think that Rogan is making his argument in bad faith; I think that Rogan is genuinely ignorant.

It’s not worth repeating all the COVID-19 misinformation that Rogan has spread through his podcast or debating each argument point by point. The issue, however, is not just in who he’s had on as a guest (although, that, too); it’s also that Rogan does not push back against the misinformation. By not disagreeing with it, he launders it. He reinforces it. He provides a powerful platform for dangerous quackery and gives it his stamp of approval to his 11 million (mostly young, easily persuadable male) listeners.

It’s also about who he chooses to have on his show. Why give, for instance, Alex Jones three hours to air his bullsh*t? Why have a conversation with Jordan Peterson about what constitutes being “Black.” It’s one thing to have conversations with people who are not in the mainstream; it’s quite another to afford them authority over topics of which they have no expertise under the guise of “a conversation.”

Rogan, however, vows that in the future, he will have more opposing voices on his podcast, which is to say: He’ll have on sane guests to counter the misinformation of his other guests, which is a bit like having on a Civil Rights leader after allowing a white supremacist to air his opinions for three hours. Like, just don’t have the white supremacist on in the first place, you know? Problem solved!

In any respect, Rogan also says he has no hard feelings for Neil Young or Joni Mitchell, whose music he appreciates. He also shares a lengthy Neil Young story that barely has anything to do with Neil Young.

I’ll grant him this: He sounds sincere in his apology (even if it does come under public pressure). The problem is, he doesn’t seem to understand what he’s apologizing for. There’s nothing wrong with “having a conversation.” It’s with whom you are having that conversation. Rogan is not a journalist, nor — as he concedes himself — does he prepare for the interviews. He’s therefore in no position to do anything other than to nod and agree with guests who share dangerous misinformation. As someone whose seal of approval means everything to his 11 million easily persuadable listeners, it’s the nodding and agreeing that’s a huge part of the problem.