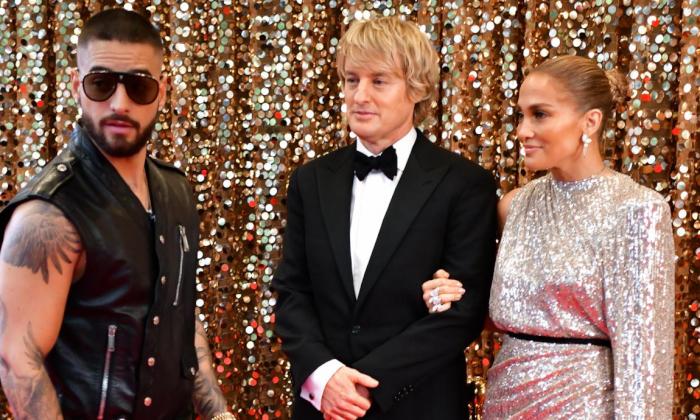 Watch J.Lo Bring Back the Mid-Aughts Rom Com in the Trailer for 'Marry Me'

When was the last great rom-com in theaters? Crazy Rich Asians, probably, although I don’t know why the success of that ($175 million domestic) didn’t prompt more big-screen rom coms (and where’s that sequel at, anyway?). In recent years, rom-coms have mostly been relegated to Netflix or Hulu, and with some exceptions (Palm Springs), they have mostly been mediocre.

Honestly, I miss the olden days when theaters would release a new rom-com once a month. Were they good? Sometimes! Sometimes not (although weirdly some of the bad ones have since gained affectionate followings (Sorry, Kaleena)). However, even the bad ones — with their airport runs and their trope-y best friends and their constant waste of James Marsden — had their charms. Bring back Katherine Heigl and Anne Hathaway and Kate Hudson and Matthew McConaughey, damnit!

J. Lo busted out a few, too, like The Wedding Planner, Monster-in-Law, and Maid in Manhattan. Were they good? That’s beside the point! Were they profitable? I mean, sometimes! Did we like having them around? Sure!

Now that the sitcom is dying (again!), we need those sitcom tropes on the big-screen more than ever, and who better to resurrect the rom-com than Jennifer Lopez? Here’s the trailer for Marry Me, which looks like something straight out of 2006. That’s not an insult. Mediocre rom-coms with charming leads is what Valentine’s Day moviegoing is all about. And this one has got it all, and by that, I mean: A silly, far-fetched high-concept premise, a few songs, someone being left at the altar, Sarah Silverman as the best friend, and Owen Wilson probably saying “Wow” at some point. It also provides a preview of the directing work of Kat Coiro, who is directing the forthcoming Marvel series She-Hulk.

← The 'Endless Thread' Podcast Series on Memes is Endlessly Fascinating | Hulu's 'Hit-Monkey': The Scintillating Story of a Simian Assassin →