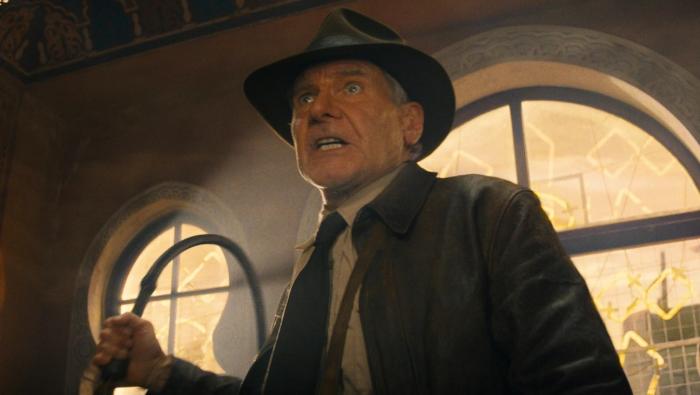 What I really wanted from the fifth installment of the Indiana Jones franchise was a deeply introspective Henry Jones, Jr examining his own mortality and reluctantly being drawn into one final adventure in search of an artifact with significant religious meaning on behalf of the family descended from Jesus Christ.

But that’s The DaVinci Code, so we’re getting Indiana Jones and the Dial of Destiny.

I’m on the fence because I do not love the CGI effects seen here and the action sequences in this franchise keep getting more ridiculous. But I do love pretty much the entire cast that’s been assembled for this one. Harrison Ford, Phoebe Waller-Bridge (Fleabag), Antonio Banderas (Pain and Glory), John Rhys-Davies (Raiders of the Lost Ark), Shaunette Renee Wilson (Black Panther), Thomas Kretschmann (Das Boot), Toby Jones (Jurassic World: Fallen Kingdom), Boyd Holbrook (Logan), Oliver Richters (Black Widow), and Mads Mikkelsen. (Another Round)

Plus, director James Mangold has an impressive track record. It’s possible Dial of Destiny can do for Indy what Logan did for Wolverine.

Indiana Jones is my favorite action hero so I’m definitely going to go see this no matter how dumb the horse running through the subway tunnel looks. 80-year-old Harrison Ford can still get it, and that John Williams theme can absolve a lot of sins.

Indiana Jones and the Dial of Destiny will be in theaters beginning June 30, 2023.


← Why Has Tim Burton's Work Gone So Downhill? | Lindsay Lohan and Her 'Pilk' Are the Real War on Christmas →