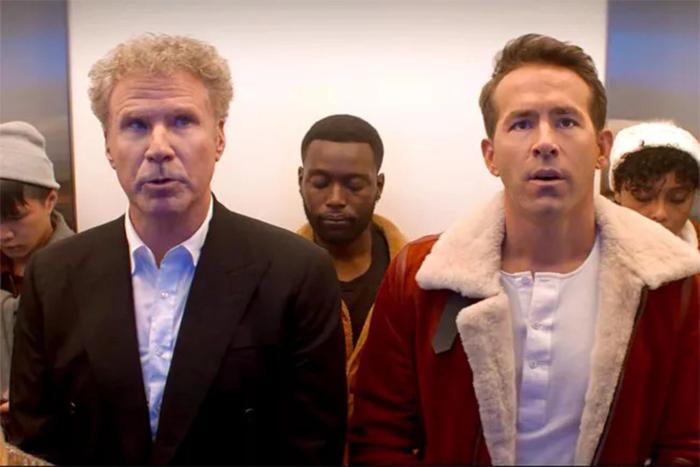 Now that Halloween is behind us, we’ve officially reached the holiday season. Eggnog is in the stores. People are already buying their Thanksgiving turkeys. Mariah Carey is slowly defrosting in a Beverly Hills warehouse. That means new Christmas movies and series, AAA game releases, and… a show based on the least popular Pitch Perfect cast character? Sure. Makes sense. Let’s run down the list.

A Christmas Story Christmas
Apart from It’s A Wonderful Life — which I haaaaaaate — I don’t think there’s a more contentious holiday film than A Christmas Story. Either it fills you with nostalgia for a time that never really existed, or you see it as a celebration of crass commercialism with a dash of Asian stereotypes. I fall into the former category, probably because as a little kid I too wanted a BB gun more than anything. I still remember unwrapping my first, and I still have both eyes. Anyway, Ralphie Parker (Peter Billingsley) is all grown up. His dad has passed (RIP, Darren McGavin) and it’s up to Ralphie to give his family the kind of Christmas he remembers from his own childhood. I was deeply cynical about this movie when I saw the first teaser but the trailer warmed up the cold cockles of my dead heart. That holiday spirit, man. It creeps up on you.


A Christmas Story Christmas premieres November 17, only on HBO Max.

Spirited
I recognize the existence of 4 film versions of A Christmas Carol; A Muppet Christmas Carol, Mickey’s Christmas Carol, Scrooged, and the granddaddy of them all, the George C. Scott version. That said, I’m a sucker for Christmas spirits and Apple TV+ is bringing some your way in the form of Spirited, featuring Ryan Reynolds as our modern day Scrooge and Will Ferrell as the Ghost of Christmas Present. Octavia Butler also stars, and it looks charming, corny, and all the things required from a Christmas movie. I’m all in when it drops November 18.


The Santa Clauses
I’m less in on the latest Disney+ rehash of old material with Tim Allen’s The Santa Clauses. Scott Calvin is turning 65 and, realizing he can’t be Santa forever, retires to spend time with his family like a Republican politician caught playing footsie in a bathroom stall. The first Santa Clause movie was charming, but the sequels offered diminishing returns that don’t look like they’ll improve this go-around. The 2-episode premiere arrives November 16.

Pitch Perfect: Bumper in Berlin
Speaking of diminishing returns, let’s talk about the Pitch Perfect series for a minute. The first movie is great. The second was pretty okay. The third… exists. But why executive producer Elizabeth Banks thinks we need a television series based on the movies’ most annoying character is beyond me. No one likes Bumper. Even Bumper doesn’t like Bumper. Peacock must be desperate. Anyway, Bumper moves to Berlin on the urging of Pieter Krämer (Flula Borg, the one ray of sunshine in the preview). Jameela Jamil also stars, and looks only 80% as ridiculous as she did as Titania.


I signed up to review this series and I already regret it. Pitch Perfect: Bumper in Berlin premieres November 23 only on Peacock, because no one else wants it.

God of War Ragnarok
Ice, snow, mistletoe, family squabbles, and the hungry dead trying to eat your face. You can’t get more Christmasy than that, and Santa Monica Studio and Sony are bringing us those holiday vibes early with God of War Ragnarök’s release next Wednesday, November 9. Kratos and son Atreus, now older and more confident in his skills, are on the run from several angry Norse gods. They’re trying to figure out the clues to Atreus’s future, and what role he plays in the prophesied end of the world. It’s a game all about that father-child dynamic and also murder. So why not make a weird commercial with several famous dads and their teen kids?


I’m not sure what I just watched but like Petr said in chat earlier, it doesn’t matter how they advertise this game. I’m so invested that I’ve already called out for next Wednesday. Daddy’s got Revenants to murder. Happy holidays!