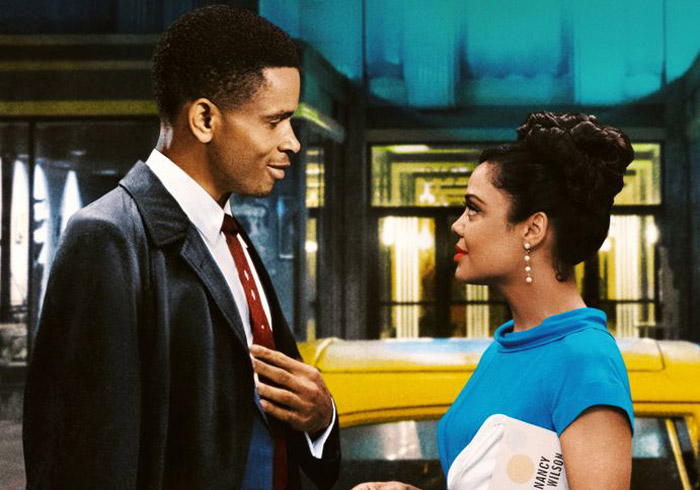 CLOUDS Comes to Disney+ on October 16.

Based on the true story of Zach Sobiech, this teen drama follows an aspiring musician, whose cancer diagnosis means he only has months to live, meaning only months to make a difference in the world.

TOTALLY UNDER CONTROL Now on Demand, hitting Hulu on October 20.

Hungry for some holiday cheer? Here comes the latest yuletide dose of comedy and romance from Netflix. Kat Graham stars as a promotion-chasing congressional aide who falls for a surly Air Force captain while planning the titular military tradition.

Are you sick to death of the parade of Christmas rom-coms? Well, then this spoof is for you.

PROXIMA Available on digital and VOD on November 6.

JIU JITSU In theaters, on Demand and digital on November 20.

Tony Jaa and Nicolas Cage team up for a movie. That’s all you need to know, right? Okay fine. It’s also got a “spaceman” warrior and it’s rated R for “violence throughout.”

I’M YOUR WOMAN Opens in select theaters on December 4 ahead of global launch on Prime Video on December 11.

From the director who brought us Fast Color comes a crime drama about a woman (The Marvelous Mrs. Maisel’s Rachel Brosnahan) who must go on the run with her baby once her husband crosses the wrong man. Arinzé Kene, Marsha Stephanie Blake, Bill Heck, and Frankie Faison co-star.

SOUL Premiering on Disney+ on Decemeber 25.

Jamie Foxx lends his voice to Joe Gardner, a middle-school band teacher who finally scores a chance to play at the hottest jazz club in New York City. Then, he dies and finds his soul in a strange realm where he teams up with a quirky sidekick to get a second chance. Also heard in this much-anticipated animated adventure are Tina Fey, Graham Norton, Rachel House, Alice Braga, Richard Ayoade, Wes Studi, Fortune Feimster, Zenobia Shroff, June Squibb, Phylicia Rashad, Ahmir “Questlove” Thompson, Angela Bassett, and Daveed Diggs.