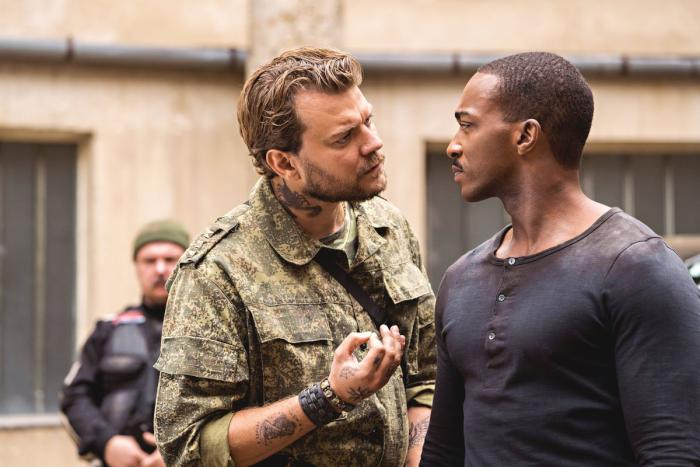 Netflix has a whole slew of new shows, seasons, and movies coming our way in the next couple months. To spark excitement over their upcoming line-up, the streaming service dumped a bunch of trailers this week. Within the batch, there’s a little something for everyone, whether you want dark drama, digital dinosaurs, true-crime docs, kooky fantasy, spooky sci-fi, or swooning romance.

Bridgerton
Premieres on Netflix on December 25.
Coming from Shondaland is this promising drama series sent in the Regency era England. Phoebe Dynevor stars as Daphne Bridgerton, a young maiden who will wind her way through a world of wealth, lust, and betrayal. Adjoa Andoh, Julie Andrews, and Jonathan Bailey co-star.

Asphalt Burning
Hits Netflix on January 11, 2021.
Do you like car chases and comedy? Cool. Then, you’ll squeal in excitement over third installment of the Børning-franchise.

Crack: Cocaine, Corruption & Conspiracy
Premieres on Netflix on January 11, 2021.
Stanley Nelson’s jolting documentary ushers audiences back to the early 1980s, when the crack epidemic laid havoc on America’s inner cities. Per the press release: Crack: Cocaine, Corruption & Conspiracy examines not only the personal devastation caused by the drug, but also the shadowy origins of the crisis and the resultant, ongoing marginalization of Black and Brown people trapped by the U.S. prison and healthcare systems.

Disenchantment: Part 3
Premieres on Netflix on January 15, 2021.
The crew behind The Simpsons is back with the third season of their fantasy cartoon series. With her mother resurrected and secrets uncovered, Bean is on a quest to save her kingdom. She will travel to bold new realms, meet curious new creatures, and get a badass glow-up.

Equinox
Coming to Netflix on December 30.
This Danish TV series begins with a harrowing occurrence: 21 high school graduates vanishing without a trace. 21 years later, Astrid (Danica Curcic) doggedly investigates the unsettling truth behind the disappearance of her sister Ida (Karoline Hamm) and her classmates.

Jurassic World: Camp Cretaceous
Coming to Netflix on January 22, 2021.
Did you know there’s an animated Jurassic World spinoff series? I didn’t. Yet here comes season two apparently. It involves dinosaurs, survival suspense, and a teen-influencer, because of course.

Night Stalker: Hunt For A Serial Killer
Premieres on Netflix on January 14, 2021.
Netflix has a slew of solid true-crime offerings. Their latest will follow the Night Stalker, a serial killer who terrorized Los Angeles and San Francisco in the mid-1980s. His M.O. involved breaking into homes and using an array of weapons—including handguns, knives, a machete, a tire iron, and a hammer—on its residents.

Outside The Wire
Coming to Netflix in January.
Anthony Mackie and Damson Idris star in an action movie about a drone pilot who teams up with an android officer to locate a doomsday device in a deadly militarized zone.

Tribes of Europa
Premieres on Netflix on February 19, 2021.
Craving a new sci-fi series? Per the press release: The future is not what you expected. The 2074 Europe is split into many Tribal states fighting for dominance. The three siblings Kiano (Emilio Sakraya), Liv (Henriette Confurius) and Elja (David Ali Rashed) get caught in the middle of this bloody war and are forced to forge their own paths.

Finally, here’s Netflix’s compilation for their new January offerings, which include Pieces of a Woman, Cobra Kai, History of Swear Words, and more.