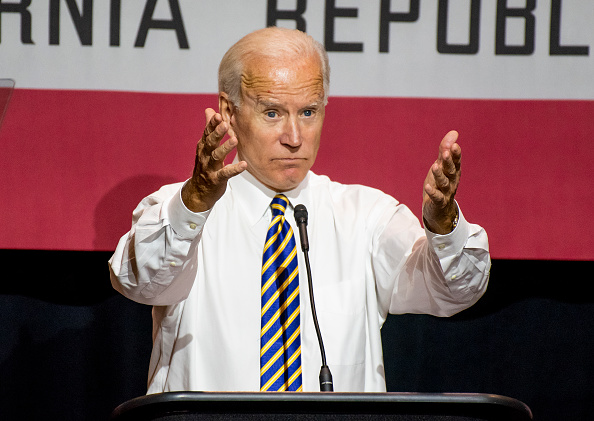 Yesterday, Joe Biden announced that he would nominate Pete Buttigieg to run the Department of Transportation. I don’t know that I need to weigh in on whether the mayor of South Bend is qualified to run the Department of Transportation, but I do know he’s very smart, and in case you didn’t hear, he was in the military and he can speak 7 different languages. I’m sure this is a victory for the moderate wing of the party, except that Buttigieg is not really a moderate or a progressive. He’s what you want him to be. Whatever the case, my hope was that his entire job would be to appear on Fox News and further humiliate their anchors with some of that midwestern niceness, but I guess Biden didn’t want to antagonize Fox News anymore, so they buried Buttigieg at the Department of Transportation, which is a step up for former mayor of South Bend, but a step down, I’m sure, from what Buttigieg had hoped for.

Meanwhile, Biden is also apparently exploring the idea of nominating a Republican for Commerce Secretary. Most Presidents do this — pick someone from an opposing party to serve in the cabinet, and it usually creates some headlines for half a day, and then no one remembers. For instance, did you even remember that Obama had four Republicans serve on his cabinet over eight years, or that George W. Bush had a Democrat run the Department of Transportation? Hell, even Trump initially hired Gary Cohn as the director of the National Economic Council. He was one of those Wall Street Democrats, and I’m sure that whoever Biden nominates will be a never-Trump Republican (like Meg Whitman). I certainly wouldn’t see this as an attempt to reach across the aisle to Trump supporters because whoever he chooses will probably piss off Trump and will not be a Trump loyalist.

Why? Because Trump loyalists behave like Betsy DeVos, the worst first-round member of Trump’s cabinet, who is still at the Department of Education, and who implored career employees at the department yesterday to resist Biden’s efforts to undo whatever messes DeVos has made of the Department. “Let me leave you with this plea: Resist,” she said. “Be the resistance against forces that will derail you from doing what’s right for students. In everything you do, please put students first — always.”

I’m not sure that DeVos — who gave alleged campus rapists additional protections — has any idea what’s best for the students.

In either respect, this is all business as usual, pre-Trump, and it’s clear that what Biden really wants to do is to try and bring the country back to 2016, re-establish norms, and try and coax the country into chilling the f**k out. It’s unclear how successful such an effort will be as long as Donald Trump has a Twitter account and isn’t in prison, but Biden is endeavoring to reach out to Republican Senators and make nice. I don’t know that Biden is going to find a lot of common policy ground with Republican Senators — only 12 of whom have acknowledged his victory, so far — but I wouldn’t object to Biden working with Senators Collins, Romney, and Murkowski on issues like, “Is science real?” It’s good to have four or five Republican Senators who at least live in the same political reality; they may not agree on tax reform, but they can agree on whether or not busloads of ballots were air-dropped into a majority-Black city in a battleground state in the middle of the night.

If Democrats do not win the Georgia runoffs, the next four years may not be less about advancing any political agendas, and more about reestablishing Democratic norms, i.e., unf**king the country. Having at least 50 Senators on your side who all believe the same baseline set of facts is helpful. There is, after all, a difference between Mitt Romney and Ron Johnson, the Wisconsin Senator. From the Washington Post:

Sen. Ron Johnson believes Americans have been “snookered into this mass hysteria” about the coronavirus. He continues to promote the use of hydroxychloroquine, rejecting scientific studies that found it can endanger covid-19 patients. He has said the country’s intelligence service conspired with the media to undermine President Trump.

Now the Republican from Wisconsin is using his last days as chairman of the powerful Homeland Security and Government Affairs Committee to investigate what he calls “election irregularities” related to the 2020 campaign.

You can’t work with that guy when you’re trying to push a mask mandate, and over the next four years, in some respects, it may be less about Republican vs. Democrat and more about Reality vs. Conspiracy theory. For instance, did you see this nut yesterday in Texas — a former Houston police captain — who ran a man off the road and pointed a gun at his head because the police captain believed the man had 750,000 ballots hidden in his truck? The former police officer had been paid $250,000 by a private group called “Liberty Center for God and Country.” The man he ran off the road and threatened was a f**king air-conditioned repairman, and he didn’t have 750,000 fraudulent ballots in the back of his truck. He had air-conditioning parts.

There are basically 40 Republican Senators right now who live on the same wavelength as that former Houston police officer, and they chair a lot of powerful committees. I don’t want to upset any of my progressive friends, but if Biden can work with a few of the less deranged Republicans on an issue like, “Should we discourage people from holding guns to the heads of air-conditioning repair people we believe to be involved in fraudulent ballot schemes,” I think I’m OK with that.

Speaking of Congress, it does look like they have come to an agreement on a COVID relief deal, one that would involve direct payments, but no additional state and local funding. The liability shield for businesses has been left out, as well. I’ll report more on that when details become available.