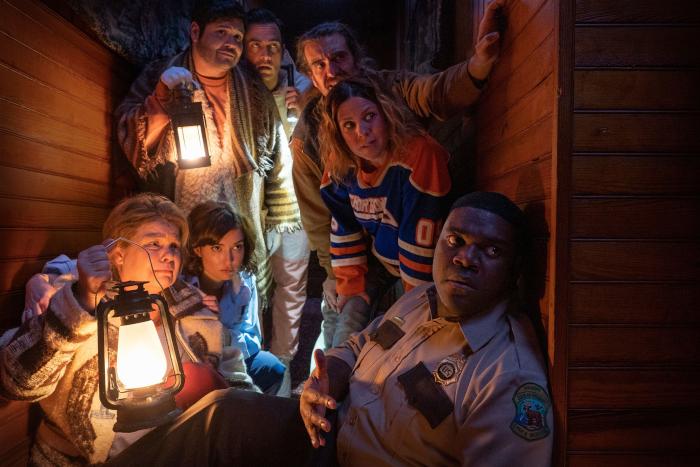 Trailer Park: Werewolves, and Ogres, and Hustlers, Oh My!

Whether you want something fresh, familiar, or frightening, we’ve got you covered with our latest trailer round-up.

Synopsis: “Shrek sparked a motion picture phenomenon and captured the world’s imagination with…the Greatest Fairy Tale Never Told! Shrek (Mike Myers) goes on a quest to rescue the feisty Princess Fiona (Cameron Diaz) with the help of his loveable Donkey (Eddie Murphy) and win back the deed to his swamp from scheming Lord Farquaad (John Lithgow).”

Why we’re stoked: What better way to celebrate the Academy Awards than revisiting the 2002 winner of Best Animated Feature!

What Lies West: Coming to VOD/DVD on May 11.

Synopsis: “What Lies West is a contemporary coming-of-age drama set in the midst of a lush Northern California summer. New grad Nicolette is desperate for work, so she takes a summer job ‘babysitting’ a sixteen-year-old charge who’s suffocating under her mother’s over-protective rules. Together, they set out on their biggest adventure yet: a four-day hike from the backwoods of Sonoma County to the shores of the Pacific Ocean.”

Why we’re stoked: Jessica Ellis (the hilarious @baddestmamajama) makes her film debut? You bet we’ll be there.

Oxygen: Releasing globally on Netflix on May 12.

Synopsis: “Oxygen is a French survival thriller directed by Alexandre Aja. The film tells the story of a young woman (Mélanie Laurent, 6 Underground, Inglourious Basterds), who wakes up in a cryogenic pod. She doesn’t remember who she is or how she ended up there. As she’s running out of oxygen, she must rebuild her memory to find a way out of her nightmare.”

Why we’re stoked: We value thrillers as space to work out our anxieties, even when they’re thrillers lacking space.

Take Out Girl: Releasing to digital on May 18.

Synopsis: “Inspired by true events from the life of co-writer and star Hedy Wong, Take Out Girl tells the story of Tera (played by Wong), a 20-year-old Asian-American woman who parlays her family restaurant delivery expertise into a profitable drug hustle in order to help her immigrant mother’s struggling business.”

Why we’re stoked: Respect to the hustlers.

New Order: Opening in theaters on May 21.

Synopsis: “Conceived six years ago, Michel Franco’s near-future dystopia feels ripped from headlines that haven’t yet been written. While protests rage in the streets, Marianne’s high society family prepares for her wedding. At first, only splatters of green paint and the appearance of Rolando, a former employee seeking emergency medical funds, intrude on the festivities. But soon the party is unable to keep the reckoning at bay, and what follows is a swift disintegration of law and order defined first by class lines, then by disastrous government recapitulation.”

Why we’re stoked: New Order’s been gathering praise on the festival circuit with a message that is infuriatingly timely.

The Retreat: Opening in select theaters and on VOD on May 21.

Synopsis: “Renee and Valerie, a couple at a crossroads in their relationship, leave the city to spend the week at a remote cabin with friends. But when they arrive, their friends are nowhere to be found. As they stumble through their relationship woes, they discover they are being hunted by a group of militant extremists who are determined to exterminate them.”

Why we’re stoked: Cottagecore goes hardcore in this lesbian slasher!

Take Back: Opening in select theaters, on digital, and On-Demand on June 18.

Synopsis: “Zara (Gillian White) and Brian (Michael Jai White) are living the perfect small-town life when Zara heroically foils a robbery and becomes headline news. This unwanted notoriety draws elements of Zara’s mysterious past back into her life, putting the lives of her family in danger. When Zara and Brian’s daughter is kidnapped by a sadistic gang of people traffickers led by the vicious Patrick (Mickey Rourke), the pair face a race against time to save her life. With Det. Chalmers (James Russo) also on Patrick’s trail, Zara and Patrick’s paths collide in a final stand-off in the desert.”

Why we’re stoked: You had us at kicking an abusive creep in the chest. (See below.) Mickey Rourke smashing skulls as a smug baddie is a bonus.

Werewolves Within: (Pictured up top) Following its Tribeca Film Festival world premiere, the film will be coming to theaters on June 25, then On Demand on July 2.

Synopsis: “After a proposed pipeline creates divisions within the small town of Beaverfield, and a snowstorm traps its residents together inside the local inn, newly arrived forest ranger Finn (Sam Richardson) and postal worker Cecily (Milana Vayntrub) must try to keep the peace and uncover the truth behind a mysterious creature that has begun terrorizing the community.”

Why we’re stoked: It’s a werewolf movie from Josh Ruben, the writer/director/opposite-Aya-Cash-co-star of Scare Me. Sold. A cast that Richardson and Vayntrub as well as Cheyenne Jackson, Michaela Watkins, and Harvey Guillén is just gravy. Delicious, hilarious gravy.

Last but not least, here’s a look at all the new content coming to Netflix in May:


← 5 Shows After Dark: 'Snowfall' Season 4 Finale FX, 'The Challenge: Double Agents' 36th Season Finale | 'Master of None' Season 3 Is Actually Real and Hitting Netflix in May →