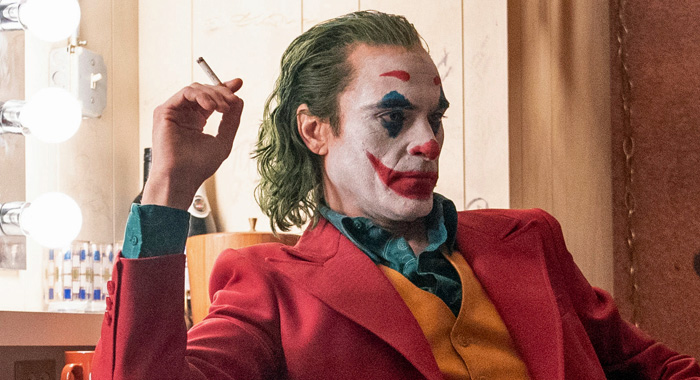 Todd Phillips Shoots Down 'Joker 2' Reports, Says There's No Contract or Even a Script

Yesterday, the internet went nuts after THR essentially announced that Todd Phillips is locked down for a Joker sequel, which of course, seemed inevitable after the first film did over a billion dollars in box office. When you make a comic book movie, it’s going to make comic book money and get comic book fans excited for a comic book franchise based on that comic book movie. (Have I mentioned that Joker is a comic book movie? I might’ve been too subtle back there.)

THR also claimed that in October, Phillips strolled into Warner Bros. offices and requested the “rights to develop a portfolio of DC characters’ origin stories,” but he only walked away with the rights to one character. (If you’ve been obsessively following Joker, that tidbit probably sounded awfully familiar, so hold that thought.) However, in the midst of all of this, Deadline published a report that flat-out said the October meeting never happened and there have been “no real moves” on a Joker sequel. But by that point, Joker 2 was already trending on Twitter. Deadline might as well have been screaming into a hurricane, which is unfortunate because its reporting was correct.

In a new interview with IndieWire, Phillips set the record straight and basically confirmed Deadline’s reporting. Not only does he deny the October meeting ever happened, but he points out that the part of him pitching a whole portfolio of DC characters is actually the story of how he landed Joker.

“When I pitched them ‘Joker,’ it wasn’t a movie, it was, let’s do a whole label,” Phillips said. “They shut that down quickly and I get it. Who am I to walk in and start a label at a film studio? But they said, let’s do this one.”

As for Joker 2, Deadline is again correct. There is no deal, and a script isn’t even in development. Is talk of a sequel in the mix? Of course. The movie made a billion dollars, so naturally Warner Bros. is going to want to milk that for all its worth.

“Here’s the real truth about a sequel,” Phillips said. “While Joaquin and I have talked about it, and while touring the world with Warner Bros executives — going to Toronto, and Venice, and other places — of course, we’re sitting at dinner and they’re saying, ‘So, have you thought about…?’ But, talking about contracts, there’s not a contract for us to even write a sequel, we’ve never approached Joaquin to be in a sequel. Will that happen? Again, I just think the article was anticipatory at best.”

Phillips hasn’t exactly been shy that he’s open to a Joker sequel, but there’s a deciding factor that can stop everything dead in its track: Joaquin Phoenix. It took a lot of convincing just to get him on board the first film, and a big part of that was selling him on the idea that it’s not a “comic book movie,” which he’s been actively avoiding. (Marvel unsuccessfully pursued Phoenix for Dr. Strange before settling on Benedict Cumberbatch.) So it’s going to be very interesting to see if he’s willing to come back for a cash-grab sequel that will essentially turn their one-off Scorsese-esque cinema experience into an ongoing franchise. Although, maybe they can bait him back by promising to never make him do junket interviews again.

In the meantime, I do love how nobody batted an eye at the initial report of Phillips launching a slew of DC origin stories. It really says a lot about Warner Bros. that everyone could easily see them replacing Zack Snyder with the “Paging Dr. F*ggot” guy. Let’s be real, it’d be extremely on-brand. Possibly even peak on-brand.